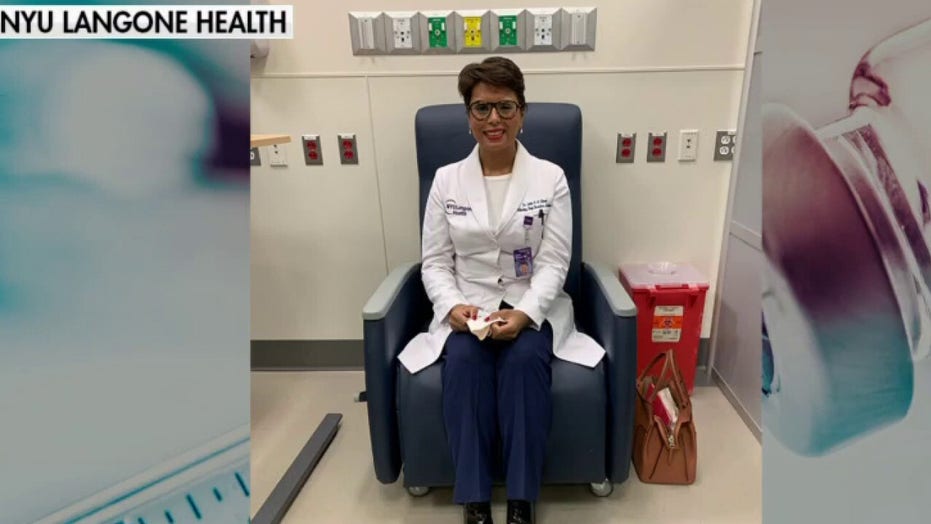 Pulmonologist at NYU Langone Dr. Qanta Ahmed weighs in on the milestone and shares her experience getting vaccinated.

An Oregon salon owner has filed a fresh lawsuit against Gov. Kate Brown over fines for opening her business during a coronavirus closure, according to reports.

Glamour Salon owner Lindsey Graham reopened her salon in May and received a fine of $14,000 from the state.

Now, she is suing the governor for $100,000 in damages due to the closure and the fine issued against her. 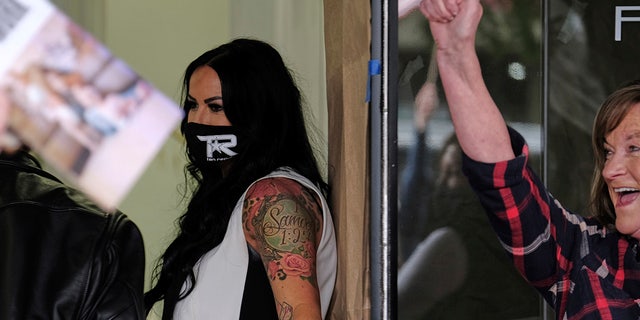 Owner of the Glamour Salon, Lindsey Graham, opens the door to a client during the reopening of the business in Salem, Ore., on May 5, 2020, as people gather outside to show support as she cuts hair inside. The decision to reopen is in direct violation of Gov. Kate Brown’s orders for nonessential business to remain closed. (Alex Milan Tracy/Sipa USA)(Sipa via AP Images)
(AP)

Graham claims that Brown does not have the authority to close private businesses that can demonstrate they can operate safely and adhere to the requirements the government laid out.

OREGON PARENTS RALLY FOR KIDS TO RETURN TO SCHOOLHOUSES

"If we can all get back to work and feed our families, then I'm going to keep doing it," Graham said. "It's my constitutional right to earn a living for my family, and I'm going to do it."

Graham also claimed that the Occupational Safety and Health Administration closed her case, deeming her business a "hazardous facility" for her employees.

"I have independent contractors who are choosing to work at this facility," Graham explained.

Oregon instituted strict lockdown measures in March, trying to slow the spread with its "Stay Home, Save Lives" initiative.

After nearly two months of lockdown, Oregon allowed limited reopening in May: Counties had to demonstrate a declining prevalence of COVID-19 as well as extensive contact tracing.

Graham first filed a lawsuit in July against the Oregon Department of Human Services and the Public Health Division, claiming that the fine was illegal, Oregon Live reported.

"It’s to prevent Americans from losing their livelihoods," Graham said in her first lawsuit.

Graham’s attorney at the time alleged that the government was trying to "make an example" of her.