THE HEARTBROKEN parents of a Scots lad who took his own life say they are '100 per cent certain he'd still be alive if it wasn't for lockdown'.

Corey Liversedge, 16, tragically took his own life on October 24 after struggling with his mental health during lockdown. 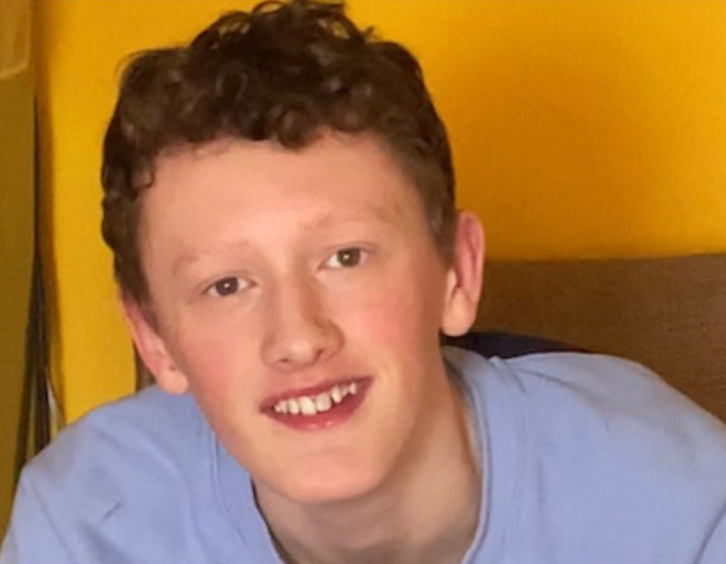 Keen swimmer and hill walker Corey, from Cushnie in Aberdeenshire, had found being away from his friends and not being able to be as active during lockdown difficult.

His grief-stricken parents bravely chose to speak out and try to help other parents who may have children who may suffer like Corey did.

Mum Kerry and dad Adam also believe "with 100 per cent certainty" that Corey would still be alive today if not for lockdown restrictions.

Kerry, a teacher at Aboyne Academy, said the family have been shown incredible support from those who knew Corey, with his brothers Torin and Glenn also comforted by those around them.

Speaking tothe Press and Journal, she said: “The outpouring of love we have had from swimmers, pupils, teachers and everyone has been incredible.

“The house is full of cards and flowers, and every single little bit has helped. People have shown us how much they loved him.

“I only wish Corey had known. I just don’t think he realised about how many people loved him.

It's the biggest killer of people under the age of 35, more deadly than cancer and car crashes

Let's all vow to ask for help when we need it, and listen out for others…You're Not Alone.

“If he only had a little inkling of what people thought of him, I think he’d be here today. And if it was not for Covid-19, he would definitely be here with us today.

“He’s not one for Facebook or WhatsApp or anything like that, so he didn’t have that. So that break in the connection with his mates was tough.”

Dad Adam hailed his "intelligent" son as he said Corey "didn't get the chance to live the life he should".

You can donate to the fundraiser here

He said: "I can say with 100% certainty that we would still have our son today if it had not been for lockdown.”

“We just didn’t see it coming at all. Corey didn’t get the chance to live the life he should have had."

The family launched a fundraiser to support an environmental charity close to Corey's heart as well as mental health charity Men Matter Scotland.

Already £14,894 has been raised on the JustGiving page. You can donate to the fundraiser HERE.

Kerry also called on Scots parents to constantly communicate with their children and "encourage them to talk".

She said: “The teenage years are really tough. Kids are prickly and one second they love you and the next they can push you away.

"But tell them you love them every night, and tell them that you’re proud of them and keep those lines of communication open.

“They just need to let it out, and not internalise things they can’t understand as a kid."

Corey's funeral cortege will travel from Brian Smith Funeral Services on Huntly Road in Aboyne to a private ceremony at Baldarroch Crematorium in Crathes on Friday at 1.45pm.