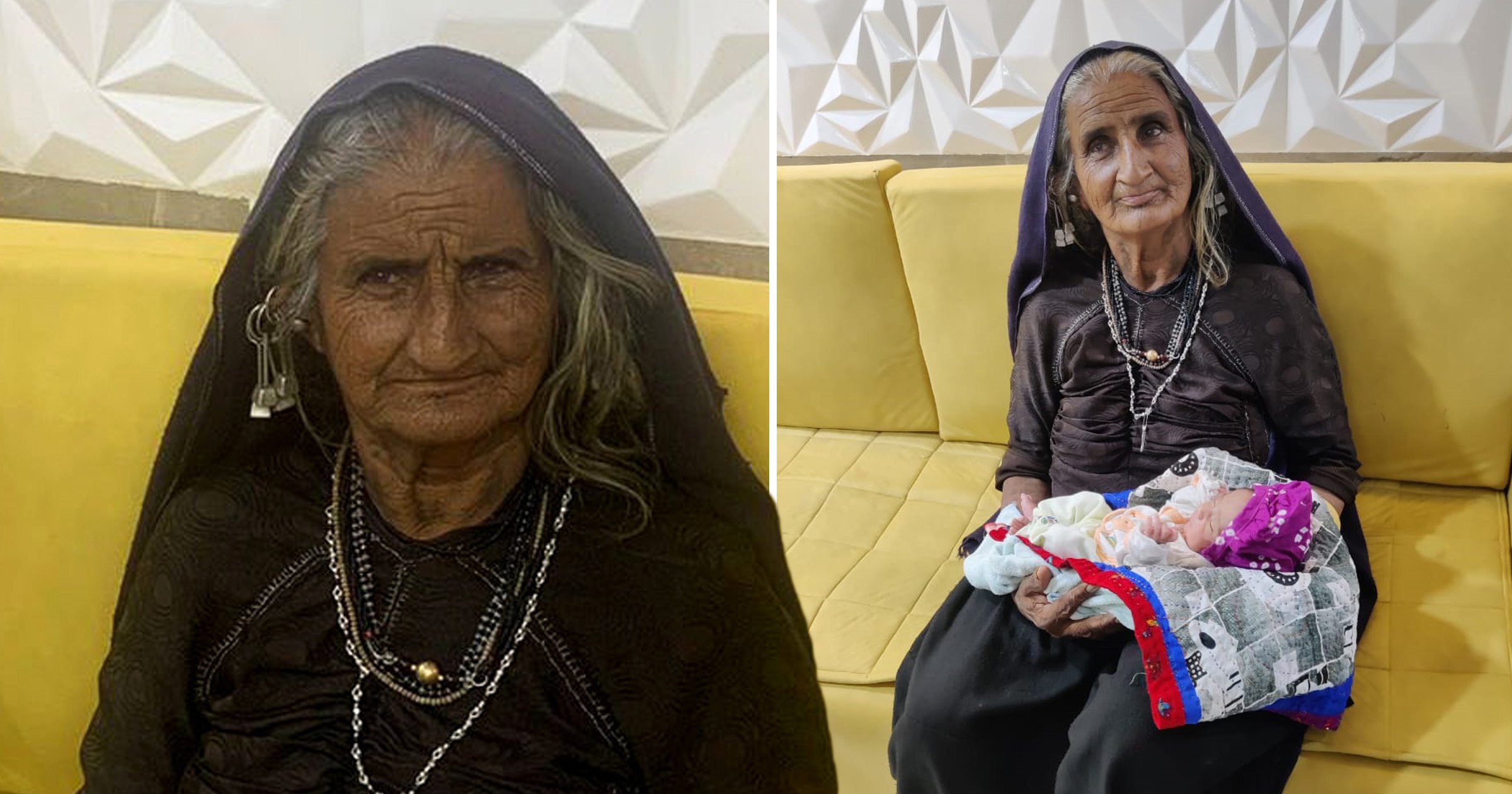 A woman in India could make the record books as one of the oldest people to ever give birth.

Jivunben Rabari, believed to be 70-years-old, says she gave birth to a baby boy who was conceived through IVF.

The child is the first for Ms Rabari and her 75-year-old husband, Maldhari, after nearly five decades of marriage.

The new mum, who is from a small village called Mora, in Gujurat, said she does not have ID to prove her age but claimed to be 70.

This would make her one of the oldest first mothers in the world.

Dr Naresh Bhanushali, who helped the couple with their IVF, said: ‘When they first came to us, we told them that they could not have a child at such an old age, but they insisted.

‘They said that many of their family members did it as well.

‘This is one of the rarest cases I have ever seen.’

While most pregnancies lead to a healthy baby, the chance of problems rises with age, and experts warn people over the age of 40 are at a higher risk of complications.

According to a report by the Royal College of Obstetricians and Gynaecologists (RCOG), the optimal age for childbearing is 20 to 35.

Most people over the age of 45 cannot conceive without the help of IVF, and the older they are, the more difficult it is.

The American Society of Reproductive Medicine (ASRM) says women of any age can get pregnant with medical help, provided they have a ‘normal uterus’, even if she no longer has ovaries.

But in 2019, Metro.co.uk reported how another Indian woman, named Erramatti Mangayamma, welcomed twins through IVF aged 74.

This made her the oldest woman in the world to give birth.

At the time, she surpassed the age of the previous oldest mum in the world, Daljinder Kaur, from Punjab, who gave birth aged 70 in 2016.