It’s a bird, it’s a plane! Peregrine falcon looks just like a B-2 bomber as it dives towards the earth in dazzling shot

A peregrine falcon has been pictured as it dives in an airfoil looking like a B-2 bomber in an impressive shot.

The bird of prey is darting downward as if it is about to demolish a target. 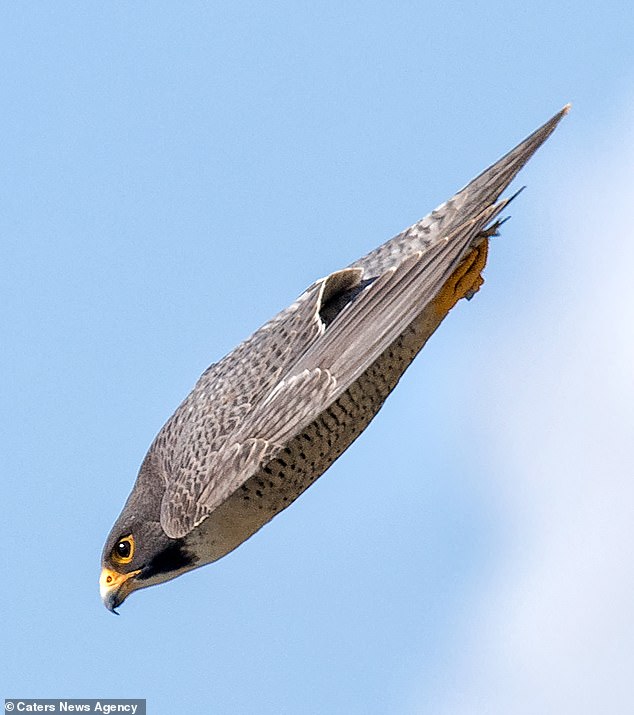 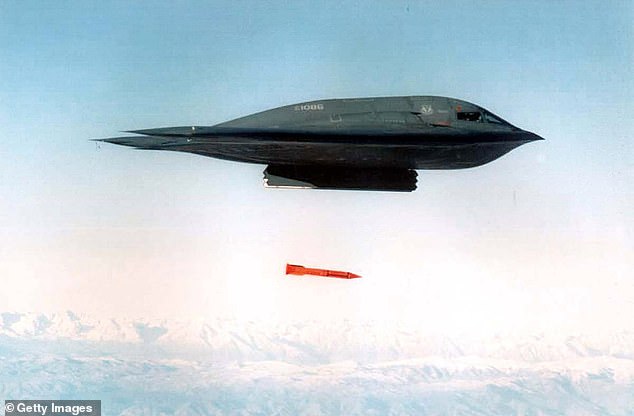 Mr Kaestner was at a known spot for sighting the prestigious birds of prey, in La Jolla, a seaside section of San Diego, when he took the pictures.

The photographer said: ‘Shooting Peregrine Falcons specifically is really a sport, it’s basically hunting, but as I say, I don’t use a gun, I use a camera.

‘I was shooting on a cliff near where this bird and his mate have a nest. There birds return to this location every year to raise their young, so it’s a known stake out spot.

‘The key is being on the ready for hours at a time, which is pretty boring, but zeroing in on them as they fly past is just exhilarating.’

The shot took hours to get and Mr Kaestner says is about being patient, comparing wildlife photography to hunting.

Thomas said: ‘Just like hunting; prep work, being in the right spot, anticipating what the subject will do, and executing when the time comes. 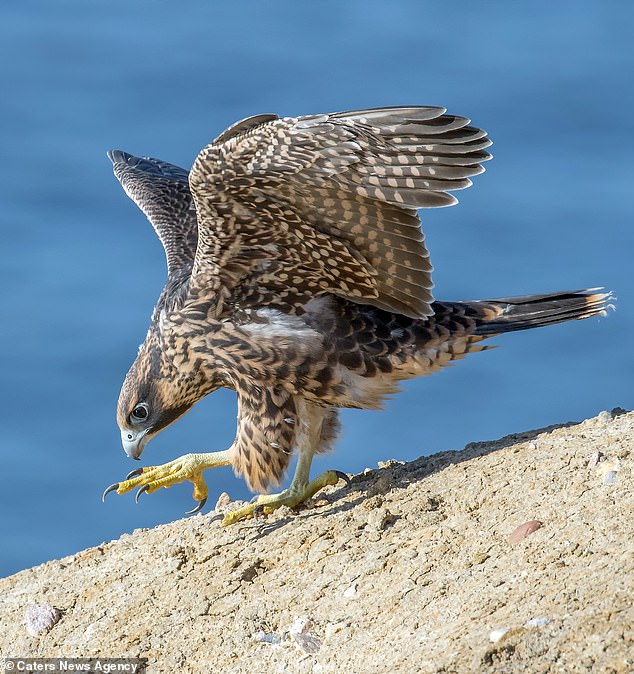 The photographer captured several shots and compared wildlife photography to hunting, but using a camera instead of a gun

‘It’s an amazing sense of accomplishment to ‘get the shot’, when all the preparation pays off.

‘It’s a touchdown, a goal and bagging a trophy all wrapped up in one.’

The peregrine falcon, considered to be one of the fasted birds, can reach a speed of 390 km/h. 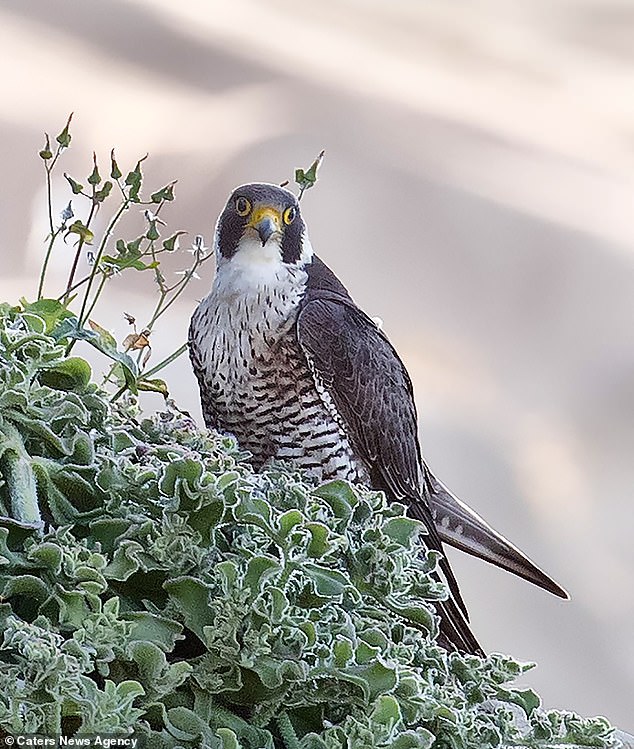 The B-2, one of the most feared aircraft in the world, was originally intended to carry nuclear bombs into the Soviet territory during Cold War.

Thanks to its shape and stealth systems, it could go undetected by Soviet radars.

Since the Soviet Union collapsed and the Cold War ended, the B-2 has been used as a conventional bomber.