Pharmacist, 38, who sold £1million worth of prescription drugs to dealers on the black market is struck off

A pharmacist who helped criminals sell more than £1million illegal drugs on the black market has been kicked out of the profession.

Balkeet Singh Khaira used his connections as a chemist to order large quantities of prescription pills and flog them to drug dealers.

The 38-year-old ordered 29,000 packs of Diazepam, Nitrazepam, Tramadol, Zolpidem and Zopiclone while working for his mother’s business.

Khaira, from Sutton Coldfield, West Midlands, confessed to five charges of supplying controlled drugs at Birmingham Crown Court in February this year and was sentenced to 12 months in jail.

Now, a fitness to practise committee of the General Pharmaceutical Council has ruled he will be struck off as a pharmacist. 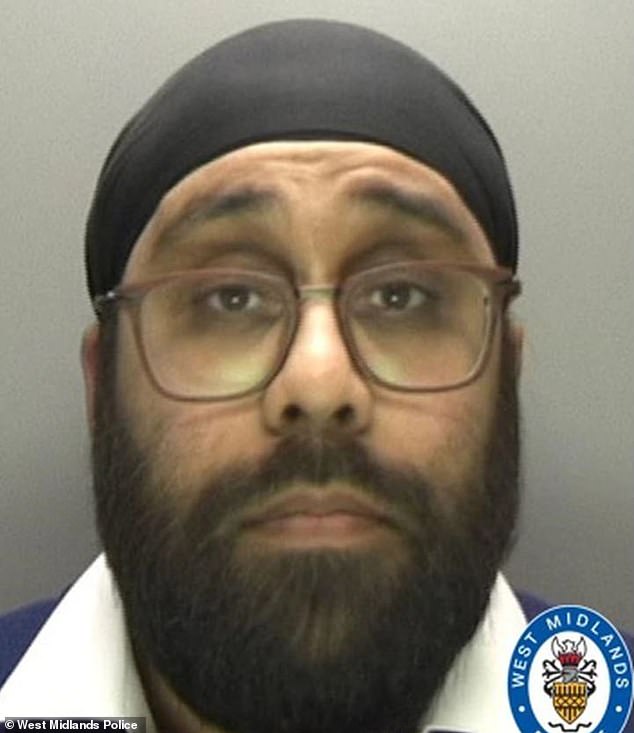 Balkeet Singh Khaira, 38, used his connections as a chemist to order large quantities of prescription pills and flog them to drug dealers

The committee heard evidence that Khaira even pretended to be his mother in emails to the medicines and healthcare products regulatory agency (MHRA) to try and put investigators off the scent.

But he finally admitted his crimes when he was interviewed by police, telling them he was ‘under duress’ from another employee who was working with criminal gangs to sell the drugs.

The offences took place between February 2016 and August 2017 at the Khaira Pharmacy in West Bromwich.

The committee also heard evidence from the court case, in which Judge Heidi Kubik said in her sentencing remarks: ‘These are serious offences.

‘You allowed five different types of addictive Class C drugs to be diverted onto the black market in significant quantities, some 29,000 packs deemed so diverted with a potential street value of £1,052,000.

‘The pharmacy was run by your mother for many years and your actions caused her to be arrested when she had done nothing wrong, and her business and reputation have suffered as a result of your actions. 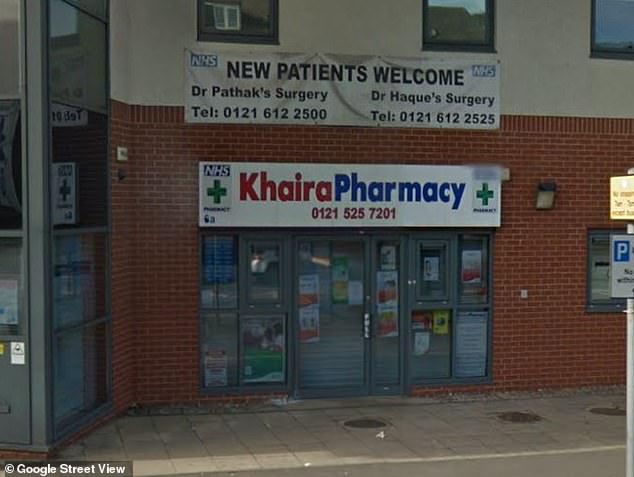 The committee heard Mr Khaira’s personal benefit from supplying the drugs was ‘almost £60,000’.

He told police he was ‘under duress’ from an employee at the pharmacy to order excessive amounts of Class C drugs and this employee was working on behalf of a criminal gang.

In his plea before the Crown Court, Mr Khaira said he met a man at his gym in 2013 and they became friends. The man then began working for Khaira Pharmacy in 2016.

Zopiclone tablets are prescription-only and are taken to treat insomnia.

It is usually never prescribed for more than four weeks.

This is because you can become dependent on the drug.

It is also because your body builds up a resistance to its effects.

The most common side effects – which hit more than one in 100 – are a bitter or metallic taste in the mouth, dry mouth and feeling sleepy or tired.

Rare side effects include amnesia, hallucinations, falling over, delusions and depression.

Mr Khaira went on to say he was then approached by three men who made physical threats of violence to him and his immediate family. As a result of this, he allowed the pharmacy to supply the drugs due to ‘ongoing threats and pressure’.

David Bleiman, chair of the fitness to practise committee, said: ‘These medications are controlled in order to protect the public and, once illegally supplied to another person, there is a significant risk that these potentially addictive drugs may have been used by people without input from a clinician and without a genuine clinical need for the medication.

‘[Mr Khaira’s] illegal behaviour was so serious as to bring the profession in to disrepute. This was not a minor conviction for a matter unrelated to the profession. This conviction involved the blatant abuse of the privileged position of a pharmacist to divert a large quantity of controlled drugs, thereby placing the public at risk.

‘[Mr Khaira’s] convictions are so serious as to amount to a major breach of trust. When [he] came under duress to supply drugs illegally, [his profession] required him to report that concern, rather than to comply with the duress and subsequently gain personal financial advantage.’

The committee struck Mr Khaira’s name from the register.