Carney had recently recovered from Covid-19, but had Alzheimer's disease for more than a decade, the Wichita Eagle reported. 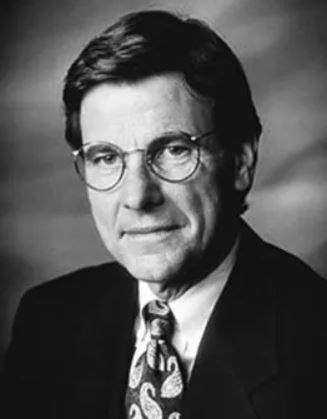 He died at 4.30am. at an assisted living facility in Wichita, his wife and brother told the Eagle.

Frank Carney was a 19-year-old student at Wichita State University when he and his 26-year-old brother, Dan, borrowed $600 from their mother to start a pizza business in 1958 near their family's Carney's Market.

"When you are starting a business that's going to pay your way through college, you don't even think about what the economy is doing," Carney once told a 1992 entrepreneurship conference at Wichita State.

"We didn't care about who was in the White House or what the unemployment rate was," he said. "The entrepreneur, all he thinks about is: Is there a market for the product? Can I sell it?"

PepsiCo bought Pizza Hut for $300million in 1977. Over the years, he got involved in various business ventures, including other food companies, real estate, oil and gas, automotive, rental and recreational businesses.

Only five of about 20 of the companies made him money, which his brother contends is actually not a bad average.

He probably lost most of what he had made in Pizza Hut, Dan Carney said. He was not depressed. He was just aggressive to build something different.

When PepsiCo decided to move the Pizza Hut headquarters from Wichita to Dallas a decision Frank Carney thought was a mistake it solidified his decision to become a Papa John's Pizza franchisee in the 1990s and compete against his former business associates in the Wichita market.

Frank Carney had one of the largest Papa Johns franchises and kept working until Alzheimer's struck.