Porcelain bowl that sat on shelf for years sells for £200,000 after experts realised it was rare artefact from reign of 18th century Emperor Yongzheng

Owners of a porcelain bowl that sat on their shelf for years were ‘shocked and delighted’ to find it was a rare 18th century Chinese antique worth more than £200,000.

While clearing out to move house the owners took the piece to an auctioneer in Bath, Somerset, where it’s regal heritage was discovered.

Dating from between 1722 to 1735 the rare bowl was found to be from the reign of the Chinese Emperor Yongzheng. 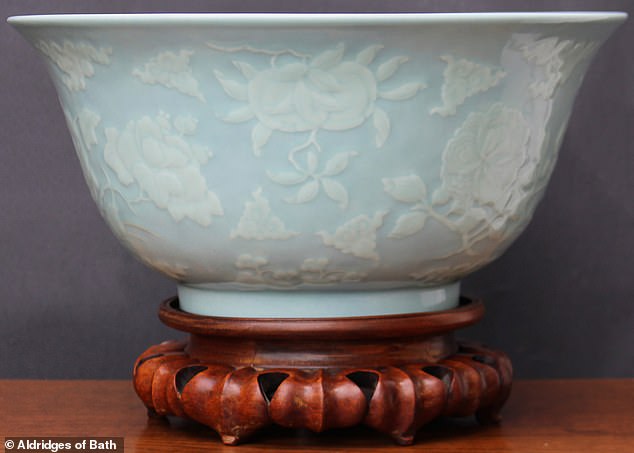 The small blue and white bowl flew at auction with ‘fierce telephone bidding’ seeing the item quickly surpass experts’ estimates of £20,000 to £30,000 and selling for ten times that amount, £220,000.

Auctioneer Ivan Street from Aldridges of Bath told the BBC that the owners of the precious bowl had had ‘no idea’ at the lot’s true value.

He said: ‘She knew it was a lovely thing but no more than that.

‘The sale surpassed all expectations.’

Mr Street said the lot is particularly valuable as the Chinese Emperor Yongzheng’s reign was short, only 13 years, meaning not many items are dated from that period. 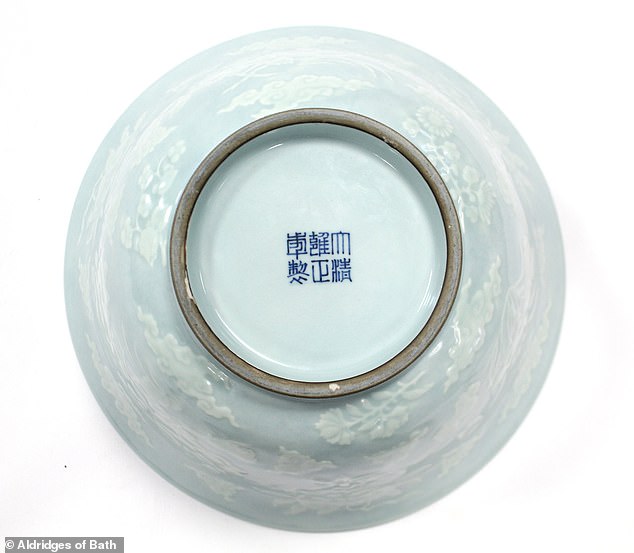 With flared rim & evenly covered glaze of a pale-blueish tone, on raised foot with brown dressing, Yongzheng six-character seal mark in underglaze blue to base, and of the period (1722-1735)

Posting on Facebook Aldridges wrote:  ‘Sold For £220,000. A new record for Aldridges of Bath, this fine and rare early 18th century Yongzheng mark & period celadon bowl attracted a huge amount of interest in the lead up to today’s auction.

‘A huge thank you goes out to all our staff for their hard work & efforts.

‘Entries are now invited for our September Fine Art and Antiques sale.’