An unoccupied but marked police vehicle in Portland was set on fire and severely damaged Saturday evening, prompting authorities to launch an arson investigation.

North Precinct officers responded at about 8:20 p.m. to a report of a vehicle on fire in a city fleet parking lot in the 800 block of North Graham Street. A fully marked 2018 Portland Police Ford Interceptor Utility vehicle, which had been towed to the lot for repairs after being involved in a minor crash, was found set ablaze, according to a press release.

Portland Fire and Rescue responded and extinguished the flames. 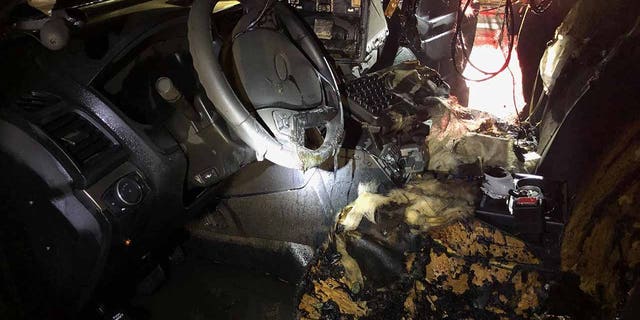 The Portland Police Bureau released photos showing the heavily damaged interior of the vehicle. The cause of the fire is under investigation, but police said arson is suspected.

Police said an arson investigator also responded to the scene and is doing a follow-up investigation. 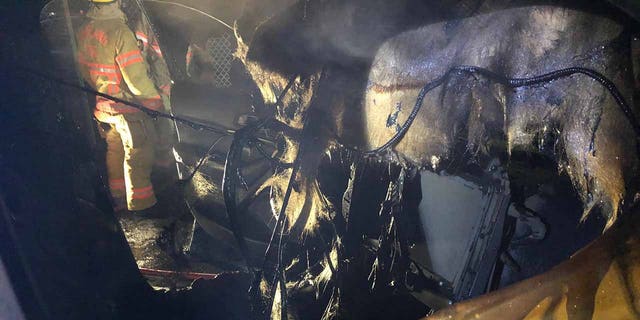 No arrests had been made as of Sunday, as police still work to identify potential suspects.

In the days after Thanksgiving, Portland police also continued to investigate vandalism in Lone Fir Cemetery, where a statue was toppled and spray-painted with the message: “eat colonizers.”

Police said the Soldiers Monument was tipped over and painted sometime between Wednesday afternoon and early Thursday morning. It was heavily damaged and has since been removed by the city.