A ‘predator’ police constable is facing dismissal after allegedly ‘trying it on’ with four vulnerable domestic abuse victims.

A West Midlands Police disciplinary hearing was told Pc Colin Noble made a ‘catalogue of completely inappropriate comments’ between 2014 and 2017, with one woman covertly recording one of her meetings with him.

The 49-year-old, who was secretly recorded by the victim making remarks like ‘we could be good together’, was acquitted of misconduct in a public office after a week-long trial at Birmingham Crown Court in 2019. 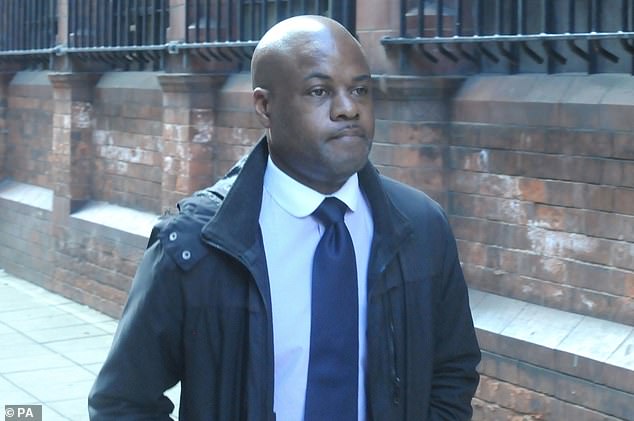 The hearing, which began at the force’s HQ on Monday, heard that Pc Noble’s conduct towards one victim, labelled Miss X, was ‘egregious’ and she was ‘clearly uncomfortable with his behaviour’.

Giving evidence, Miss X said Pc Noble had asked her if she had ‘thought about doing modelling before’ while looking at her breasts, and asked to ‘see what you are working with’.

Miss X told the panel the officer was ‘looking me up and down’, asked her to ‘unbutton your shirt’ and inquired if she ‘had any nudes’.

She said: ‘I felt like it was really weird and inappropriate and confusing and like I needed to tell somebody.’

The hearing was also told that another woman, Miss C, had been charged with a criminal offence but the police constable still pursued a relationship with her ‘even while she was still on bail’.

Mr Branston said Pc Noble, who was an experienced officer of some 17 years, based at Stechford, Birmingham, before the allegations came to light, displayed an ‘astonishing lack of respect for vulnerable people’ and brought ‘discredit’ to the police service. 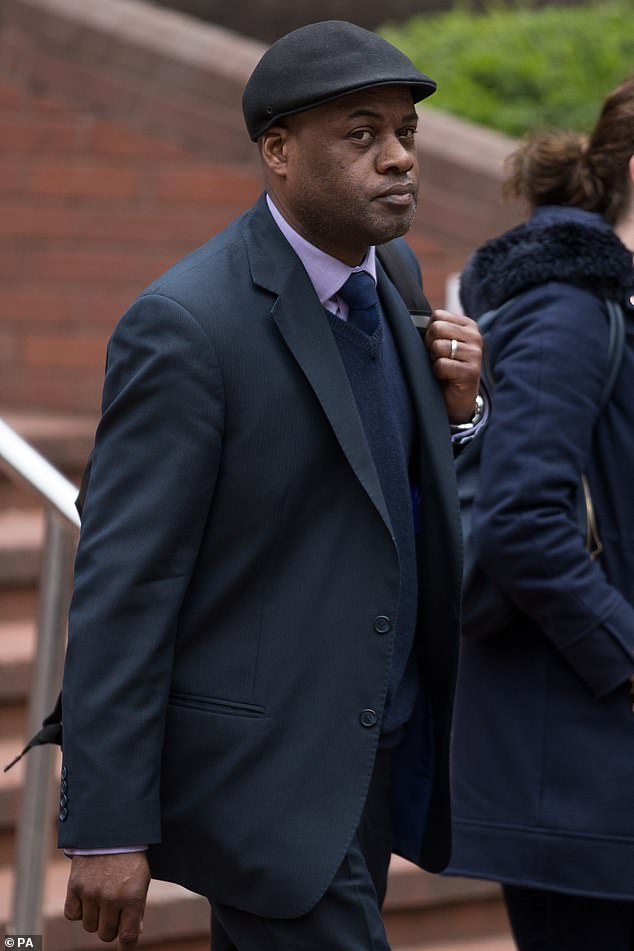 He said: ‘Pc Noble significantly overstepped the mark as to how he should have behaved – seeking to have personal relationships with all these women.’

Addressing the allegations made by Miss X, Mr Branston said: ‘The intent of what he was saying was plain as day. He had absolutely no idea he was being recorded.

‘He was trying it on with Miss X because he wanted some sort of relationship with her. He was behaving entirely inappropriately.

‘Pc Noble’s role was to assist her, and Miss X felt it necessary to record him.

‘This was egregious behaviour toward Miss X. She was clearly uncomfortable with his behaviour.

‘He knew he was brazenly crossing the line but proceeded in doing so.’

Mr Branston said Pc Noble made a number of admissions in interview the day after his contact with Miss X, but ‘denied any ulterior sordid motive’.

But in her evidence, the woman said Pc Noble asked her ‘How many guys have you had on the go?’ – before telling her he was a ‘red-blooded male who wanted to see women in all their glory’.

Miss X said she is now reluctant to contact the police if she has any issues, adding: ‘I felt victimised and like I couldn’t trust anybody.’

Outlining the allegations made by the three other complainants, Mr Branston said the officer visited Miss A when ‘there was no good reason to do so’.

He said Miss B had made allegations of domestic abuse but she was ‘extremely uneasy’ with Pc Noble visiting her at her private address rather than the police station.

The hearing, scheduled to last up to 10 days, continues.