A PREGNANT mum is demanding that she and her three-year-old daughter are moved into a new home – because their council house is infested with mould.

Kelsey Myatt, 20, who is 16 weeks pregnant and lives in the two-bedroom property with her little girl, says it is in a "disgusting" condition. 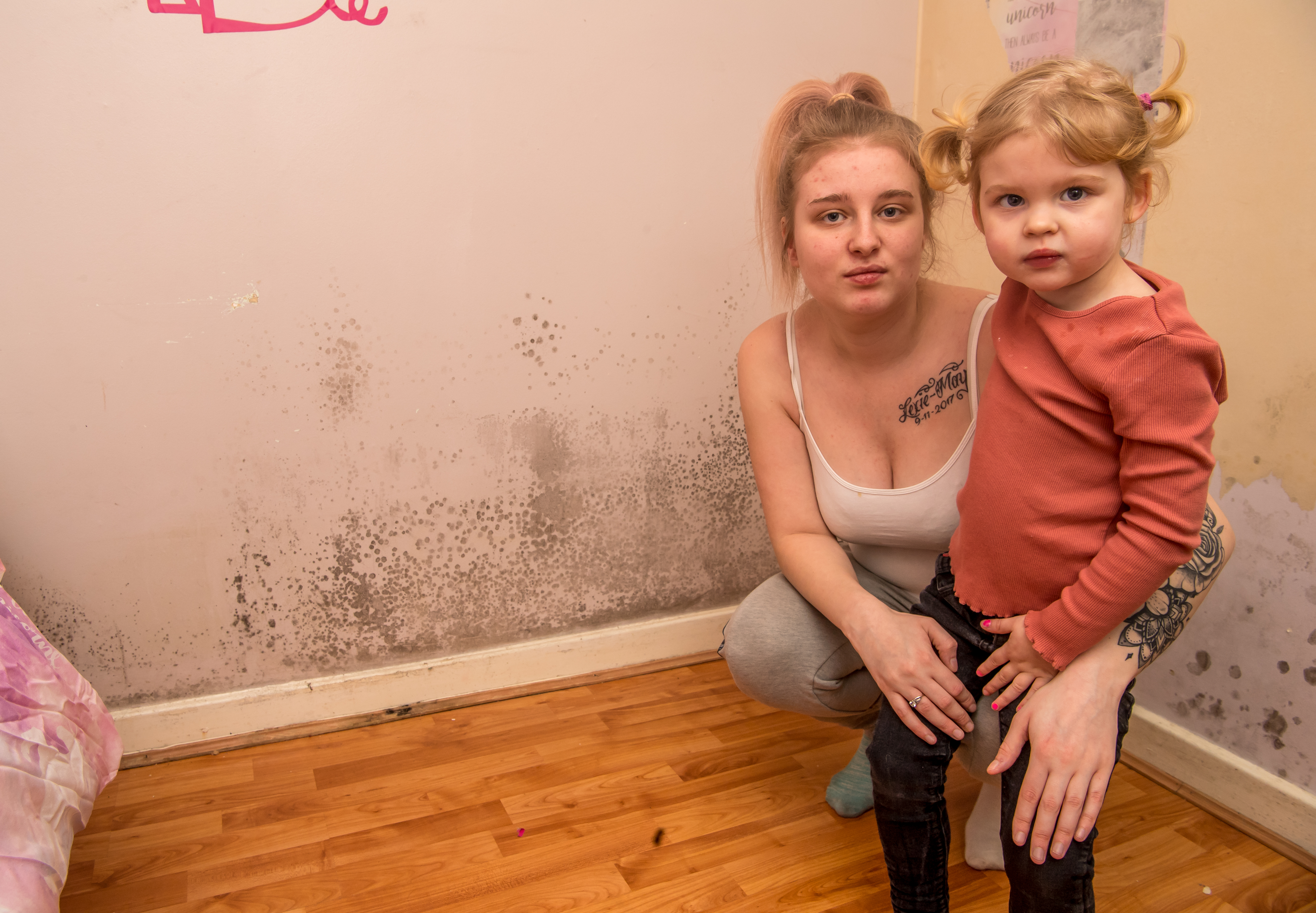 And she's demanded a move – saying she's worried about her daughter's health.

Kelsey, from Wolstanton, Staffordshire, told Stoke on Trent Live: "I had quite a lot of mould in my bedroom when I first moved in.

"It used to travel all the way up the wall and around my bed and I had to move my bed. Sanctuary Housing came out and cleaned that but it didn’t change anything.

“It then started to go in my daughter's room and my bathroom walls were covered. Now it’s started travelling in my living room.

“It’s dark and absolutely stinks. It’s horrible living like that.

"I’ve been trying to move since I’ve been here but they just won’t move me and the problem does not get fixed.

“Since I’ve moved in I’ve had asthma and my daughter keeps getting a very bad chest.

"I’ve had to have two inhalers because it has made my breathing that bad.” 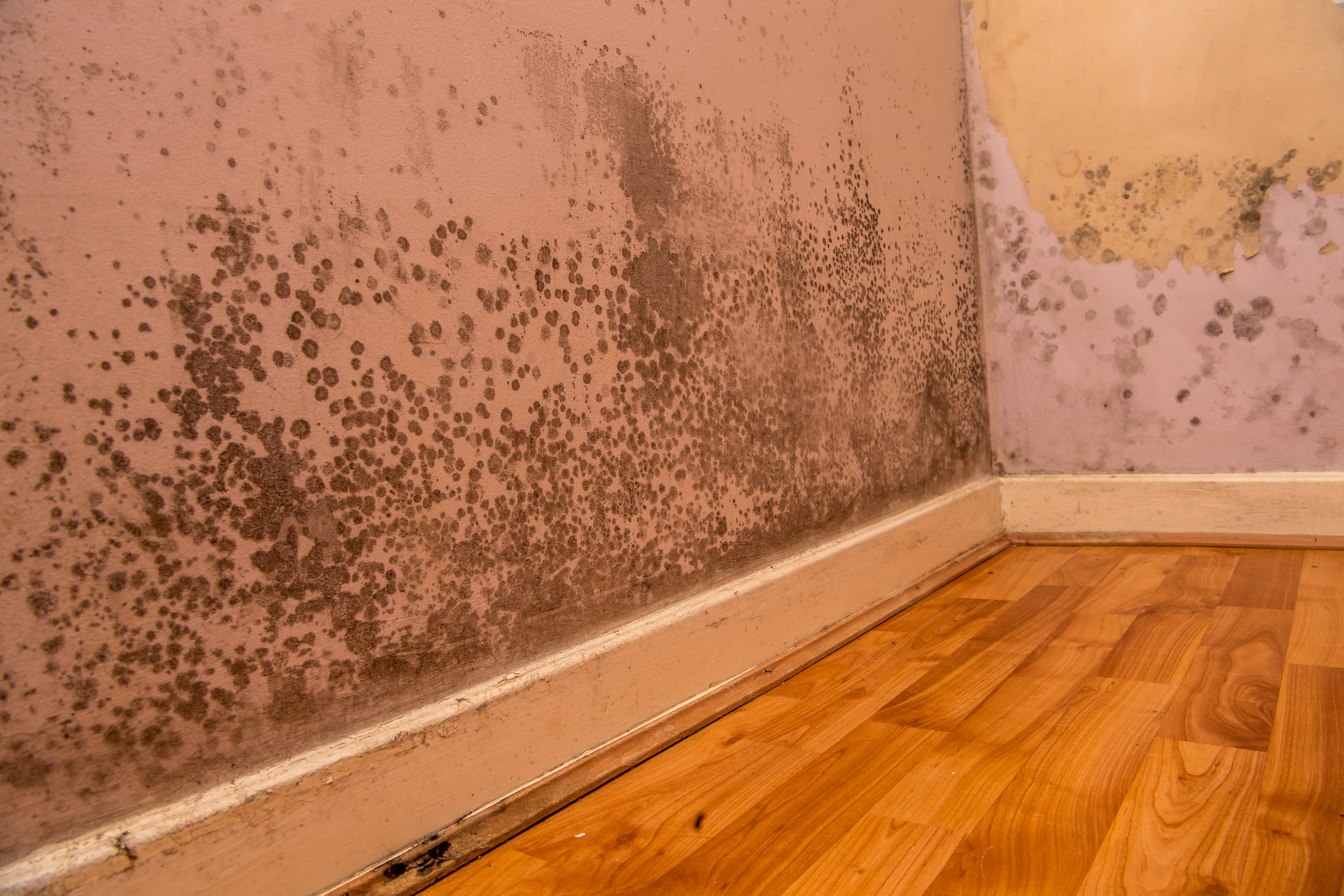 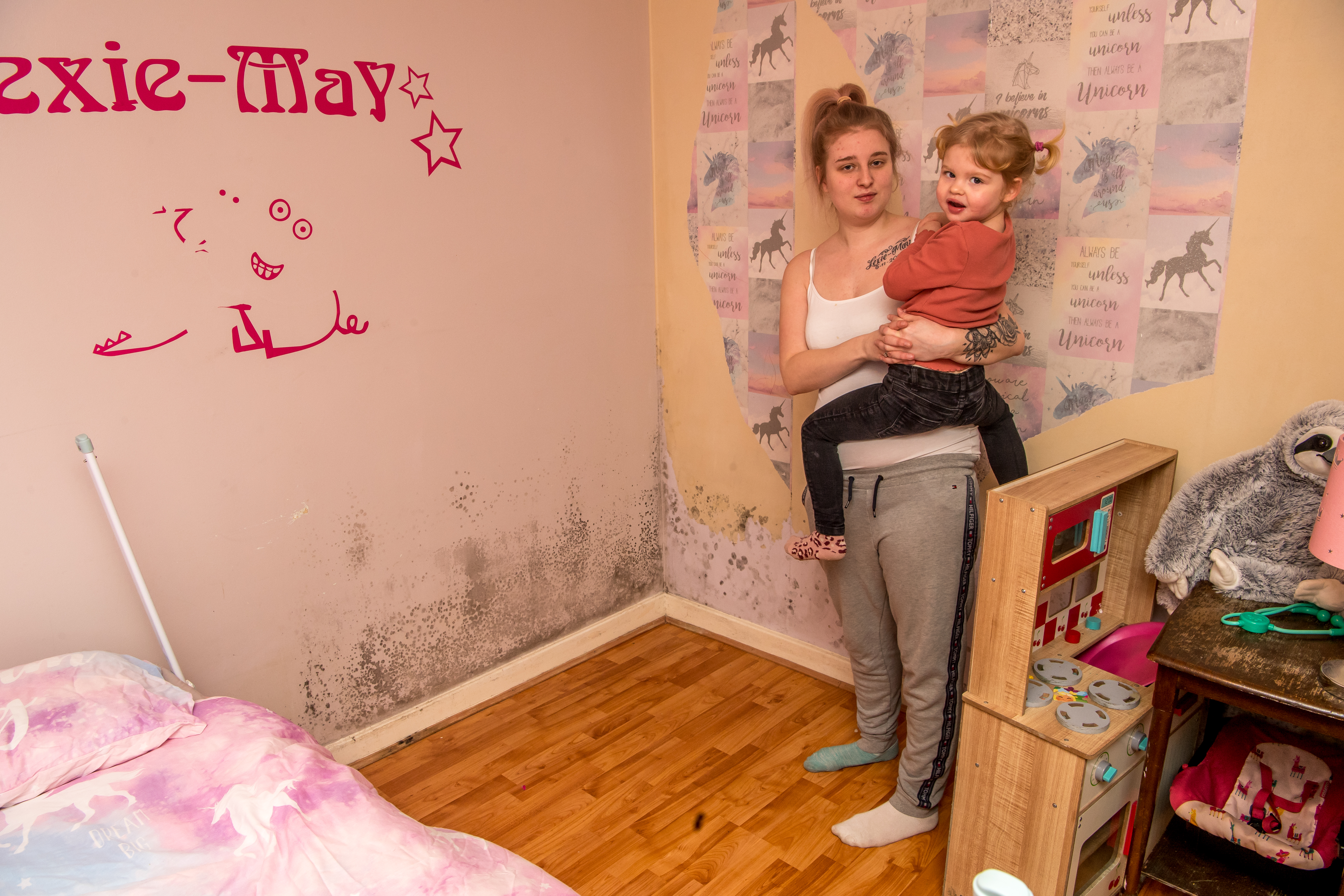 The mum said Sanctuary Housing painted her bedroom with anti-mould paint – but there's still a problem.

“I don’t know what else needs to be done but they need to get rid of it," she said.

"It’s disgusting and they shouldn't expect a three-year-old girl to sleep in that kind of environment.

“She had liver failure when she was born so it scares me in case anything does happen to her and it makes her poorly and she ends up in hospital again.

“I want to move and have been asking them for two and a half years. I want to be in the same area so I can be close to my family.

“It would mean everything for us to be able to move. I need a garden for my daughter.

"I want to get away from the mould.”

Sanctuary Housing says it has made numerous visits to the property following calls from Kelsey.

A Sanctuary Housing spokesman said: “As the concerns raised appear to be the result of moisture in the air in the property, to improve the airflow an appointment has been booked to install three new extractor fans in the bathroom and kitchen.

"We will also arrange to treat and clean areas of mould.

“In addition, earlier this month, we again provided Miss Myatt with the information she needs to apply for a transfer from this property and we will also speak to her about her housing options.”