Colombo: The Sri Lankan Prime Minister has testified before a parliamentary committee investigating the Islamic State-inspired Easter Sunday bomb attacks saying the country should prepare itself for new types of terrorism. 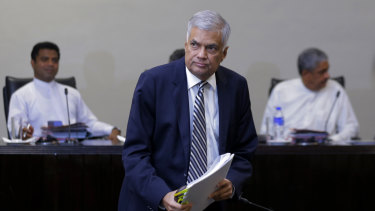 Ranil Wickremesinghe said his country's police, investigative agencies and laws had experience with ethnic Tamil separatists – during the civil war – but it must now deal with "a new phase of terrorism."

Wickremesinghe admitted police knew about some suspects, but the April 21 suicide attacks at three churches and three tourist hotels were the result of the security system failing to track the progression of religious extremists into terrorists. 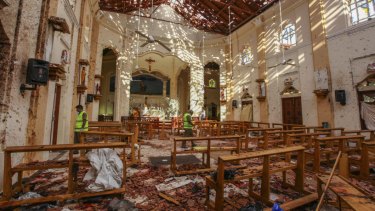 At least 110 people were killed at St Sebastian’s Church one of several bomb blasts across Sri lanka on Easter Sunday.Credit:AP

The government has been criticised for failing to act upon intelligence received from foreign agencies before the attacks that killed more than 250 people.