WE all know Meghan and Harry are privacy-loving, carbon footprint-conscious philanthropists.

They serve legal letters to safeguard said privacy like school dinner ladies dishing out Turkey Twizzlers, and hop on private jets purely because it gets them to jolly charity bashes quicker. 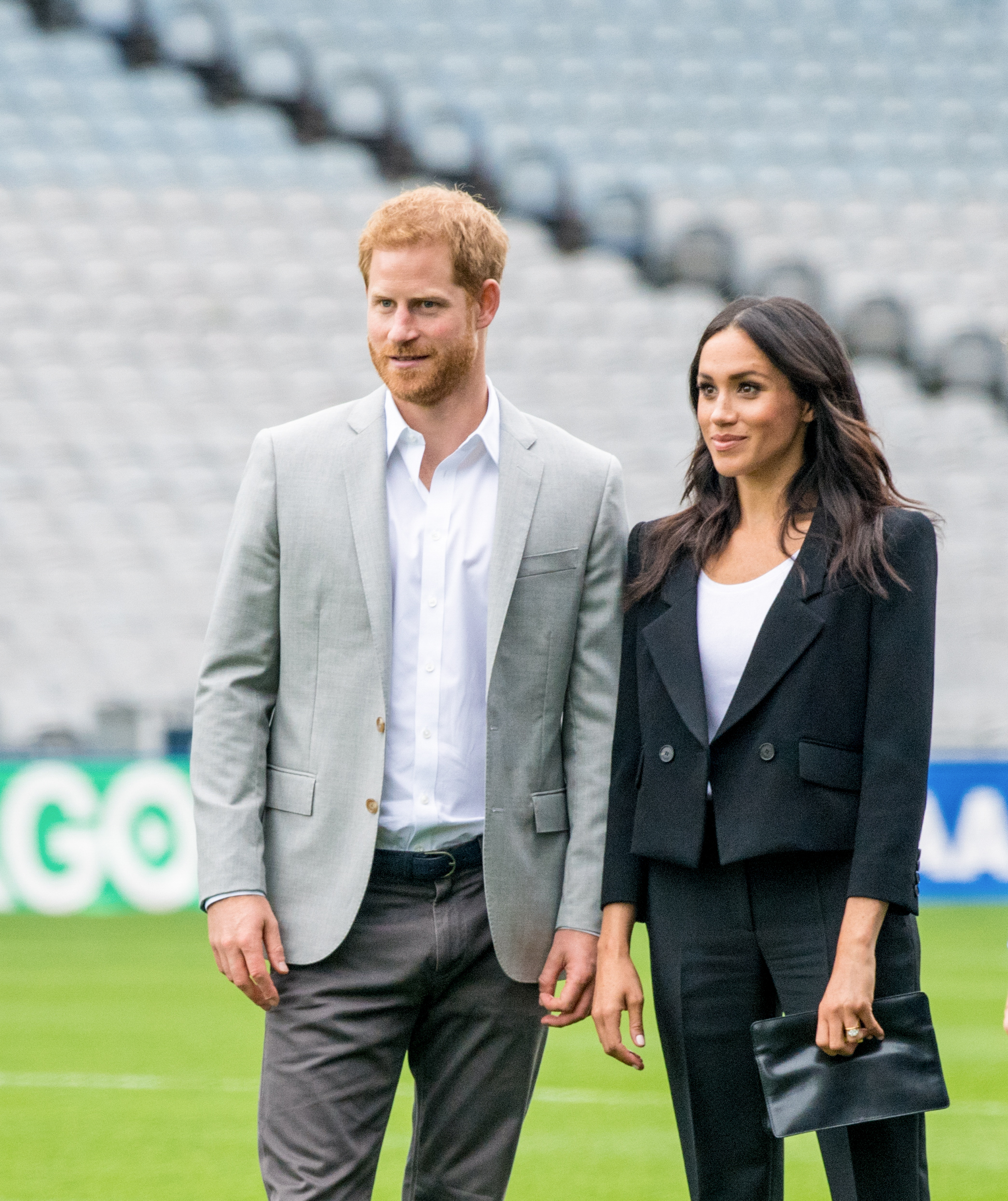 So then, with the “updated chapter” of their unofficial biography out today — which they absolutely, categorically, 100 per cent did not write, contribute to, or endorse in any way, shape or form — it’s incumbent upon us all to respect their wishes, and not buy the thing.

The couple who must hate the “racist” Royal Family so much they will surely soon ditch those silly, antiquated titles of Duke and Duchess of Sussex, have increasingly distanced themselves from the tome.

The fact that Finding Freedom Part Two is being released on the 24th anniversary of Princess Diana’s death is, obviously, unfortunate.

For a couple so trigger happy with their lawyers — generously keeping sweet, £500-an-hour, fluffy bunny firm Schillings in business (lawyers who, coincidentally, also look after billionaire bully Sir Philip Green and Ryan Giggs, a man accused of headbutting his ex, which he denies) — it’s baffling they haven’t intervened to injunct this latest, entirely made-up chapter.

Or, indeed, cut off their one-time good pal, Omid Scobie, who co-authored this rip-roaring romp. (One which, weirdly, has failed to make it into Amazon’s Top 100 Books of 2020.)

In it, authors Omid (who used to work for showbiz mag Heat — famed for its “Circle of shame”, highlighting women’s cellulite) and royal writer Carolyn Durand, will share new details of the couple’s on-going “journey”.

It will address their “heartbreak” at Prince Philip’s death, the continuing “challenges the couple face regarding privacy and the British Press”, and “the various philanthropic and business endeavours The Sussexes have been involved with”.

Arguably both were works of fiction — albeit, one with a bit more shagging and handcuffs.

In some ways, I feel bad for continuing to write about the couple.

A pair so desperate to stay under the radar, they did an interview with Oprah, the world’s most famous chat show host.

A duo so desperate for a quiet life, they recorded never-ending podcasts from their £11million Californian mansion.

Two people so desperate to fade into obscurity, they signed a £112milion deal with Netflix.

And then a subsequent deal with Spotify, the planet’s biggest music behemoth, to ensure those short of sight could, at least, still hear them.

But perhaps now we know why.

This weekend, an award-winning documentary maker, with ties to the Royal Family, claimed Harry and Meghan risk fading into obscurity.

Nick Bullen, CEO of True Royalty TV, drew comparisons between Harry and his great-great-uncle, Edward VIII, who abdicated in 1936, and went on to pen a tell-all autobiography years later.

After all, privacy-loving Harry recently announced — without a trace of irony — that he was “writing” a tell-all memoir. (No one, I’m sure, more shocked than his English teacher at £40k-a-year Eton.)

To his credit, though, some of the proceeds are going to charity . . . we just don’t know how much of the proceeds.
Bullen claimed that while Prince Harry and the former Suits star remain high-value commodities in the fickle showbiz world, they could become “awkward guests at dinner parties” in ten years’ time.

Or sooner, if Barack Obama’s recent 60th birthday snub is anything to go by.

I admire much of the Sussexes’ various mission statements — celebrating diversity, ending global poverty and saving the planet — but they’re not exactly going about it flawlessly.

They preach about poverty from a 16-bathroomed mansion, while Harry hops on to a private jet to play polo, the world’s most elitist sport, at a charity match.

Of course, why shouldn’t Harry and Meghan bring up their kids, whom they clearly adore, in sunnier climes, away from chintz furniture, s**tting corgis and patriarchal systems?

But guys, if you want out, stay out. And shut up.

SAY NO TO BRO, CHERYL 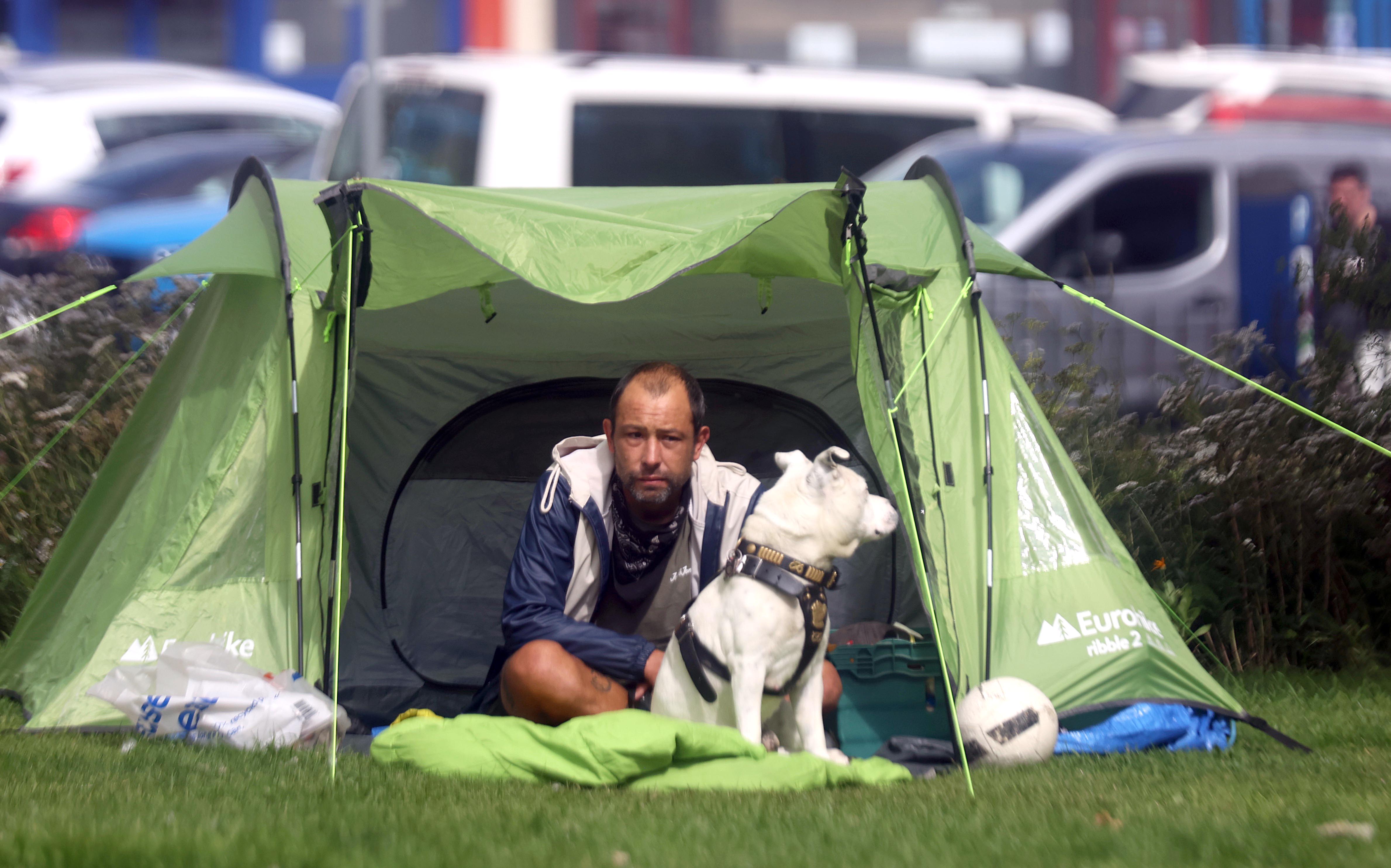 CHERYL TWEEDY’S feckless older brother is now homeless and living in a tent.

From some camps, there seems to be the sense that millionaire Cheryl should be putting a hand in her Balenciaga pocket and giving him yet another handout.

But no. There comes a point in every family when enough is enough.

Cheryl has already given 41-year-old Andrew, who has a history of violent crime, £20,000 for rehab and, I’m sure, much more besides.

I hope for his sake Andrew manages to turn his life around.

But it’s not fair to expect wealthy relations, who’ve made their own success, to come to the rescue time and time again.

WOLVES captain Conor Coady gave a powerful speech at the brilliant LGBT awards on Friday night, where he received the Football Ally Award.

In it, he said he hoped a top-level footballer would soon “feel supported enough to be their true selves on the field . . .  until that day, we all have some work to do”. 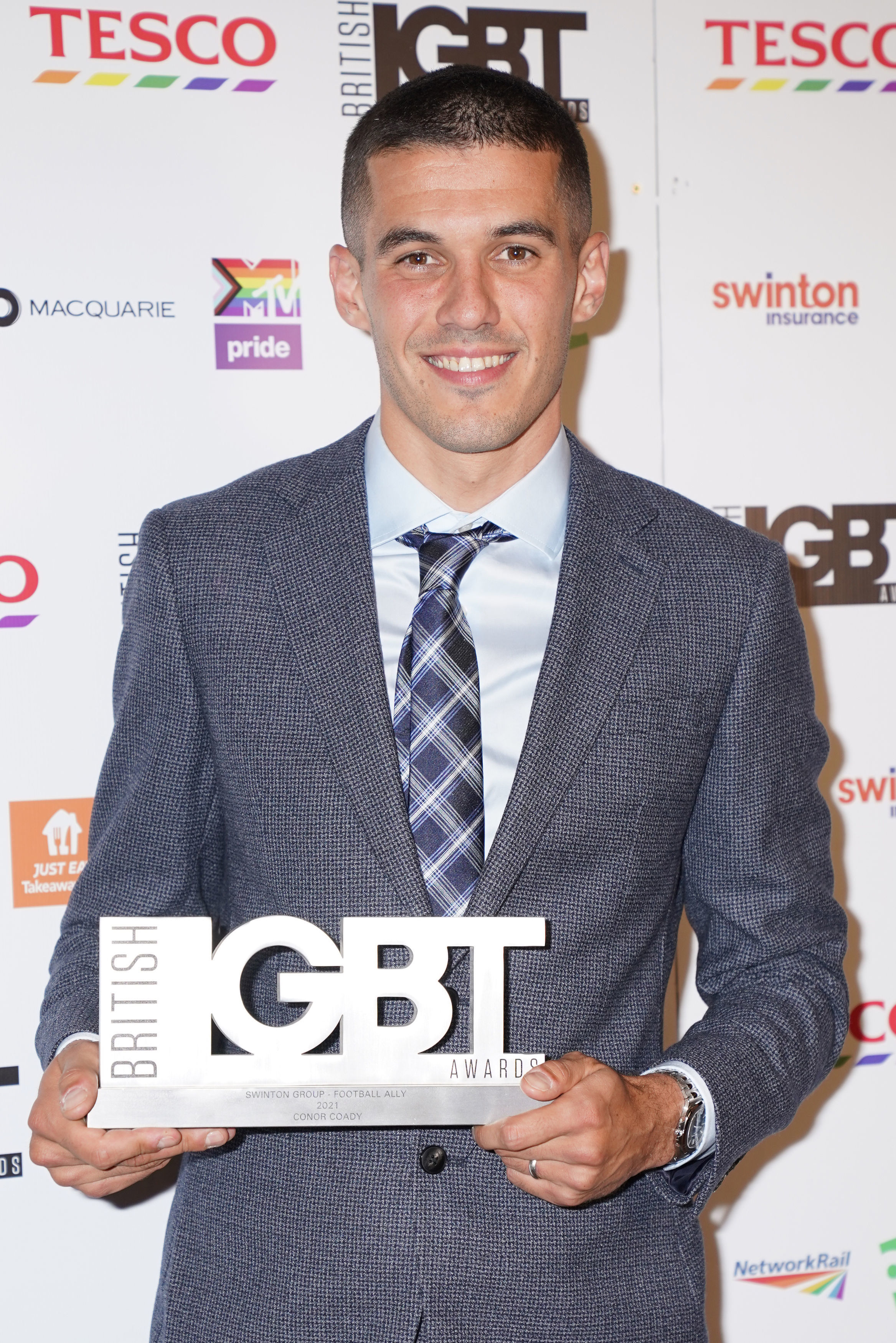 ONCE upon a time, in the Golden Age of Hollywood, movie stars were movie stars.

They demanded champagne, trailers, red carpets, amphetamines dished out like jelly beans, sex with their co-stars, indecent sums of money and fluffy puppies on tap.

How underwhelming, then, to see Harrison Ford popping to Waitrose and picking up some Ryvita Thins.

The 79-year-old Indiana Jones legend is also a fan of the organic chickpeas, full-fat milk and the 28-calorie-a-piece rosemary and sea salt flatbread, it transpires.

LAST Thursday was International Dog Day. Or Valentine’s Day as it’s known to us singletons.

As avid readers of this column (hi Mum and Dad) will know, Dora the miniature dachshund has changed my life – and taught me the meaning of unconditional love. 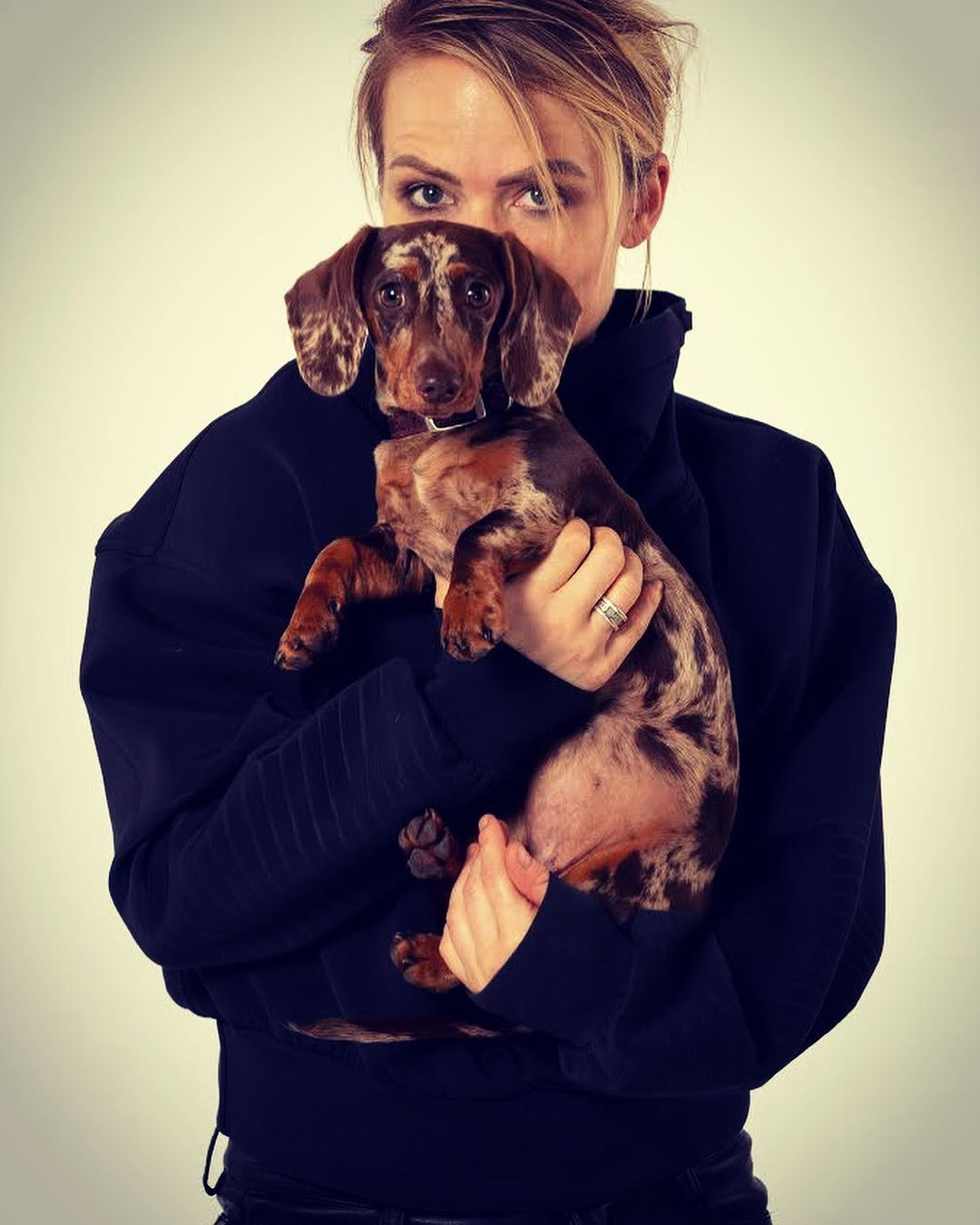 She is also the first living creature, genuinely, to be allowed to share my bed – as any ex will testify – and not get booted into the spare room for twitching/snoring/breathing.

SEEING the last of the British troops crammed, uncomplaining, on to the final flight out of Afghanistan was a lesson to us all.

Never again will I moan about flying “cattle”. And none of us can complain about BA ending its in-flight trolley service.

If these heroes can happily go seven hours without so much as a G&T, or a Meg Ryan rom com, I dare say I can cope without some posh cutlery on a two-hour flight to Ibiza.

THEY say revenge is a dish best served cold. Seven years ago, TV chef Nigella Lawson hit back at jibes made by fashion expert Trinny Woodall by naming her recipe of the day “slut’s spaghetti”. Ouch.

It came after Trinny, then newly dating Nigella’s ex Charles Saatchi, had apparently made a gag about the ex-couple’s infamous throat-grabbing row at a Mayfair restaurant. 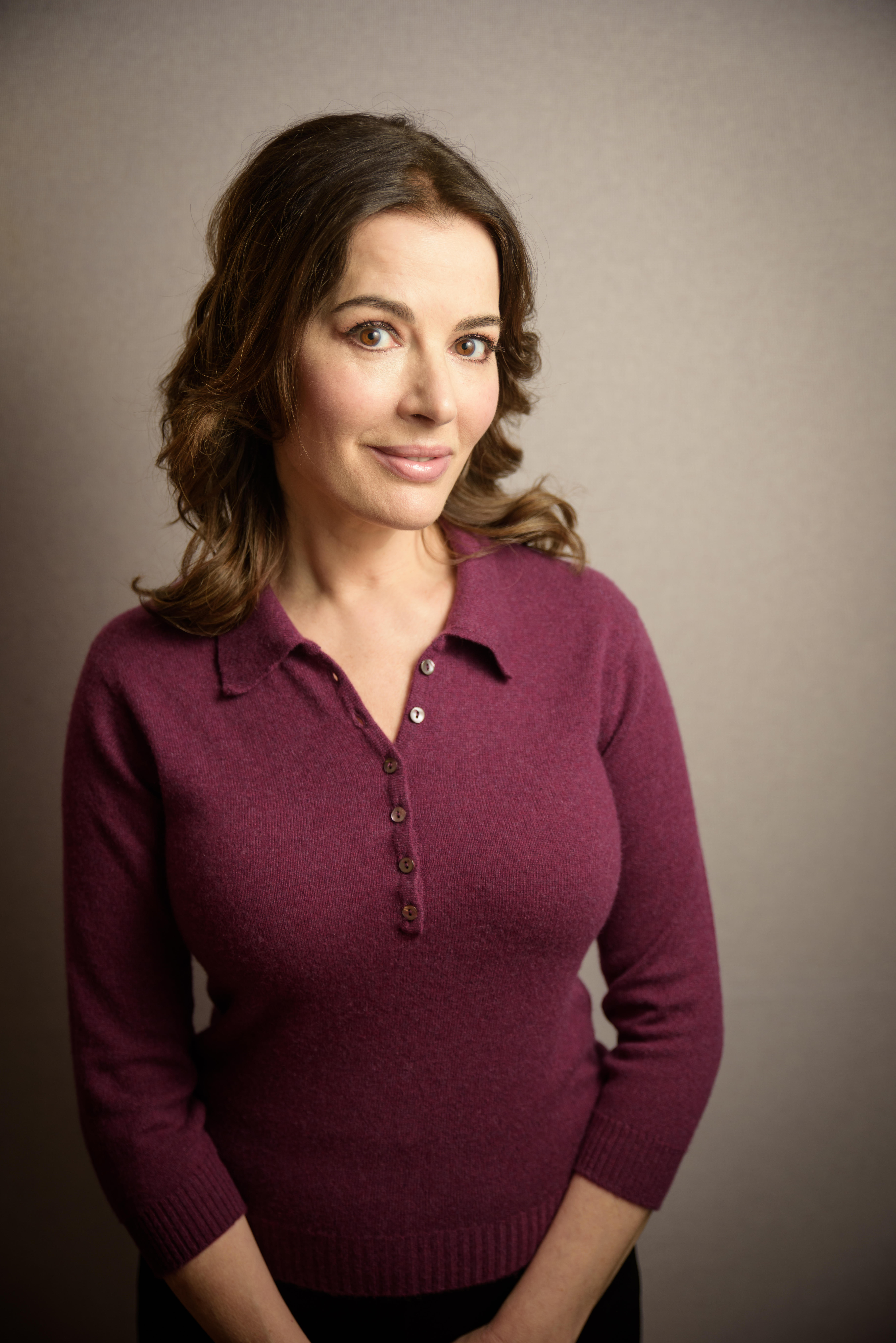 Cut to 2021, and, seemingly, Nigella has lost her bite. The cook, who made her name drooling over dough balls and – as one commentator recently remarked – “working the shaft of some aggressively knobbly” gourd, has gone all woke . . . and cancelled her own recipe.

Which is no fun at all.

GOOD/terrifying to see Michael Gove putting the “party” back into politics.

Albeit in his glasses, little blue suit and practical brown shoes.

The 54-year-old bachelor – quite the catch following his split from Sarah Vine – was seen givin’ it large at a “techno and jungle” night in Aberdeen, partying solo until 2.30am.

Abba may not have been playing, but arms aloft and hips gyrating, the rubber-lipped minister was quite the Dancing Queen.