PRINCE Harry will not wear his military uniform at the Duke of Edinburgh's funeral after losing his official honours in Megxit, it was reported today.

The Duke of Sussex will return to the UK alone for the ceremony after his pregnant wife Meghan Markle was advised not to travel.

? Read our live blog for the very latest news on Prince Philip's death… 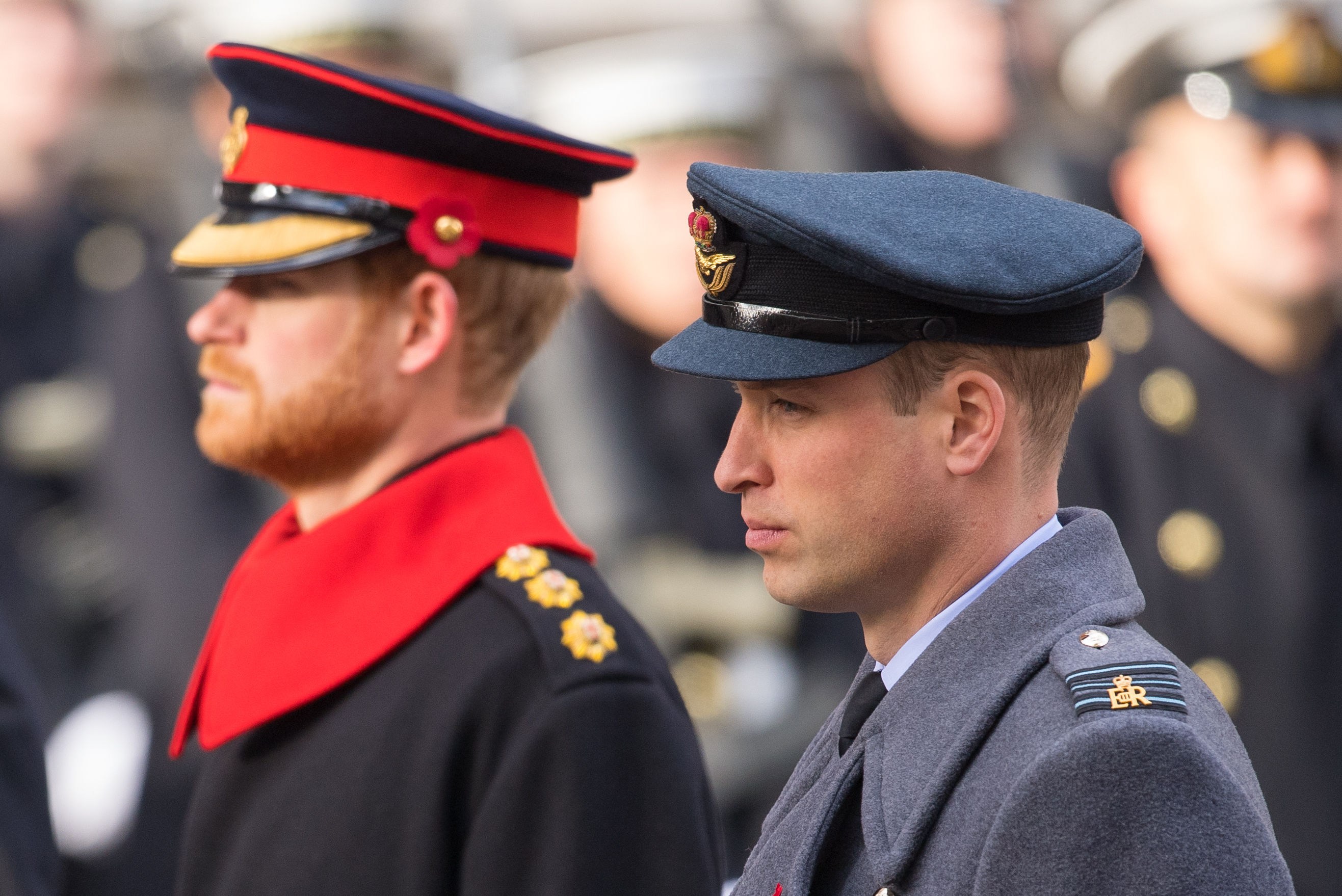 And his grandfather's funeral this coming Saturday will be his first ceremonial event since he and Meghan departed for the US.

Buckingham Palace yesterday confirmed Prince Philip will have a ceremonial funeral – not a state service – on Saturday April 17 – with no public access or procession.

However, Prince Harry is unlikely to wear his military uniform at the official event after being stripped of his honorary titles in Megxit.

Harry’s positions as Captain General of the Royal Marines, Honorary Air Commandant of RAF Honington and Commodore-in-Chief, Small Ships and Diving were taken away when he stepped back from his role within the Royal Family.

This means he will wear a suit instead of his previous military outfits.

This is unlike Prince Charles, Prince William and Prince Edward, who expected to wear their ceremonial outfits for the funeral.

Prince Andrew, the Duke of York, will be wearing a suit after he stepped back from public life "for the foreseeable future" in 2019 over his friendship with the late convicted paedophile Jeffrey Epstein. 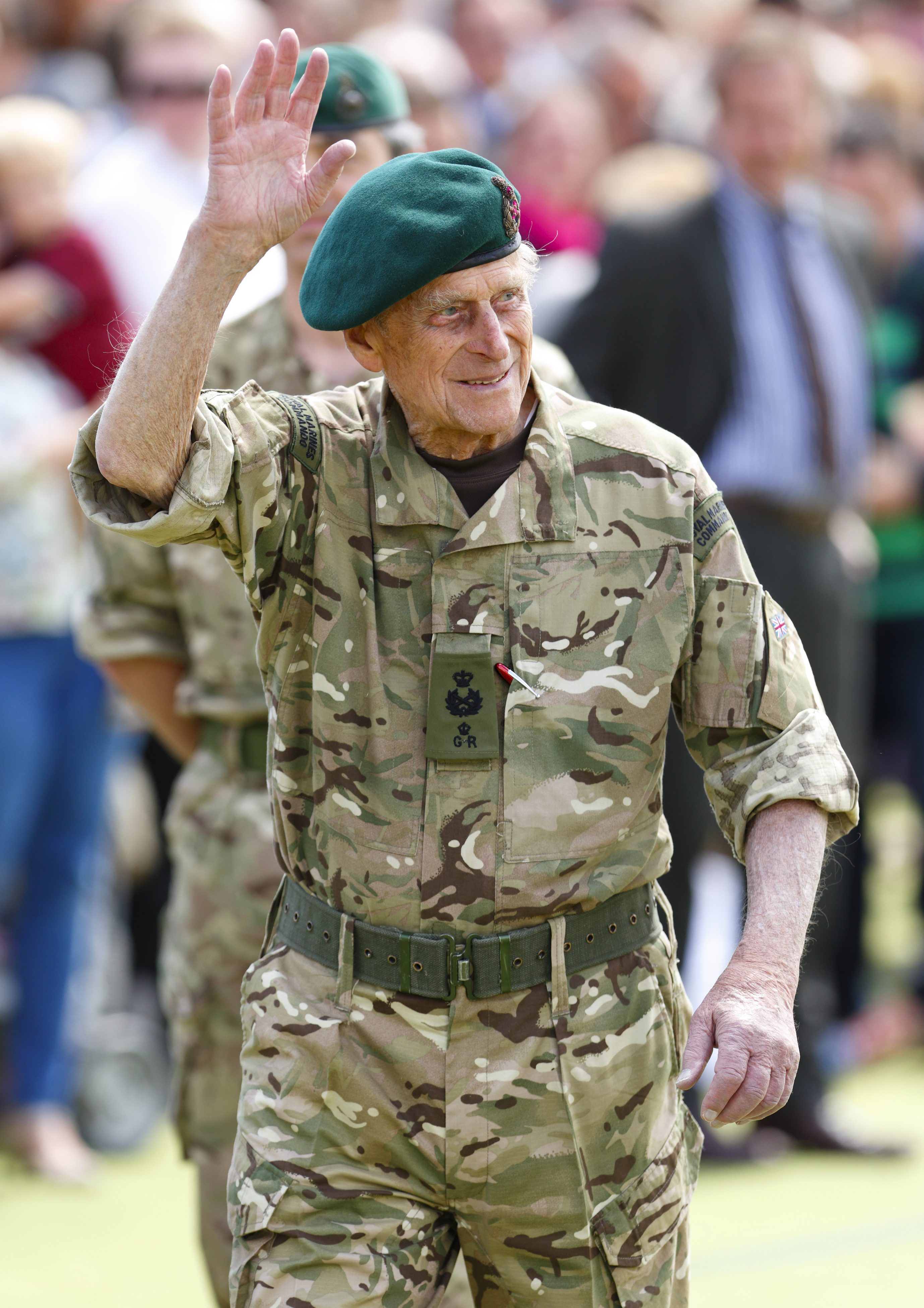 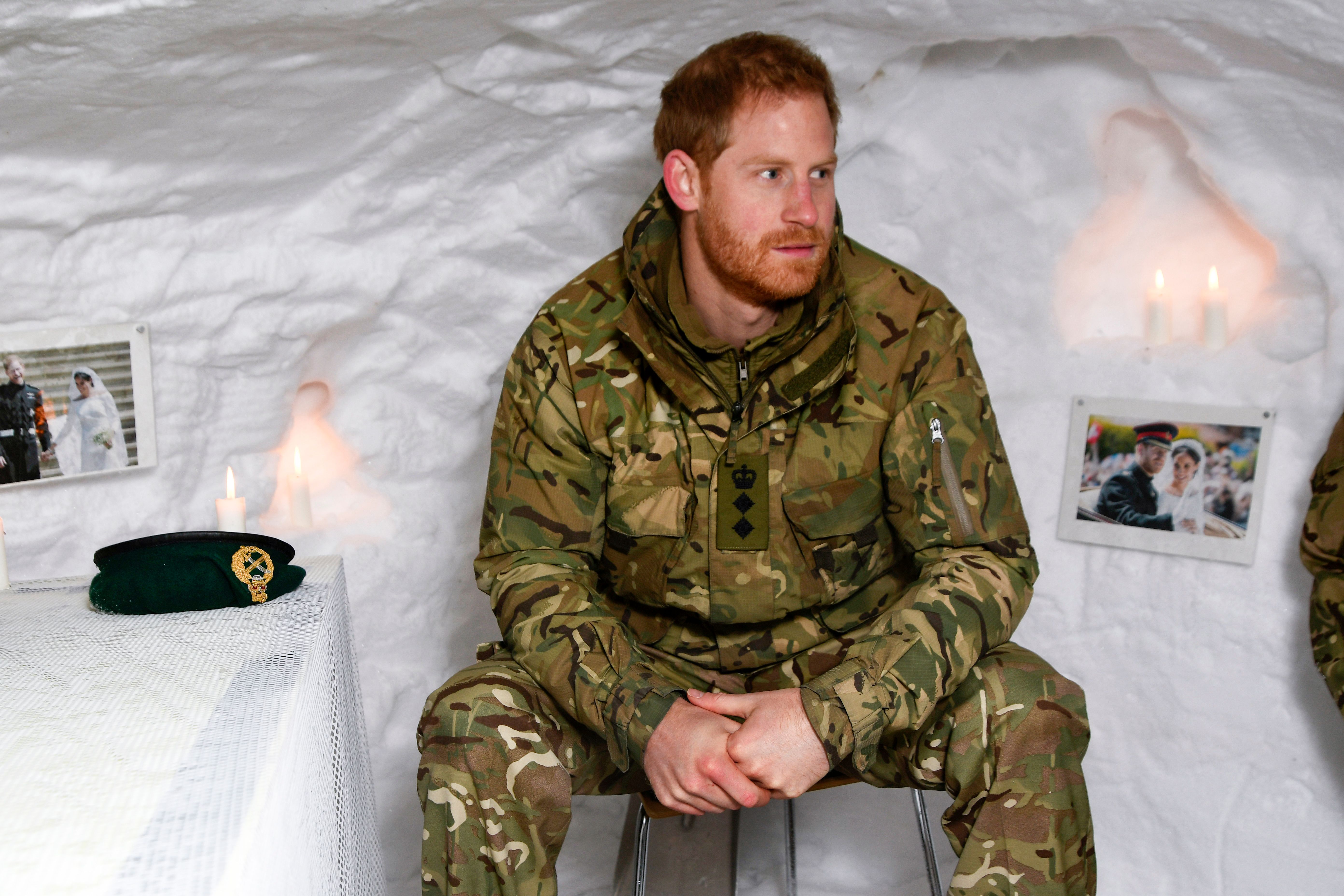 However, royal expert Richard Fitzwilliams says despite the change in Harry's role, it's unlikely he would be dressed differently from his brother.

"Anything that distinguished the brothers in that way, which would be so obvious for anyone watching, would probably be avoided," he said.

"The whole thing we do not want is any form of rift.

"I'd suggest it would be handled in such a way as it goes totally smoothly without a hitch and no issues.

"My opinion is that they would do everything possible to make sure that the spotlight on this very, very important day is where it should be, and that's on the truly remarkable achievements of someone with superhuman energy who did so much for the Queen and his country."

William, who will walk with his brother behind the Duke's coffin, qualified as a pilot after completing training at the RAF College Cranwell in April 2008. 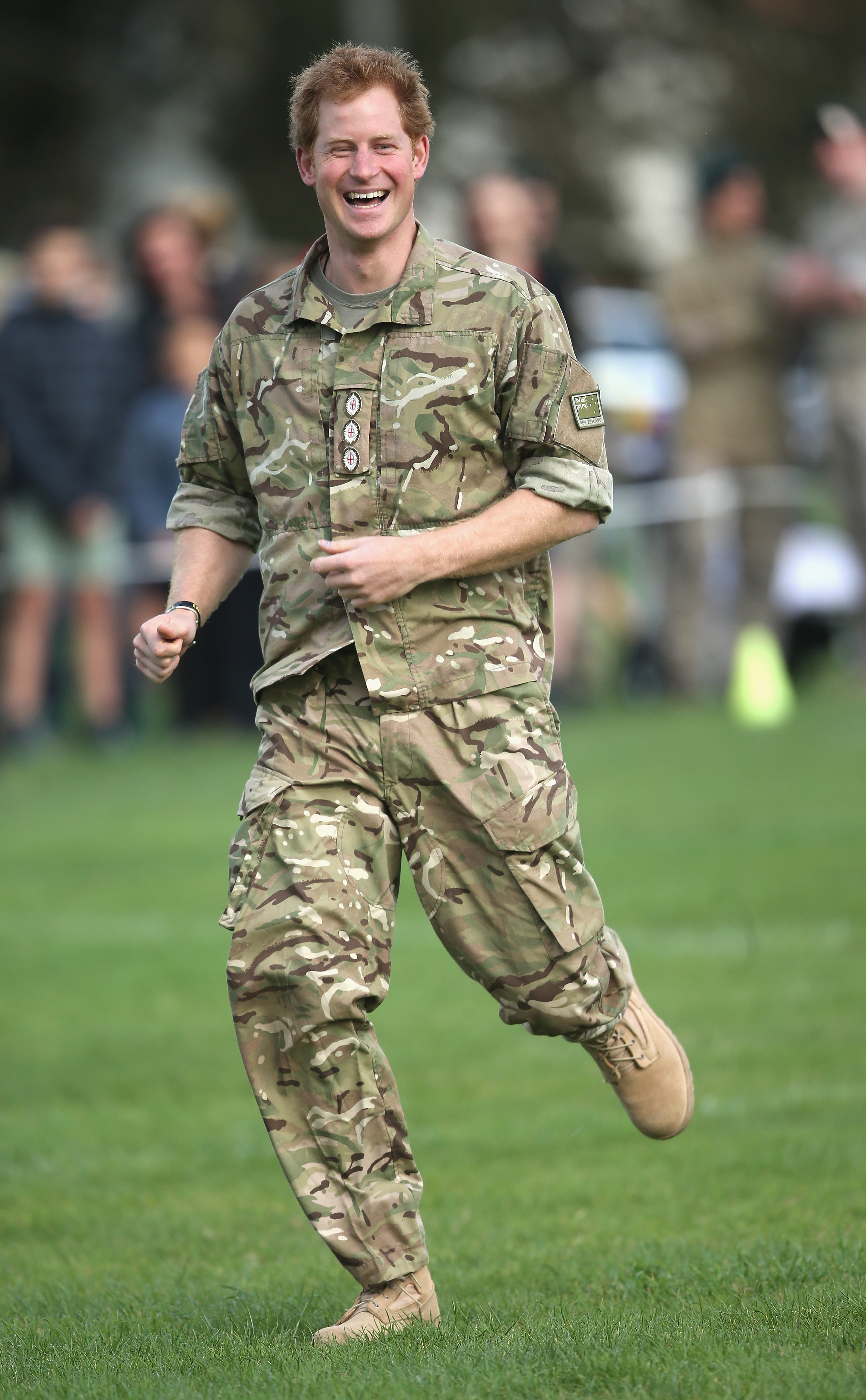 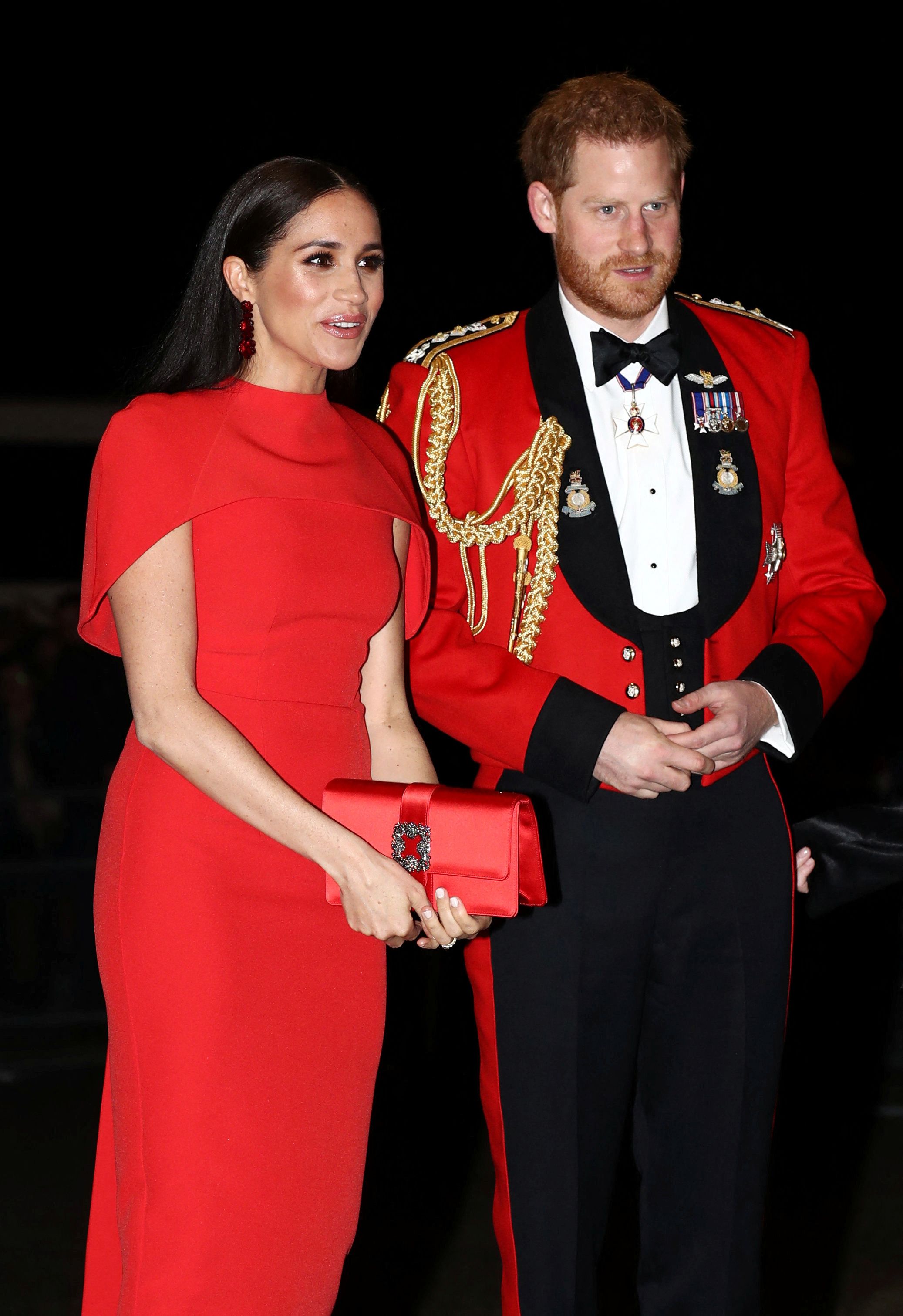 He became a full-time pilot with the RAF Search and Rescue Force in early 2009, and his service with the British Armed Forces ended in September 2013.

As Harry has foregone 'HRH', he could technically be referred to simply as the 'Duke of Sussex' in the order of service for the funeral.

That decision is expected to be made by the Queen.

Mr Fitzwilliams said: "Everybody knows there is an enormous amount of speculation, whatever happens on this issue.

"Relations between the brothers, we know perfectly well, are very strained."

However, he said he hopes the funeral may mark a new chapter for the family after the "deeply damaging" Oprah interview.

"It may be the beginning of the healing process," he said.

"The Royal Family can come together as family, and it is certainly absolutely essential they present united front."

Saturday will be a chance for the royals to make a "show of unity" he said.

"Achieving that after the Oprah interview and so forth will be quite a feat, but I am sure that, given the circumstances, and given the fact that both Harry and William were devoted to their grandfather, there is a very very good chance of achieving it."

The Queen must choose just 30 people to attend her beloved husband's funeral, which will take place entirely within the grounds of Windsor on April 17.

The initial list – which stretched to around 800 – has been massively cut back as a result of the Covid crisis.

It's expected the Queen and Duke's great-grandchildren – including Princess Charlotte and her brothers – will be considered too young to attend.

Boris Johnson will not attend the service to allow another member of the family to go in his place.

The Royal Family can come together as family, and it is certainly absolutely essential they present united front.

It's certain that the Queen's four children and their spouses – Prince Charles and Camilla; Princess Anne and Vice Admiral Sir Timothy Lawrence; Prince Andrew; and Prince Edward and Sophie Wessex – will be among the 30.

The Duchess of Cambridge, as a future queen, will also be expected to attend.

The grandchildren's other spouses – Mike Tindall, Jack Brooksbank and Edoardo Mapelli Mozzi – may attend to support their wives.

The funeral will be televised, with a national minute-long silence at 3pm.

Charles, William and Harry will join the funeral procession – while Prince Philip's coffin will be carried to St George's Chapel in a specially-modified Land Rover.

What happened to Harry and Meghan’s titles?

The couple were stripped of their honorary titles in February by the Queen after confirming they won't return as working members of the Royal Family.

The 94-year-old monarch said she was "saddened" by the decision.

In a statement, Buckingham Palace said: "The Duke and Duchess of Sussex have confirmed to Her Majesty The Queen that they will not be returning as working members of The Royal Family.

"Following conversations with The Duke, The Queen has written confirming that in stepping away from the work of The Royal Family it is not possible to continue with the responsibilities and duties that come with a life of public service.

"The honorary military appointments and Royal patronages held by The Duke and Duchess will therefore be returned to Her Majesty, before being redistributed among working members of The Royal Family.

"While all are saddened by their decision, The Duke and Duchess remain much loved members of the family."

They continue to be known as Duke and Duchess of Sussex after being given the titles as a wedding gift at their 2018 nuptials at Windsor Castle.