Pro-Kremlin trolls have infiltrated the reader comments on the websites of news organisations, including The Times, the Daily Mail and Fox News, as part of a “major influence operation”, new research has claimed.

The analysis – by a unit at Cardiff University that specialises in exposing disinformation – was unable to say definitively who was behind the posts based on open source evidence, but it said the actions were “indicative of a Russian state operation”.

Dominic Raab, the foreign secretary, said: “This report highlights the threat to our democracy of Russian state-backed misinformation on the internet. The UK is working closely with international allies to stand up to the Kremlin trolls peddling lies.” 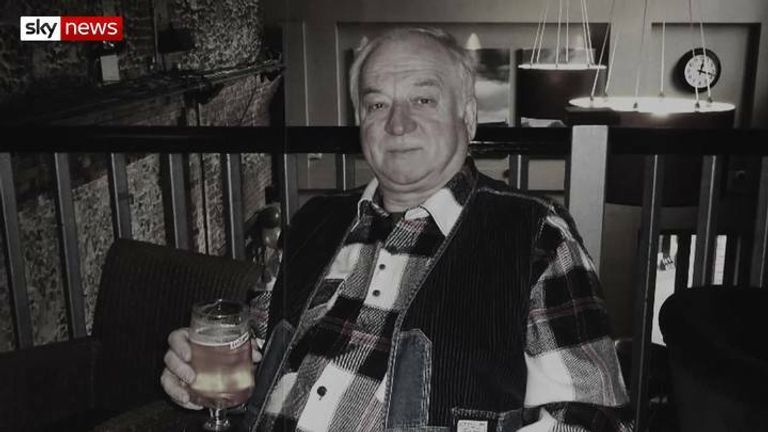 Russia has in the past denied using online trolls to try to influence opinion in favour of Moscow and against the West – something US intelligence agencies accused the Kremlin of doing in the run up to the 2016 US presidential election.

Cardiff University’s Crime and Security Research Institute alleged that the online troll accounts would post comments supportive of Russian President Vladimir Putin and against the UK, the US and other western allies.

These comments would then be used by Russian state-owned media organisations in articles claiming to reflect the sentiment of, for example, Daily Mail or Times readers, whereas in reality they were using the fake comments posted by the trolls.

In a third dimension to what the university report called a “triple influence vector operation”, social media platforms and fringe websites known for spreading disinformation would amplify the news reports based on the bogus reader comments.

The institute set out its research and analysis in the first of a two-part piece of work entitled: “How a Kremlin-Linked Influence Operation is Systematically Manipulating Western Media to Construct & Communicate Disinformation”.

It said the tactics being used appear “designed to deliver pro-Kremlin ideas and positions into the media in response to stories connected to Russia’s geopolitical interests. These are then remediated in Russian media to present a deliberately distorted picture of Western public opinion.”

The research institute, led by Professor Martin Innes, discovered the suspicious activity when it was conducting research into mounting tensions between Ukraine and Russia back in April.

It found evidence of the alleged influence operation in the reader comments of more than 32 media outlets in 16 countries in relation to 242 articles published between February and mid-April.

The paper said: “There has been systematic and wide-ranging infiltration of a large number of high profile Western media sources by pro-Kremlin trolling (PKT).”

Subscribe to Into The Grey Zone podcast on Apple Podcasts, Spotify, Spreaker

Publications apparently targeted also included the Daily Express in the UK, the Washington Post in the US, Le Figaro in France, Der Spiegel in Germany and Italy’s La Stampa.

Researchers observed that news websites were easy targets because of a lack of security checks.

“Penetration testing of the sign-up processes associated with these reader comment pages across multiple media outlets in different countries, revealed a lack of security measures to prevent, deter or detect foreign state operators from seeking to act in the ways outlined,” the paper said.

Offering an example of how the operation allegedly worked, the researchers flagged an article that appeared on the Daily Mail’s website on 1 April with the headline: “US declares its ‘unwavering’ support for Ukraine with Russia flooding Crimea with trains full of tanks amid escalating tensions”.

Another comment read: “We cannot defend our own border. How do we care about a stranger?”

The researchers said that these comments were subsequently included in a story published on a Russian state-linked website, with the headline: “Readers of the Daily Mail about the ‘unshakable’ support of the United States of Ukraine: what is the United States stirring up in Ukraine that we do not know?”

Another Russian state-backed news organisation then run a story with the headline: “Daily Mail readers ridiculed US willingness to support Ukraine”.