Russia expert Edward Lucas reacted to the attack on Putin’s top ally Alexander Dugin’s daughter and said Russian political and ideological elite are now looking backing at their shoulders as the theory that it has a been Ukraine to perform the attack is not “credible”. Referring to the attack, which saw Dugin’s daughter die in a car bombing, he said that despite the carrier remaining unknown, the “answer for this lies fundamentally in Moscow”, suggesting the possibility of an “internal machination” within Russia itself.

Mr Lucas told Times Radio: “I think everybody in Russia’s political and ideological elite will be looking around a bit nervously as indeed their immediate families.

“One theory is that is a false flag, which would be a pretext for some kind of huge new crackdown. 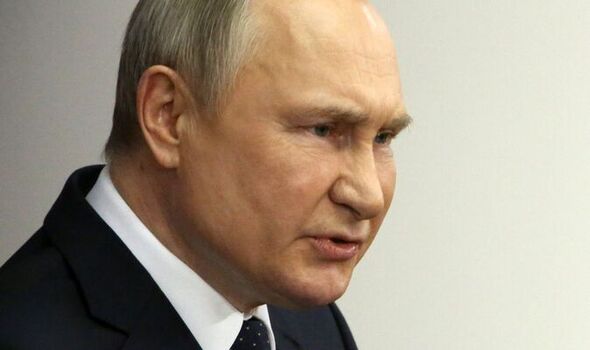 “I think that the denials in Ukraine are very credible.

“It doesn’t make sense if Ukraine was able to run hit squads in the heart of Moscow willing to kill people.

“I don’t think Dugin would be top of their sort of target list.”

He suggested: “I think it’s more likely it’s some sort of internal machination. 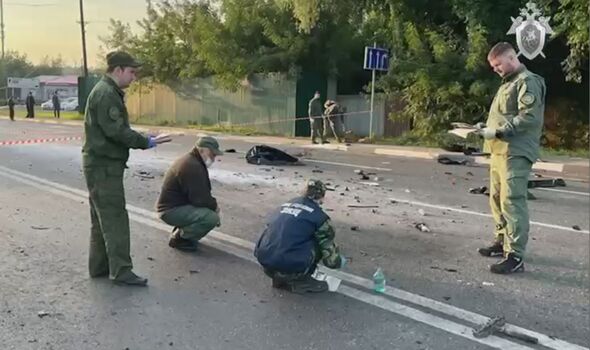 “There is a claim of responsibility from a group we haven’t heard of previously called the National Republic Army.

“It is some other sort of far right group probably invented by the security services.

“They may or may not have actually done it and one lives in this sort of hall of mirrors with claims and counterclaims.

“I think the answer for this lies fundamentally in Moscow and in something probably deeply unpleasant and very worrying which we are yet to find out full details about”. 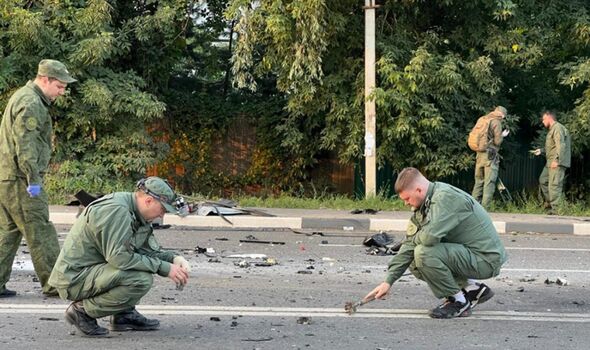 The comments came as the daughter of Putin’s top ally Darya Dugin was killed in a car bomb on the outskirts of Moscow.

Darya Dugina and her father Alexander Dugin had both been previously sanctioned by UK and US for spreading inaccurate information amid Ukraine war.

UK Office of Financial Sanctions Implementation had defined the daughter a “frequent and high-profile contributor of disinformation in relation to Ukraine and the Russian invasion of Ukraine on various online platforms”.

Following the blast, Russia blamed Ukraine for the attack.

Ukraine’s President Zelensky’s adviser Mykhailo Podolyak denied the allegations and speaking on Ukraine television said: “Ukraine has absolutely nothing to do with this.

“We are not criminal state like Russia, or a terrorist one at that”.

READ NEXT:
Ruth Davidson v Nicola Sturgeon: who do you back on future of Union?
RAF captain refused order to overlook white male candidates
State pension warning: Widows and widowers in ‘financial shock’
British troops urged to get ready for war against Putin
Train strike confirmed this week – August dates in FULL