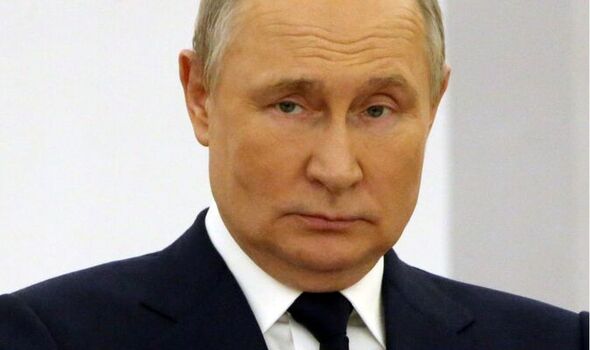 In the latest intelligence update on the situation in Ukraine, the UK Ministry of Defence warned that Russia has sought to legitimise its control of the city and surrounding areas through installing a pro-Russian administration. This administration announced a transition from the Ukrainian hryvnia to the Russian ruble.

The transition is due to happen from today.

The UK MoD has said that such statements from this Russian administration in Kherson are indicative of Russian intent to exert long-term influence in the area.

The update read: “Since seizing the southern city of Kherson in early March, Russia has sought to legitimise its control of the city and surrounding areas through installing a pro-Russian administration.

“Recent statements from this administration include declaring a return to Ukrainian control “impossible” and announcing a four-month currency transition from the Ukrainian hryvnia to the Russian ruble.

“The Russian ruble is due to be used in Kherson from today.

“These statements are likely indicative of Russian intent to exert strong political and economic influence in Kherson over the long term.

“Enduring control over Kherson and its transport links will increase Russia’s ability to sustain its advance to the north and west and improve the security of Russia’s control over Crimea.”