Dominic Raab vows European human rights court will not be allowed to ‘dictate’ to British soldiers, police and NHS under government reforms 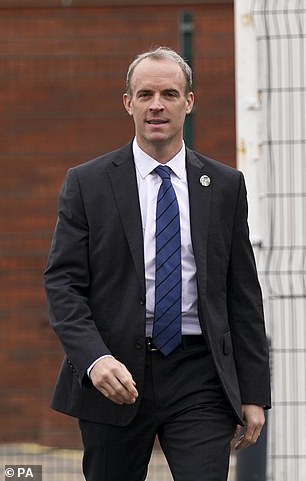 Dominic Raab today vowed European judges will no longer be allowed to ‘dictate’ to British soldiers, police and the NHS.

The Justice Secretary has given more assurances – although little in the way of fresh detail – about his determination to overhaul ties with the European Court of Human Rights (ECHR).

He also confirmed that the government is developing a legislative ‘mechanism’ to ‘correct’ judicial review conclusions that ministers believe are ‘incorrect’.

‘We want the Supreme Court to have a last word on interpreting the laws of the land, not the Strasbourg court,’ Mr Raab told the Sunday Telegraph.

‘We also want to protect and preserve the prerogatives of Parliament from being whittled away by judicial legislation, abroad or indeed at home.’

Boris Johnson allocated Mr Raab the task of rewriting the law to give more protections from Strasbourg when he moved him from the Foreign Office in last month’s reshuffle.

Mr Raab repeated a commitment he made during his Tory conference speech in Manchester to stop the Human Rights Act being used by criminals to avoid deportation.

The Deputy Prime Minister warned that a ‘serious issue’ was developing where foreign criminals were using the Act’s ‘right to family life’ clause to frustrate deportation orders, with it being cited in ‘somewhere between 100 and 200 cases a year’.

The proposals to shake up the Human Rights Act are expected to be put before MPs in the spring, with changes to the judicial review process possibly to be debated before the month is out.

The plan had initially been to give a second reading to the Judicial Review and Courts Bill on Monday, but the House of Commons is preparing to clear its timetable to make way for tributes to Conservative MP Sir David Amess, who was murdered on Friday.

Mr Raab told the Telegraph it was ‘wrong’ that judges in Strasbourg ruled on matters relating to British soldiers fighting overseas and he was studying how to wind in the court’s influence in the UK.

‘We want the Supreme Court to have a last word on interpreting the laws of the land, not the Strasbourg court.’

As part of his judicial review proposals, Mr Raab said he wants to change the current system, which he said left the door open to lengthy and expensive legal challenges which were being used to ‘harpoon’ major Government infrastructure projects and slowing down development. 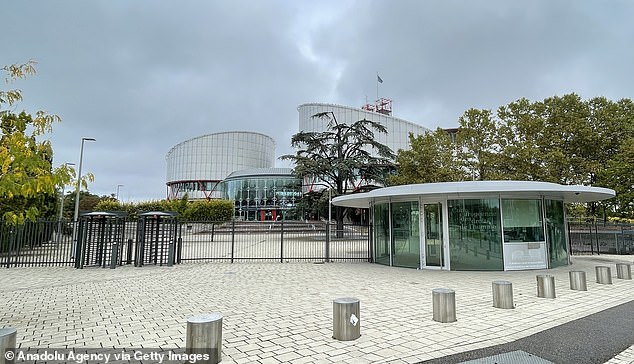