THE reason why the Queen’s death certificate includes three blank spaces has been revealed.

The late monarch's death certificate was released today, three weeks after she passed away on September 8 at Balmoral Castle aged 96. 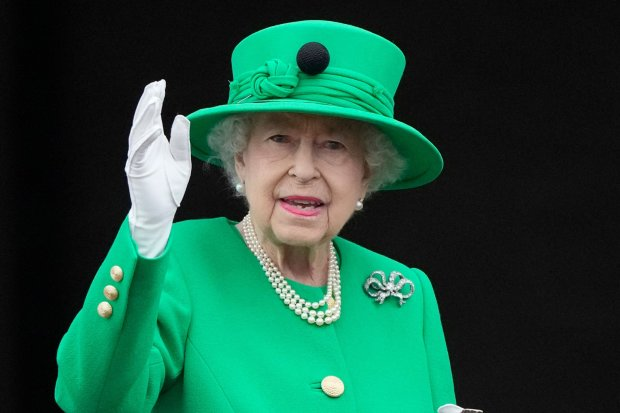 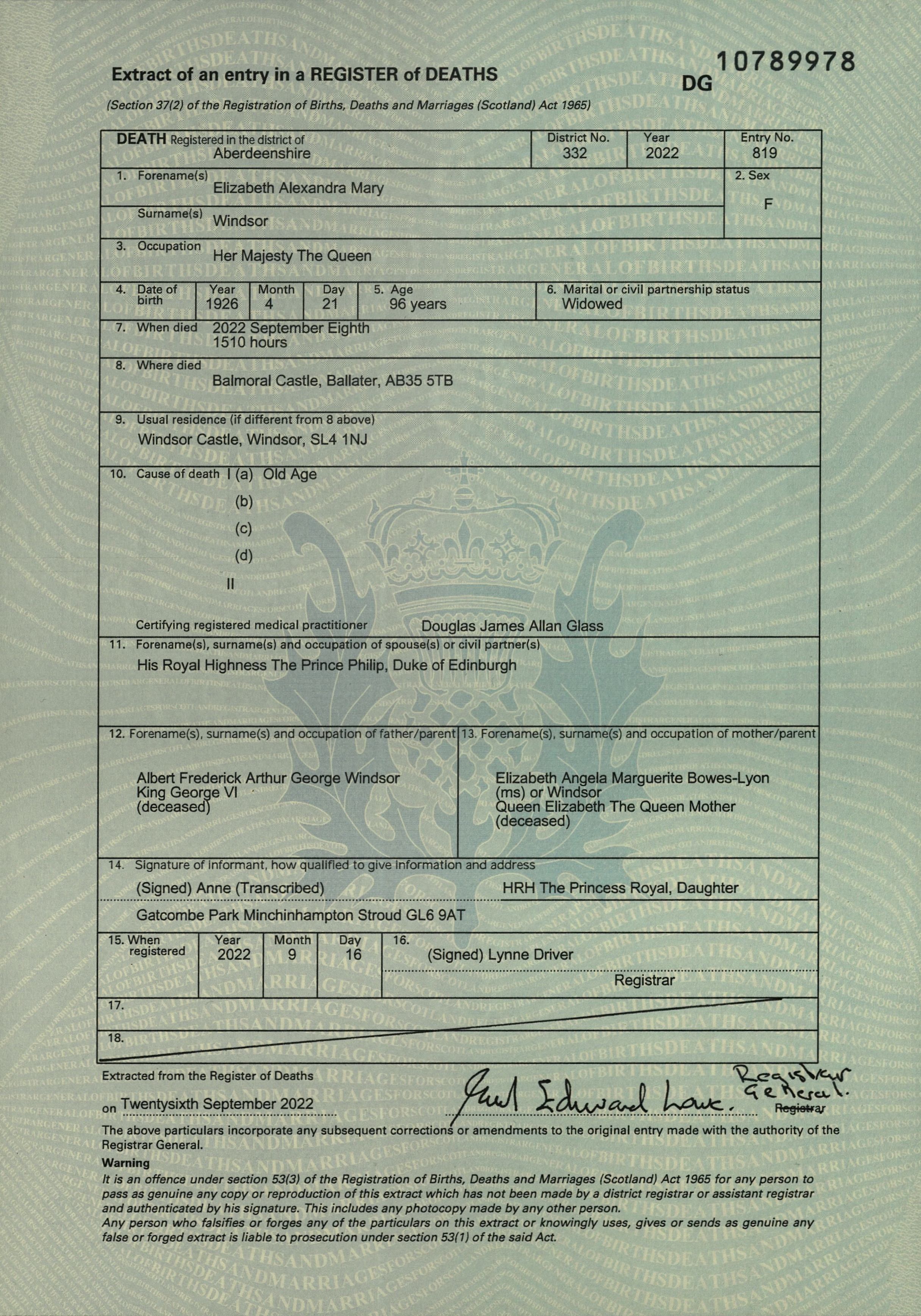 It revealed she died at 3.10pm – and listed her cause of death as old age.

It also showed the official informant was Princess Anne, who had been at Her Majesty's bedside when she died.

But Brits were left scratching their heads after eagle eyed royal fans pointed out that three spaces on the certificate were left blank.

The official cert from Scottish Registry shows nothing is filled in at the B, C and D spots in the cause of death section.

Some jumped to the conclusion that parts had been redacted – and accused the Government of covering up details of her death.

However, this is not the case, it just means that old age was the only cause of death listed on the certificate, with no other contributing factors given.

Scottish Registry told The Sun: “There have been no redactions or changes made to the certificate.”

If the Queen died in England, no official cause of death would have been announced since the Registration Act of 1836 does not apply to monarchs. 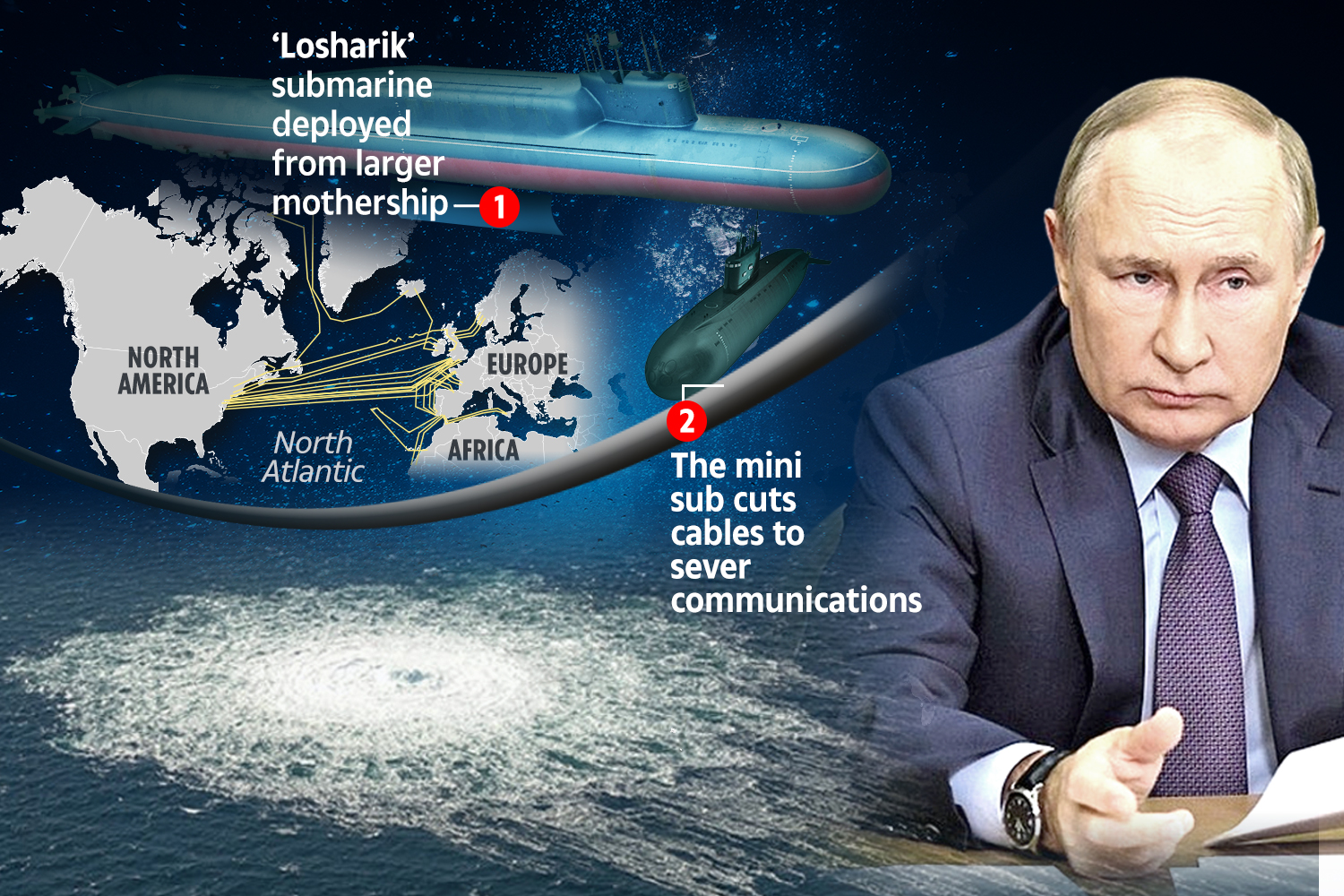 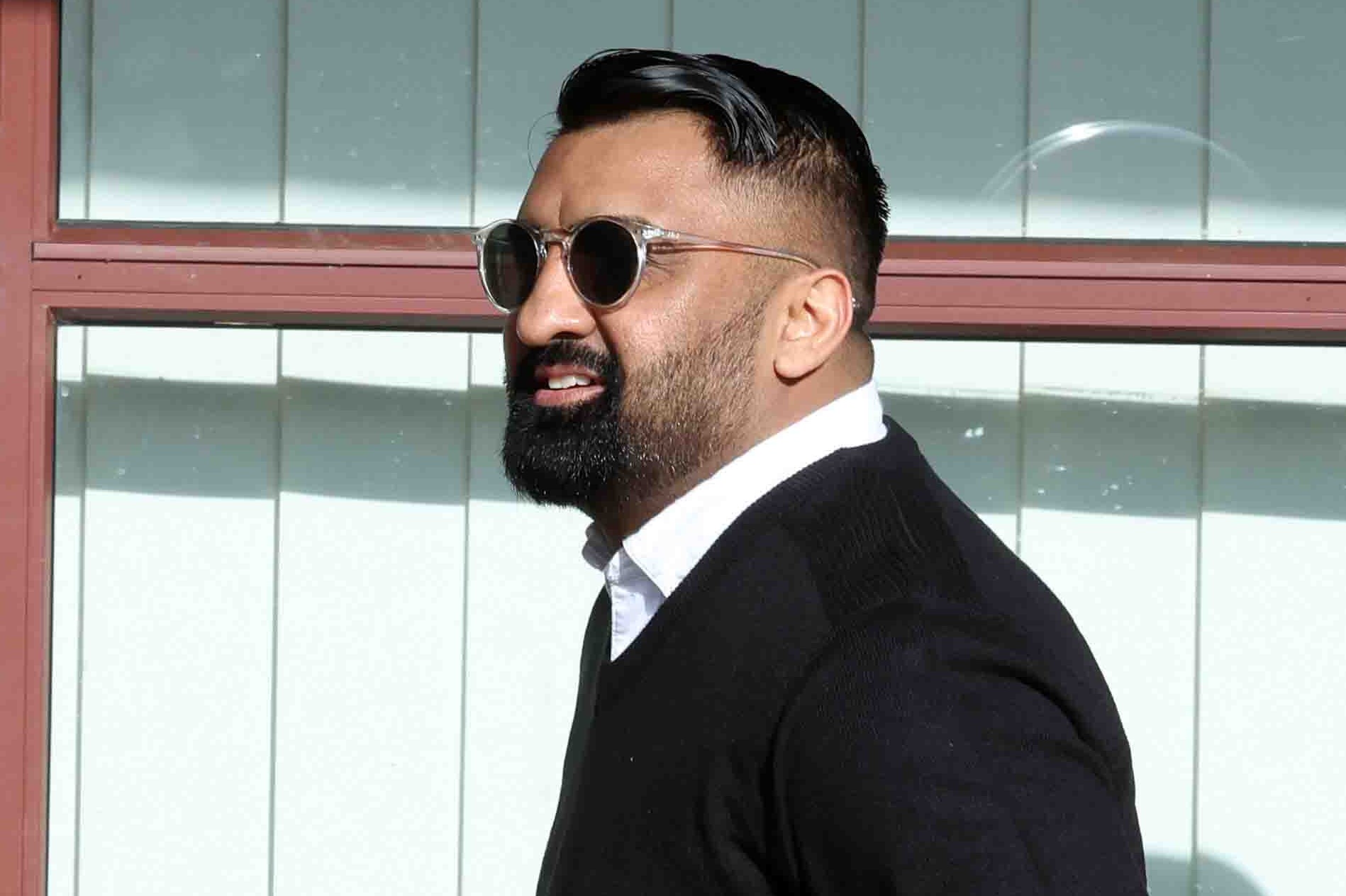 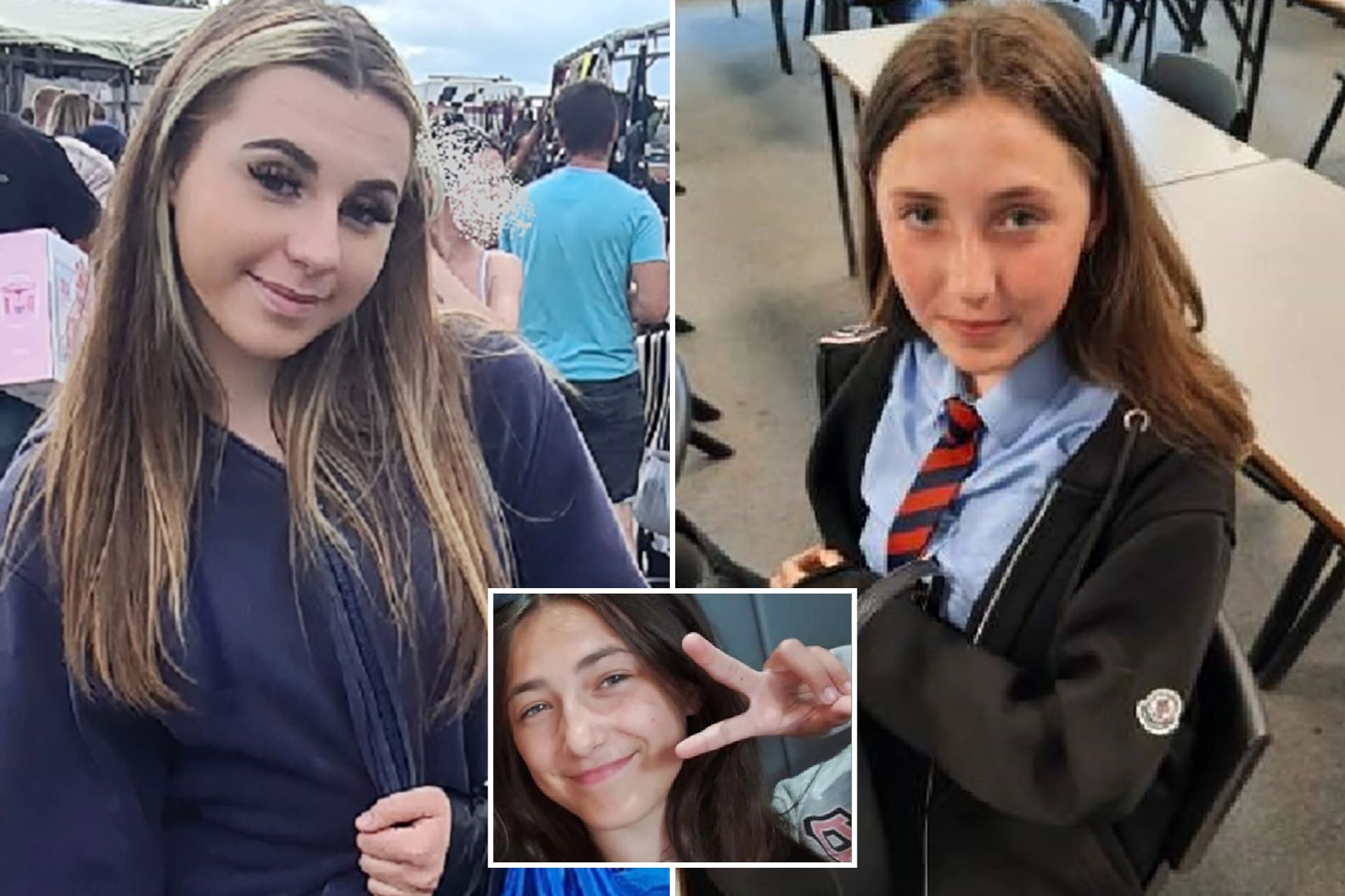 Three schoolgirls aged 12, 13 and 14 who vanished overnight are found safe

But because she died in Scotland – under the Registration of Births, Deaths and Marriages (Scotland) Act of 1965, all deaths must be registered within seven days.

The medic is a GP from Aboyne in the Highlands, which is around 20 miles from Balmoral.

The Queen's usual residence was noted as Windsor Castle, while the monarch's occupation was listed as: "Her Majesty, the Queen."

The Queen's marital status was given as "widowed" following the passing of Prince Philip in April 2021.

The royals had raced to get to Balmoral after the Queen fell ill on September 8.

King Charles and Anne were already in Scotland so made it in time to say a final goodbye.

The Queen’s other children, the Duke of York and the Earl of Wessex, also travelled to the Scottish estate with Prince William but sadly she had already died.

Prince Harry arrived at around 8pm after flying in from Windsor.

Her Majesty's death was announced to the world more than three hours after she passed away.

She was buried with her husband Philip alongside the remains of her mother, father and sister in St George's Chapel following her funeral last Monday. 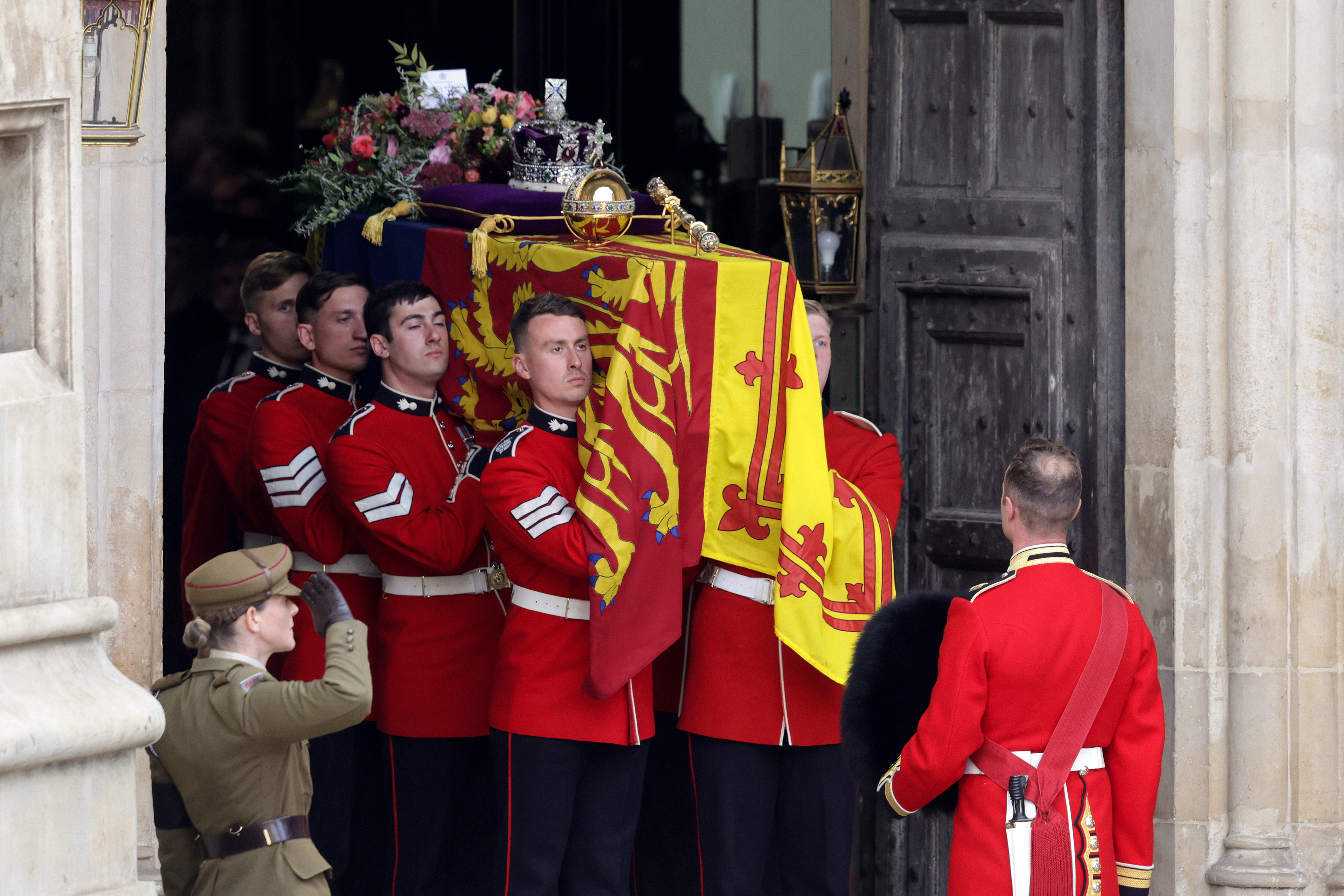