Rebekah, wife of ex-England star Jamie, took aim at the absence of male BBC pundits for England’s 2-1 win over Scotland.

She wrote “umm what happened to equality” along with an emoji of a person using a magnifying glass.

It sparked a furious Twitter response, with fans branding her comments “ridiculous”.

Ex-Lionesses star Alex Scott, who was on the panel, responded with a picture of the France vs South Korea panel which featured former England star Dion Dublin. 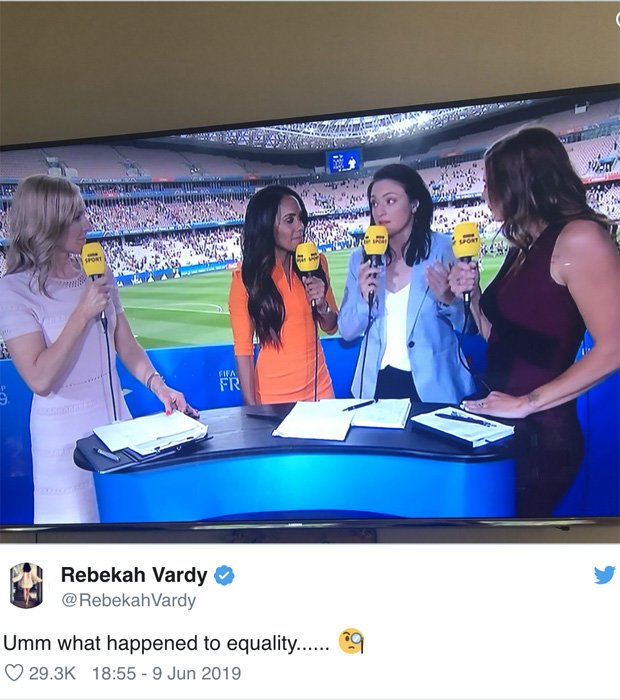 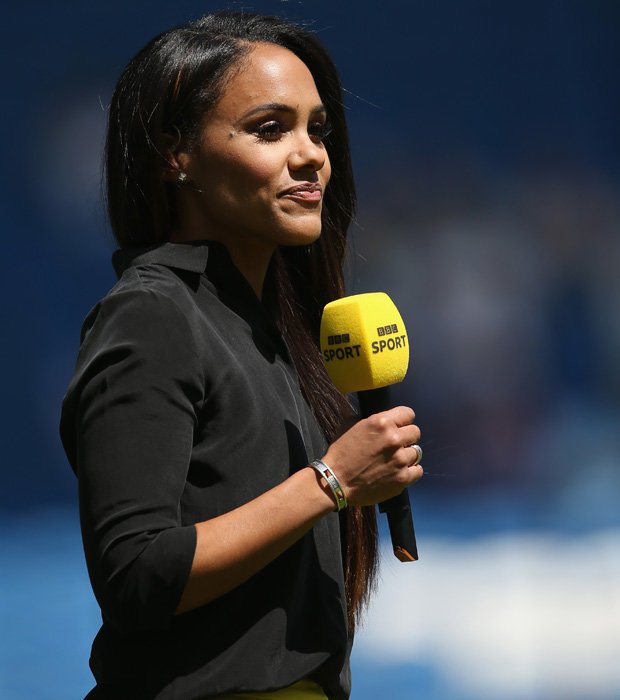 “All you’re doing is opening the door for more men to unnecessarily try hate on the women’s game.”

But Rebekah hit back, saying: “Woahhh I 100% fully support women’s football and women in football as I do in all sport.

“They did a great job. I’m just making a point.”

She then added: “I’ll draw a line and say this. Men need to be more involved in women’s football to get it to where it needs and DESERVES to be.

“We have some incredibly talented players. End of.”

The Lionesses secured victory over the Scots thanks to goals from Nikita Parris and Ellen White.