And then there were TEN: Final line-up for Tory leader battle is confirmed as Remainer Sam Gyimah drops out admitting he does not have enough support to stand

Ten Tories are set to do battle to replace Theresa May after the final line-up was confirmed tonight.

Remainer Sam Gyimah, who has been demanding a fresh Brexit referendum, dropped out just after the deadline for nominations, admitting he does not have enough support to stand.

However, other candidates who were struggling secured the required eight endorsements from fellow MPs – leaving a total of 10 in the race.

The Parliamentary party will now whittle the field down to a final two over the next fortnight – before Tory members decide the winner. 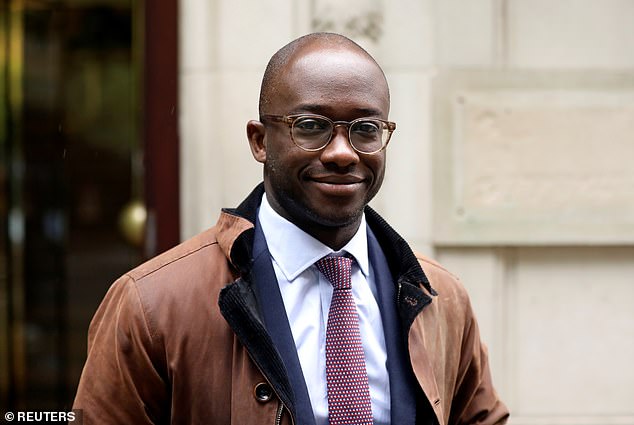 Remainer Sam Gyimah dropped out just after the deadline for nominations, admitting he does not have enough support to stand 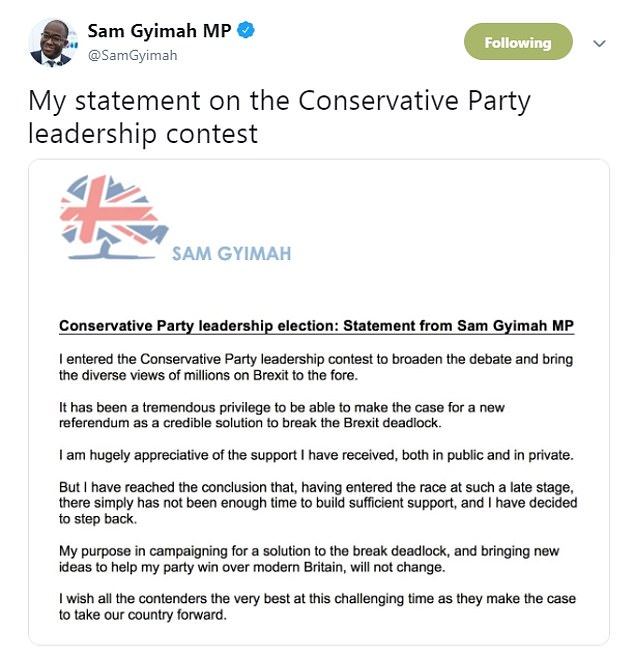 Jeremy Hunt has set the stage for a titanic battle with Boris Johnson for the keys to Downing Street – as Cabinet heavyweights lined up behind him.

The Foreign Secretary is looking like the ‘Stop Boris’ candidate after winning endorsements from both Amber Rudd and Penny Mordaunt.

How will the Tory leader battle play out?

After Theresa May formally tendered her resignation as Tory leader on Friday, nominations have closed for her replacement.

Ten of the 11 hopefuls have reached the threshold of eight endorsements from MPs, which was raised by Conservative chiefs amid concerns the field was getting too large.

One contender, Sam Gyimah, dropped out admitting he does not have the support.

Now the candidates have been finalised, MPs will start whittling them down in a series of votes.

This will be another critical day, as the first ballot takes place.

Anyone with fewer than 16 votes will be automatically eliminated, and at least one will be ejected.

Further rounds of voting will take place during June until there are just two candidates left by this point.

The winner is due to be declared this week.

They will take over from Mrs May as PM shortly afterwards – probably in time to take a session of PMQs before the Commons breaks up for its summer recess.

The backing – at a slick campaign launch in Westminster today – comes as the contest stepped up a gear, with Tory rivals from all factions taking aim at front runner Mr Johnson.

Ms Rudd jibed that being ‘sunny and optimistic’ could not make up for having no ‘plan’ for leaving the EU, while Ms Mordaunt said she wanted someone in charge with ‘experience’.

Dominic Raab also took a thinly-veiled swipe, warning that ‘bluff and bluster’ could not deliver Brexit.

Meanwhile, the former foreign secretary’s call for £10billion of tax cuts for higher earners was dismissed as ‘unrealistic’ and only designed to benefit the rich.

Nominations in the contest officially open this morning, with each candidate needing pledges of support from at least eight colleagues.

But some of the 11 candidates seem to be struggling to reach the threshold as the ‘big beasts’ turn up the heat.

In an extraordinary piece of blue-on-blue warfare, Michael Gove is also facing demands to quit the race after admitting having taken cocaine in the past.

He tried to distract attention from the spat at his own launch this afternoon, saying he has ‘acknowledged mistakes’ and taunting that Mr Johnson does not ‘believe in his heart’ that he can be PM.

Former foreign secretary Mr Johnson is the bookmakers’ favourite to replace Theresa May and the main focus at Westminster is on who will challenge him when MPs have whittled the field down to the final two next week.

Tory members will then have the final say, with the new PM expected to take over at the end of next month.

Mr Hunt and Mr Gove, the MPs seen as Mr Johnson’s most likely competitors, both launched their campaigns today.

At his event, Mr Hunt said the Tories must now ‘broaden our appeal to Remainers, to women, to minorities, to young people and to the centre ground’. ‘A serious moment calls for a serious leader,’ he said.

Mr Hunt stressed he was prepared to leave the EU without a deal, but signalled he could extend Brexit beyond October 31 if an agreement was in sight. 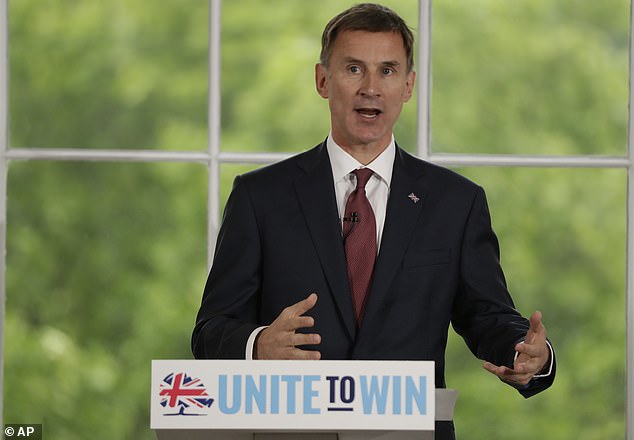 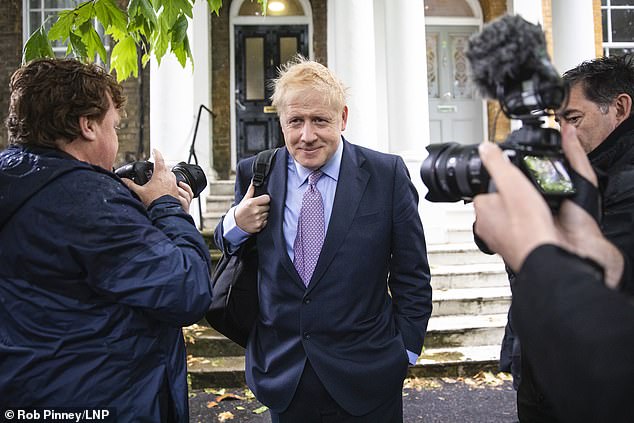