REVEALED: Amber Heard stayed in a $22,000-a-month Virginia mansion with tennis court, theatre and spa during defamation battle with Johnny Depp (but now says she can’t afford to pay him $8million)

Amber Heard stayed in a luxury $22,500-a-month Virginia mansion during her blockbuster defamation trial against Johnny Depp, it has emerged.

Despite forking over for the 13,000 square-foot home throughout the trial, the 36-year-old says she can’t afford to pay the more than $8million she owes her ex-husband after a jury ruled she defamed him.

The actress was ordered to pay Depp, 58, $15million – $10million in compensation and $5million in punitive damages.

The judge later capped the damages at the Virginia maximum of $350,000. Minus the $2million Depp was ordered to pay Heard, she owes him a total of $8.35million.

Heard’s attorney, Elaine Bredhoft recently announced the actress ‘absolutely’ cannot afford to pay the damages, and said she intends to appeal the verdict. 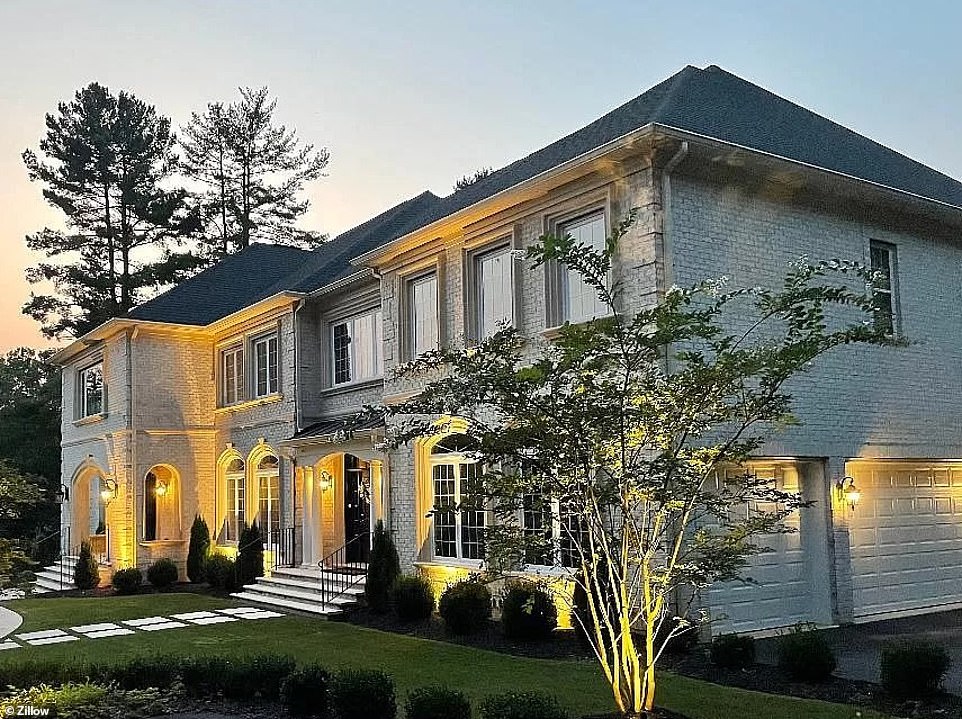 Amber Heard, 36, reportedly rented this McLean, Virginia, mansion for $22,500 per month during her defamation trial against Johnny Depp 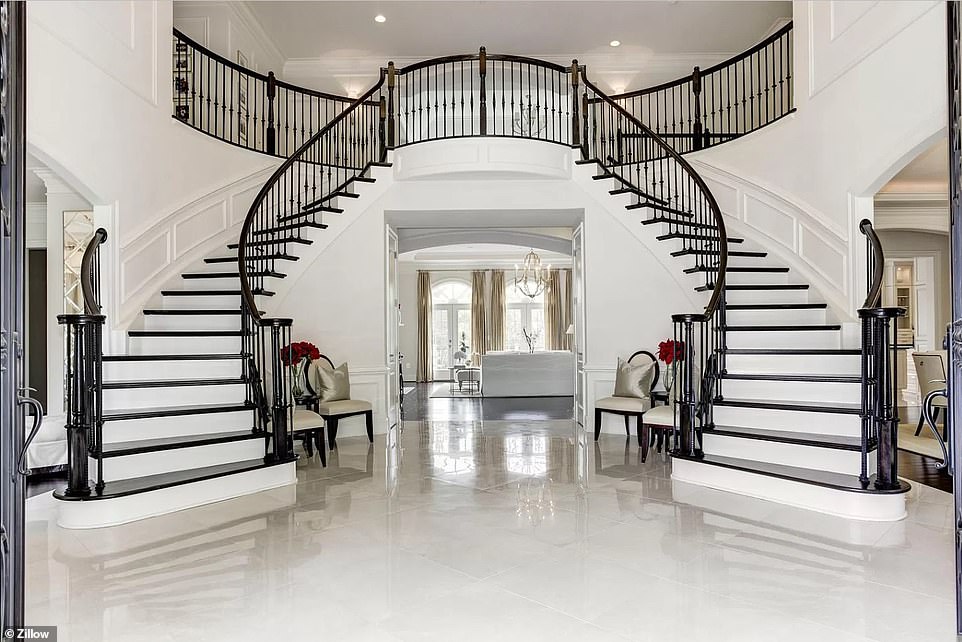 The 13,000 square-foot mansion features these sweeping double staircases in its two-story grand entryway 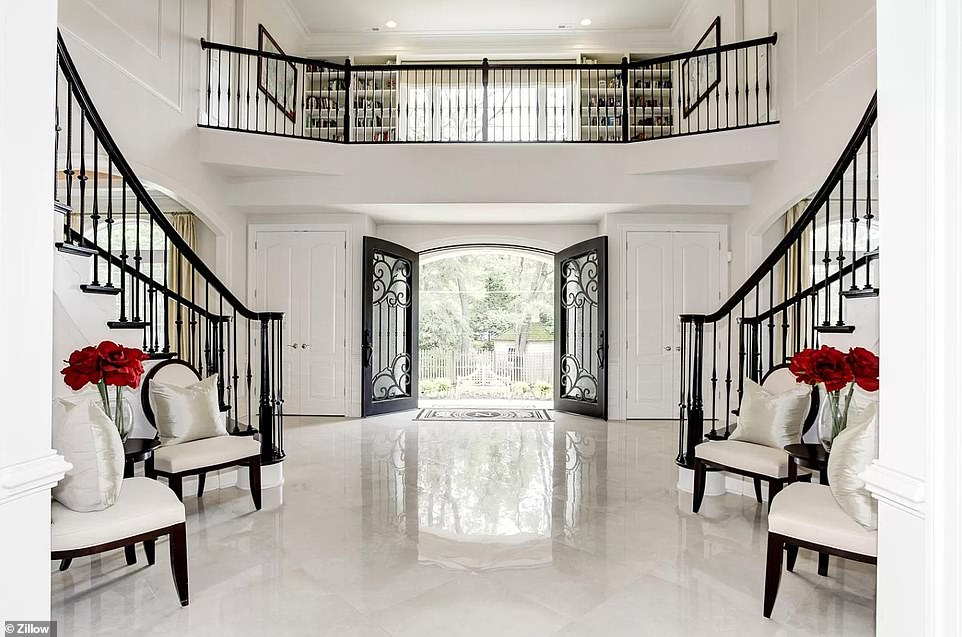 Heard’s attorney, Elaine Bredhoft recently announced that the actress ‘absolutely’ cannot afford to pay the damages, and that she intends to appeal the verdict 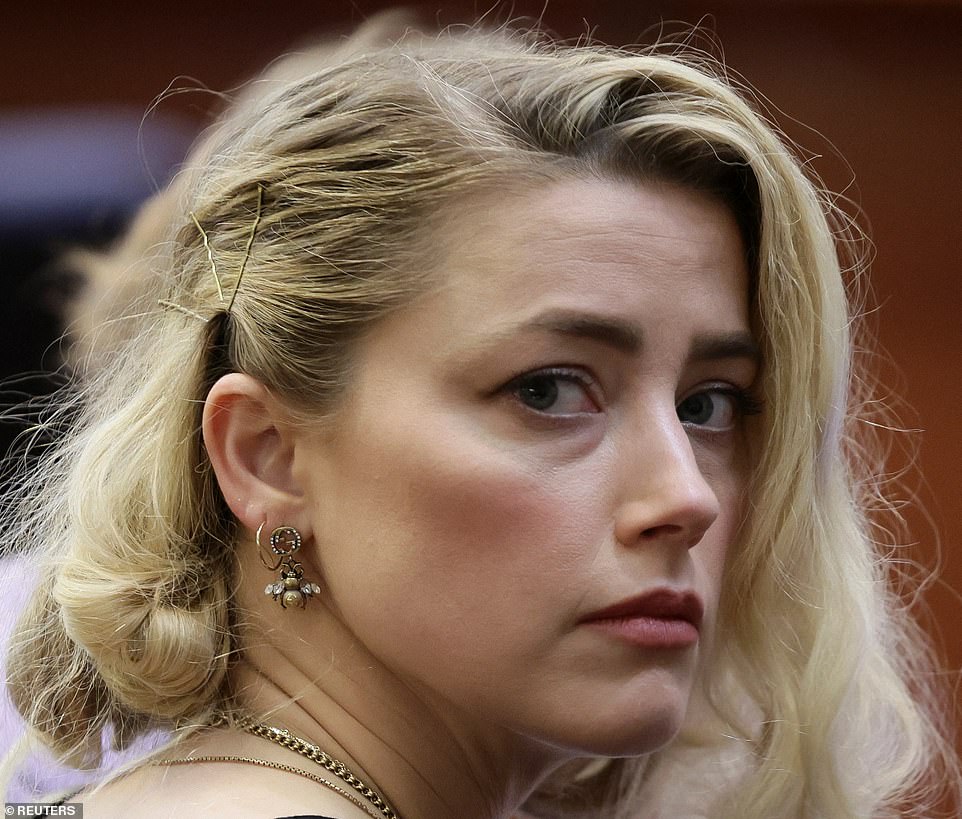 Amber Heard on June 1, the day she was ordered to pay ex-husband Johnny Depp $15million in damages for defamation

Despite her representation’s claims of financial woes, Heard hunkered down in the lap of luxury with her family while the trial played out, according to TMZ.

The actress reportedly rented out a 13,000-square-foot mansion in McLean, Virginia, a leafy D.C. suburb, and a 25-minute drive from the Fairfax Country Courthouse where her trial played out over 6-weeks.

The house sits on an acre of land, and sports a tennis court, a home movie theater, eight bedrooms, and a pair of sweeping staircases in the entryway.

A Zillow listing for the property describes it as ‘One of the most distinctive and private estates offered in McLean,’ and gushes about a ‘2 story grand Foyer with an elegant double curved staircase, a true ‘wow’ and dream for entertainers.’ 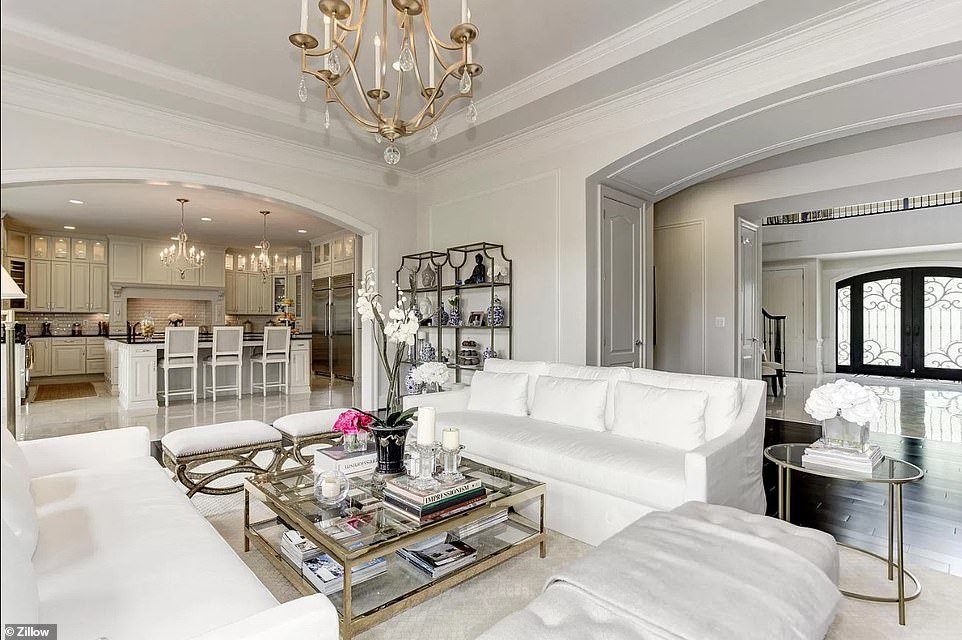 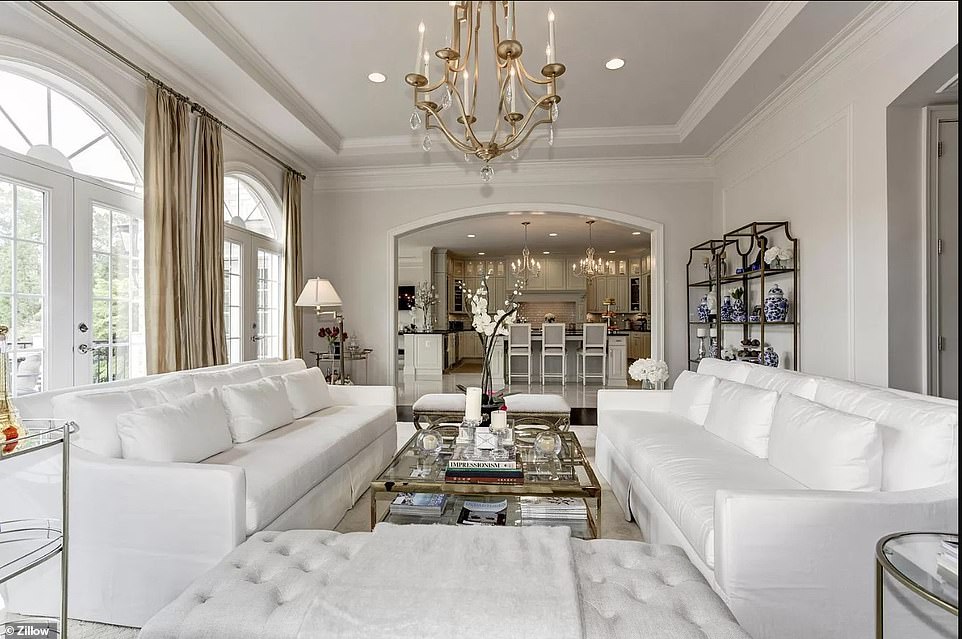 Rental records on the listing do not include Heard’s name, but they show that the property was rented on May 4, 2020. It is unclear if the property was being rented at the start of the trial on April 11.

Witnesses reportedly said Heard was seen at the home her sister Whitney, and her daughter Oomagh Paige. Heard’s security was also seen at the property.

Bredhoft appeared on the Today Show on Thursday and said that Heard has ‘excellent grounds’ to appeal the verdict and plans to do so.

Asked if the Aquaman actress would be able to pay the damages she owes Depp after a jury vindicated his claims that she lied by accusing him of abuse during their marriage, Bredhoft replied: ‘No, absolutely not.’ 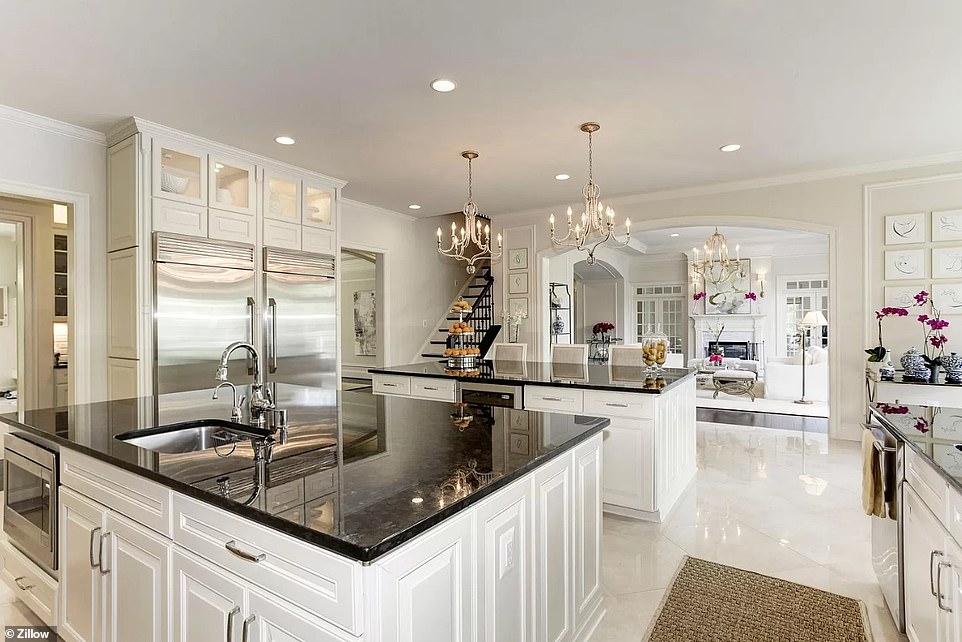 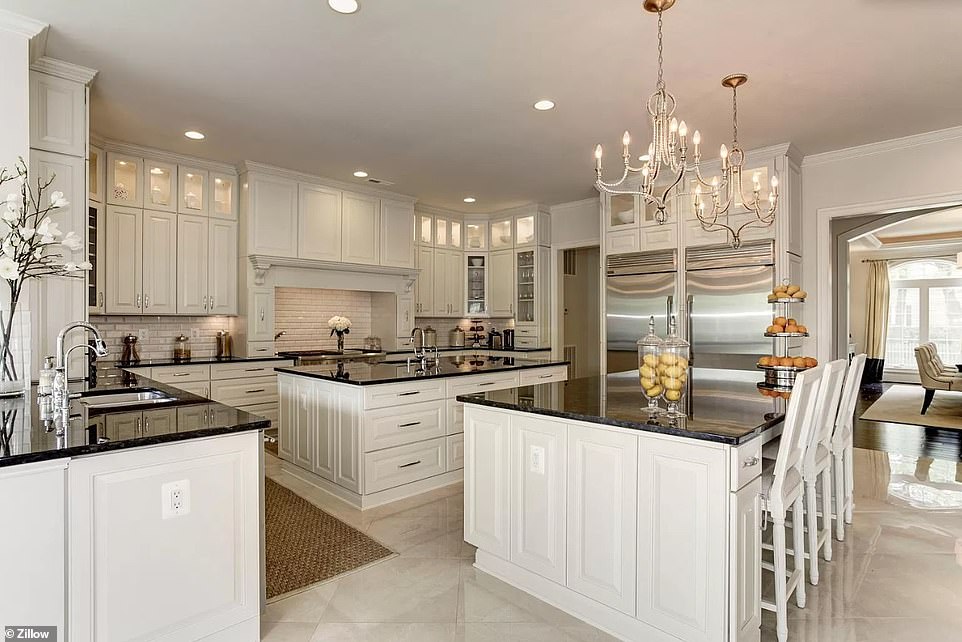 The house sits on an acre of land, and sports a tennis court, a home movie theater, eight bedrooms, and a pair of sweeping staircases in the entryway 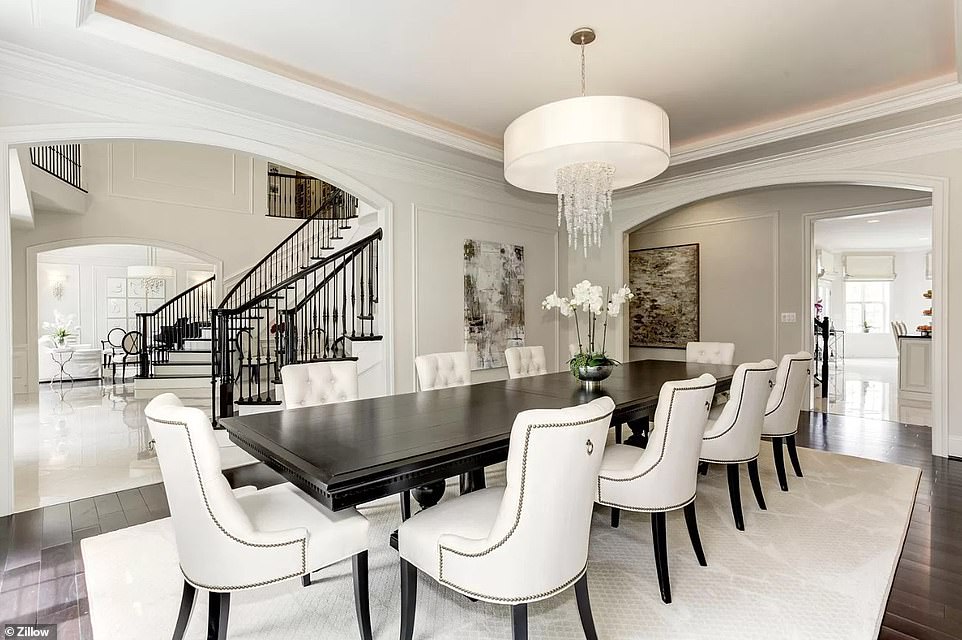 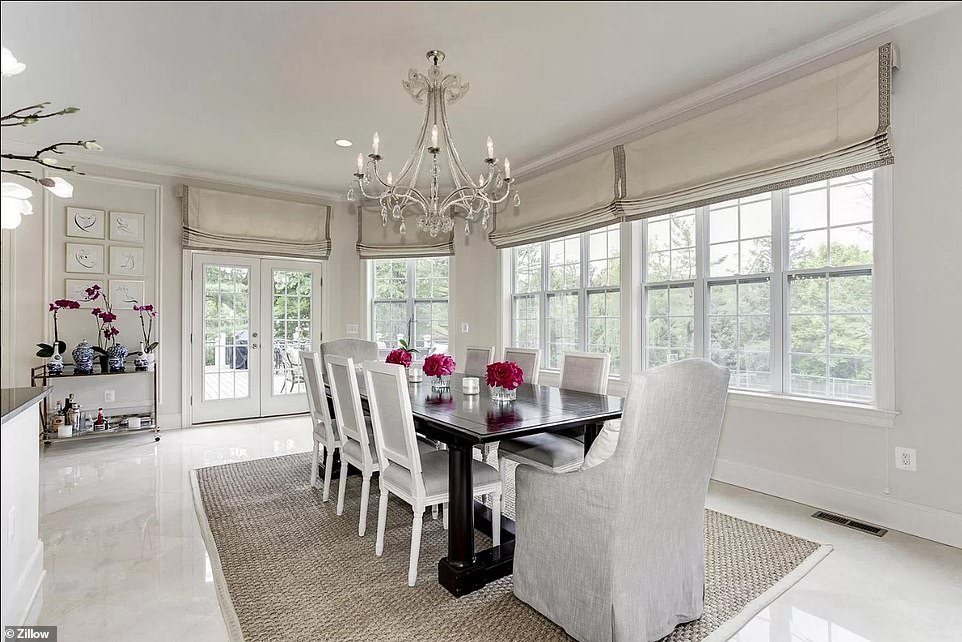 Another dining room in the mansion. Heard’s attorney recently stated that Heard cannot afford to pay the damages she owes Depp

Heard intends to appeal on the grounds that Depp’s legal team suppressed a mountain of evidence including therapist notes and texts detailing abuse which may have won her the case, according to Bredehoft.

‘We had an enormous amount of evidence that was suppressed in this case that was in the UK case,’Bredehoft said, ‘In the UK case when it came in, Amber won and Mr Depp lost.’

‘The court found there – and we weren’t allowed to tell the jury this – but the court found that Mr Depp had committed at least 12 acts of domestic violence, including sexual violence against Amber.’ 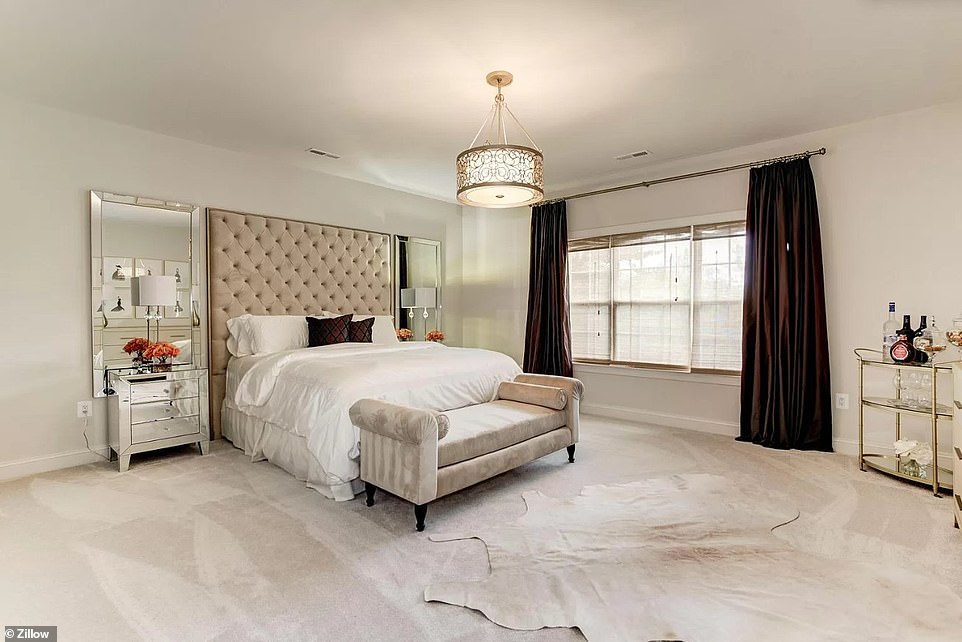 One of the eight bedrooms in the massive McLean, Virginia, mansion. It is located about 25 minutes from the courthouse where the trial took place 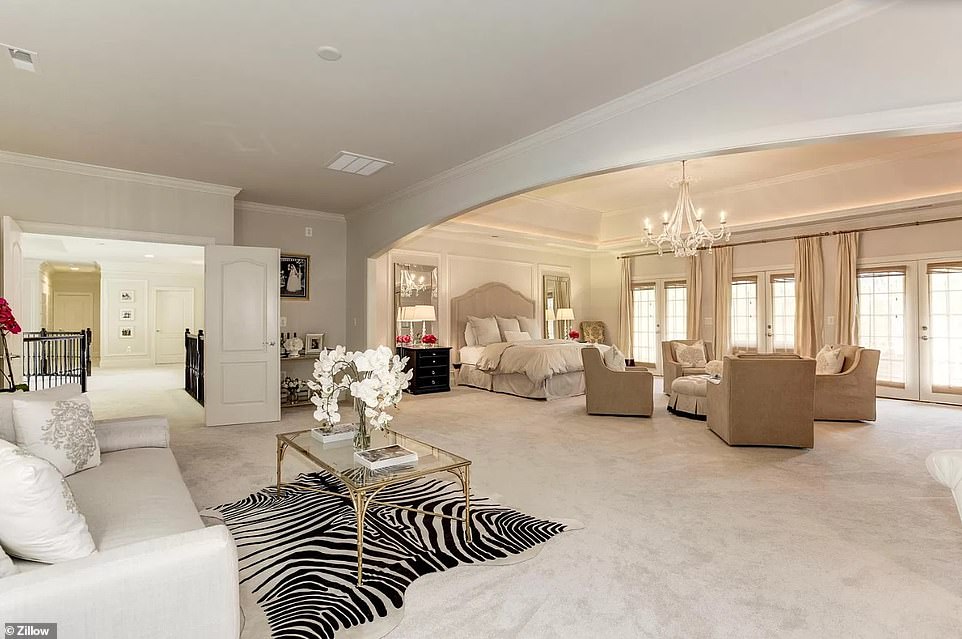 A massive bedroom in the mansion Heard rented. The house has eight bedrooms and nine bathrooms 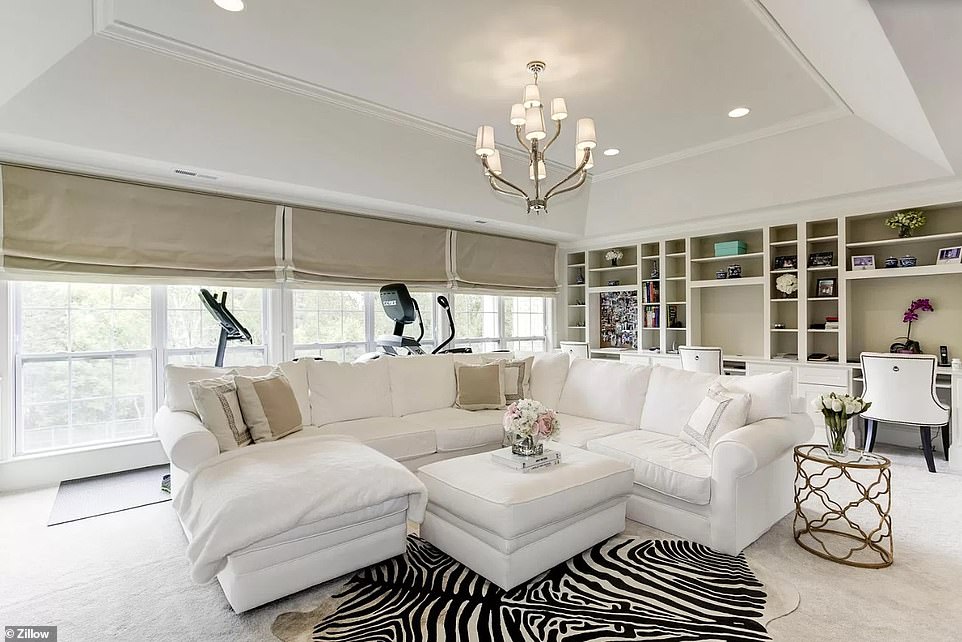 A sitting room with a wide set of windows, and inlayed with bookshelves and desks

Britain’s High Court ruled in 2020 that it was ‘substantially true’ to describe Johnny Depp as a ‘wife beater’.

It also found that Heard was put in fear for her life on three occasions.

A year later, the UK’s Court of Appeal upheld the verdict, stating the trial was ‘full and fair’. 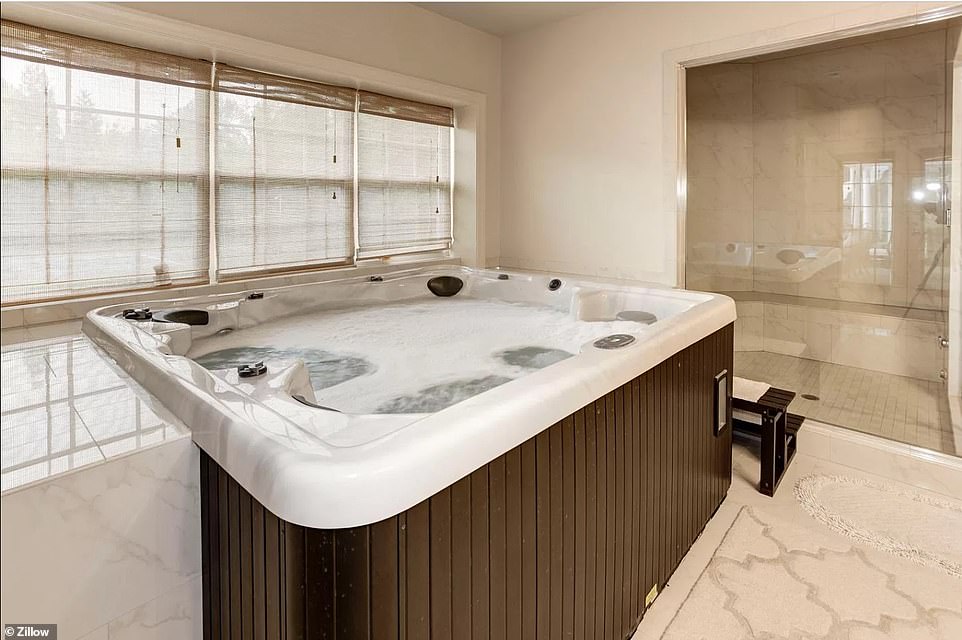 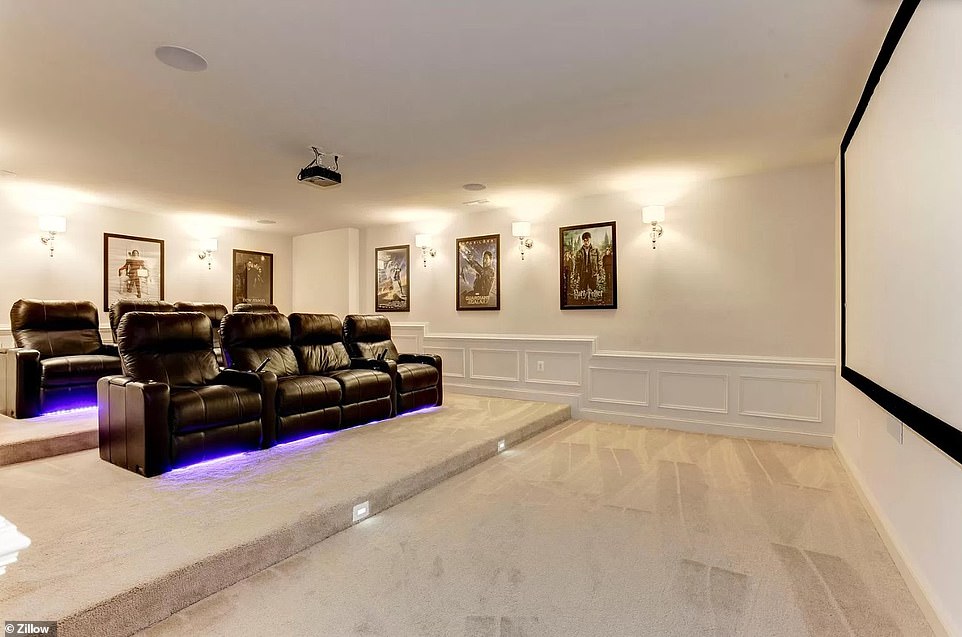 The home includes a professional home-theater, complete with reclining seats and a projector 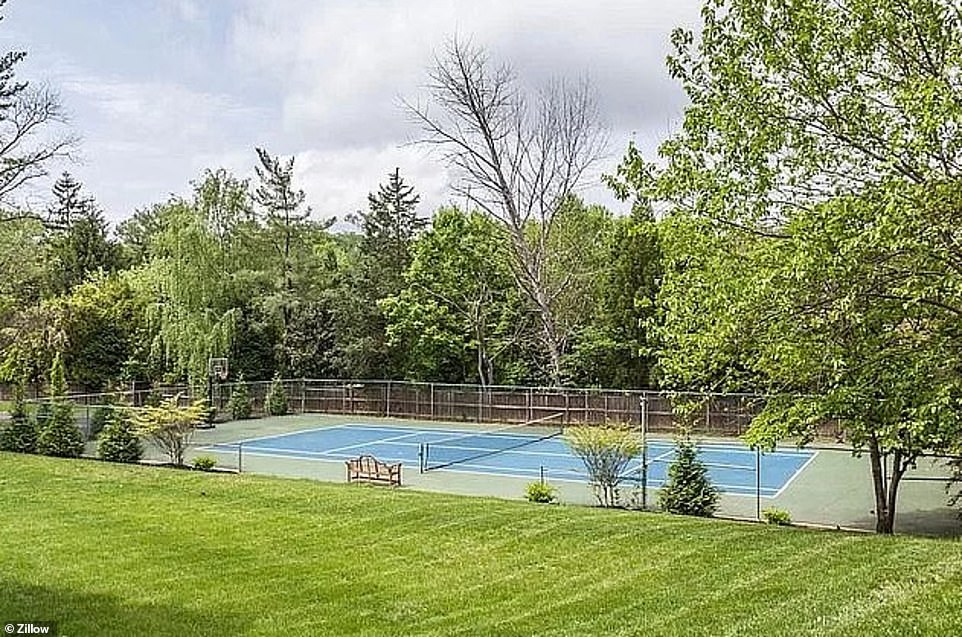 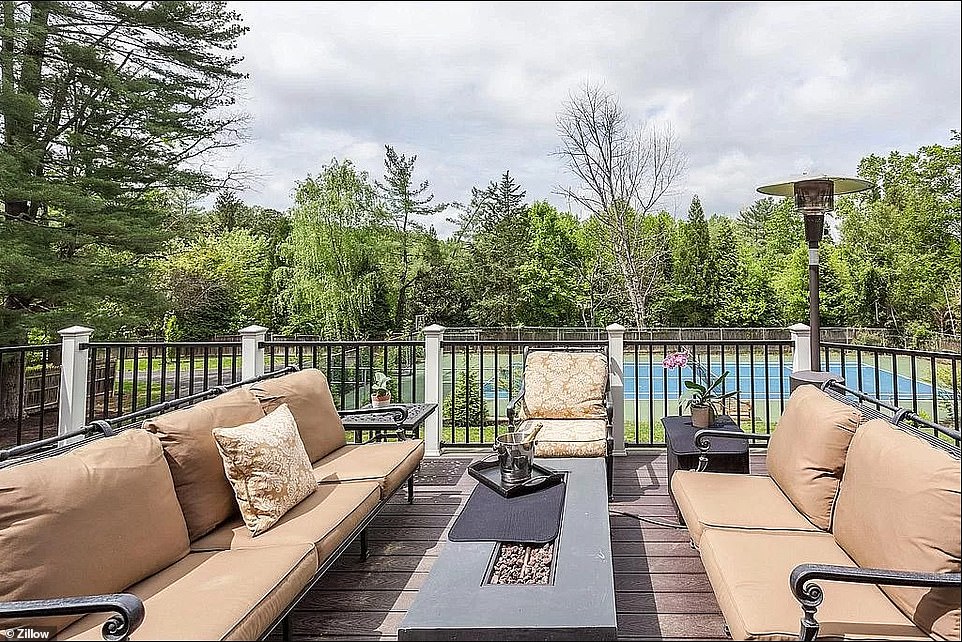 But the jury in Fairfax County flipped that judgment after a six-weeks-long trial and hours of deliberations.

It decided that Heard had acted ‘with actual malice’ in effectively accusing Depp of abuse via a 2018 op-ed for the Washington Post.

The attorney blamed the absence of ‘very, very significant’ medical records dating back to 2012. 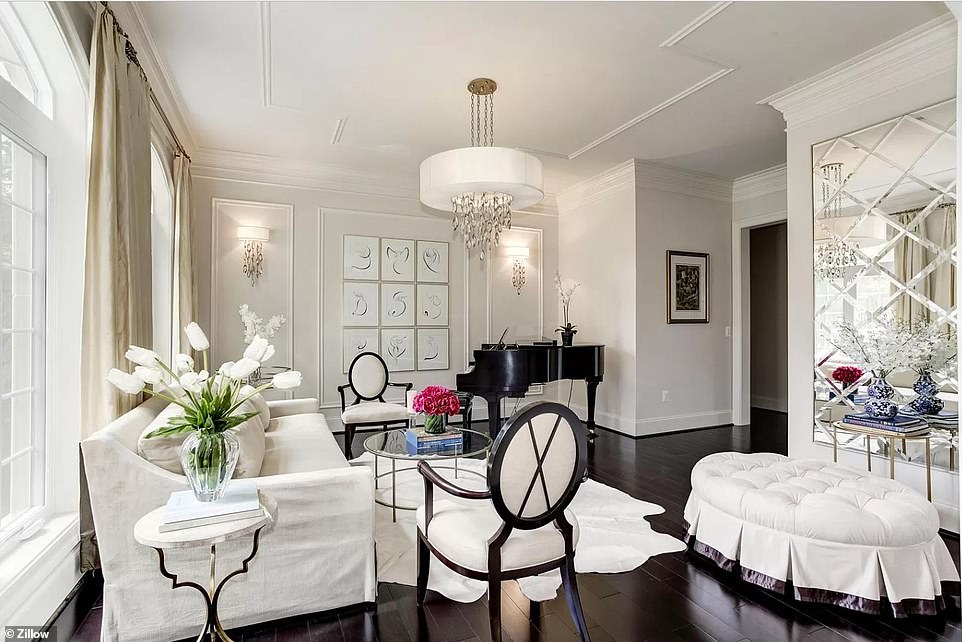 A living room in the luxurious mansion Amber Heard rented during her trial against Johnny Depp. 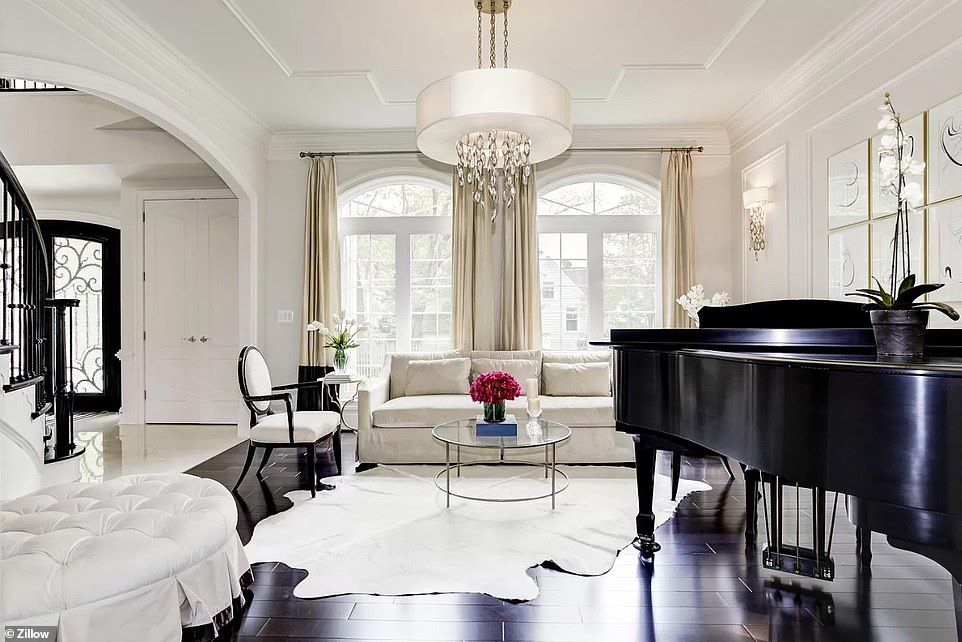 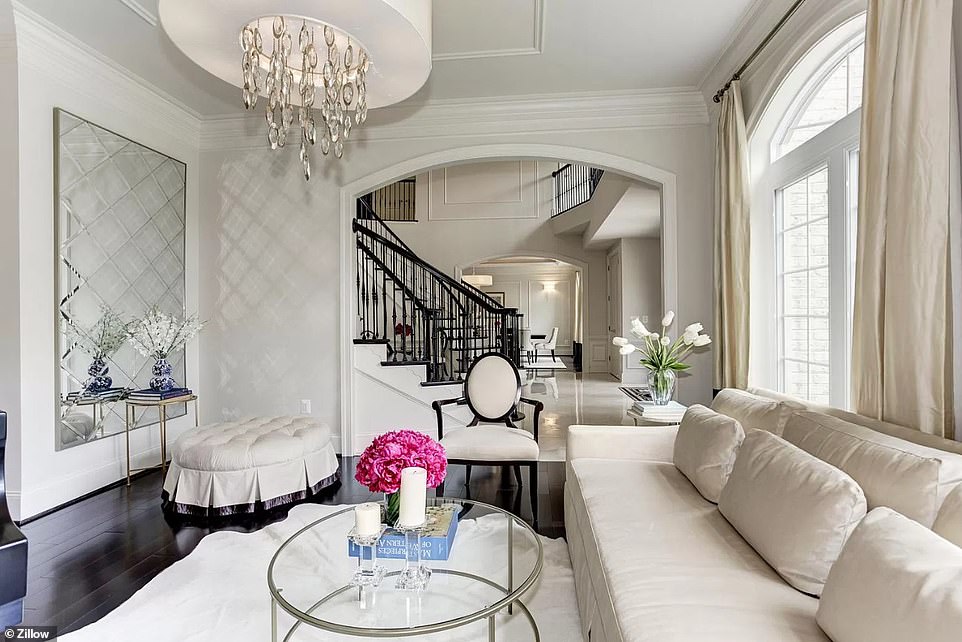 They ‘showed a pattern’ of Heard reporting Depp’s alleged abuse to her therapist There were also a pile of texts detailing the nature of Depp’s violence toward Heard, Ms Bredehoft added.

She said: ‘We had significant amount of texts, including from Mr. Depp’s assistants, saying ‘When I told him he kicked you, he cried, he is so sorry.’ That didn’t come in.’

The judge in Fairfax County ruled this evidence inadmissible after a bid by Depp’s legal team. 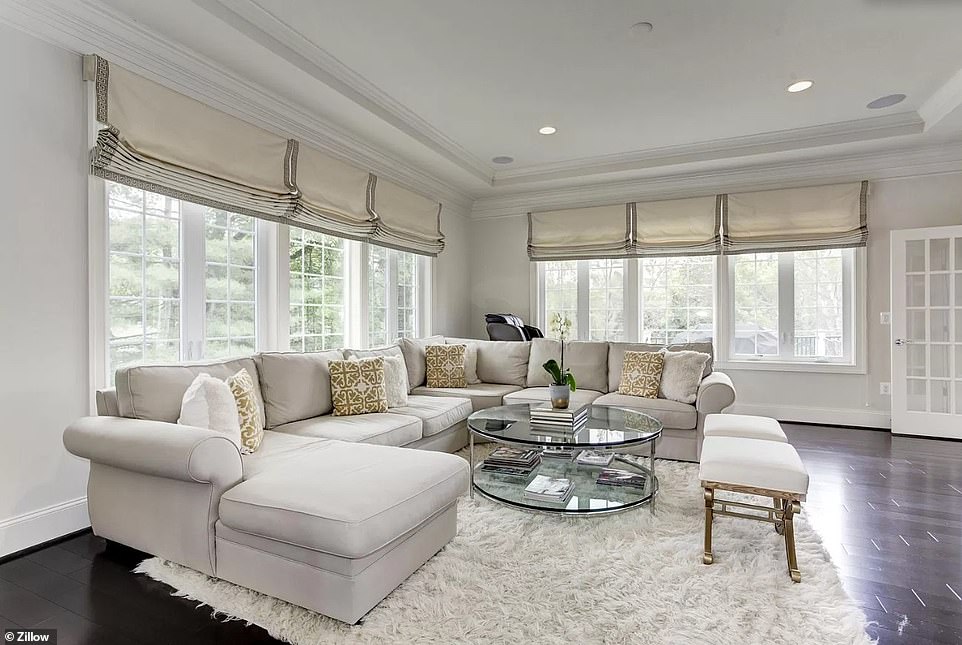 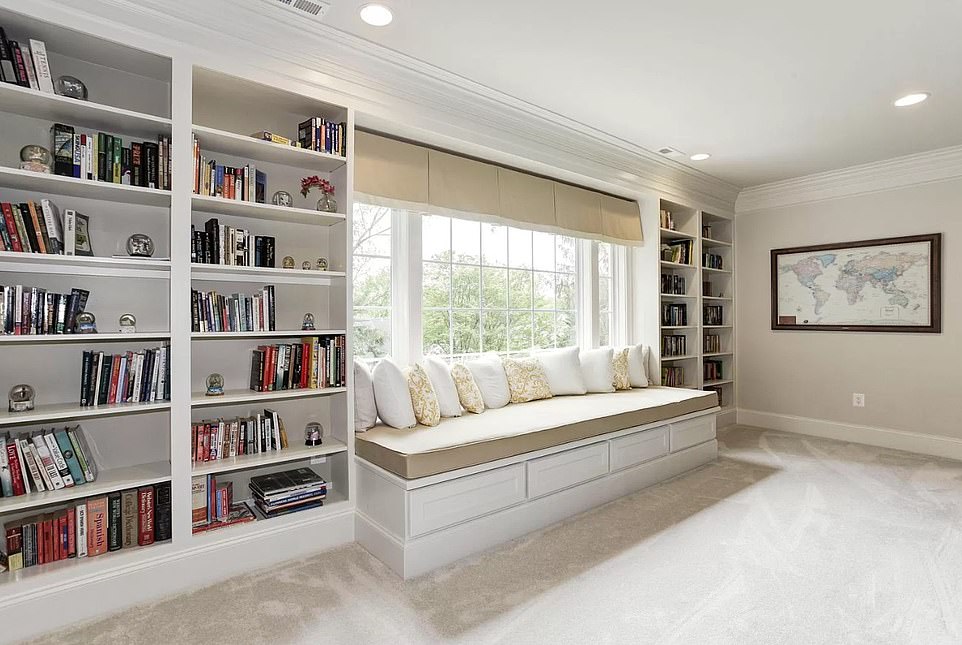 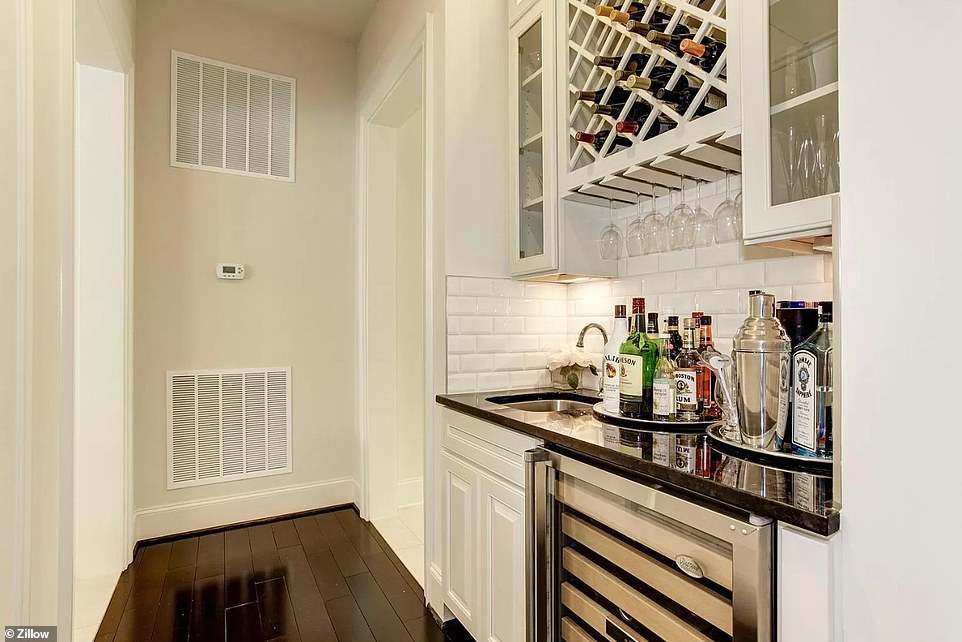 A wine wrack, wine-fridge, and dry-bar in the mansion Heard rented in McLean, Virginia

Ms Bredehoft said: ‘Unless you pull out your phone and videotape your spouse beating you, you won’t be believed.’

Heard’s attorney also insisted the jury in the case had been influenced by public opinion, particularly via social media, despite strict orders from the judge not to read anything about the case outside of court.

‘There’s no way they couldn’t have been influenced’, she said of the jury’s access to public sentiment during the case.

‘It was horrible. It was really, really lop sided. It’s like the Roman coliseum, how they viewed this whole case.’