Greig Irvine’s bizarre trick has previously always gone to plan as nature took care of the coin after a few days.

But at a house party on Saturday night, the 22-year-old managed to get the pound stuck fast in his gullet.

Greig, from Drumchapel, Glasgow, was warned he faced surgery to remove the coin but doctors were able to push a flexible tube down his throat and gently remove the object.

An X-ray clearly shows the stuck coin, which was preventing Greig from eating anything.

He revealed on Twitter: “Canny believe am heading to A&E cause av swallowed £1 when on it Saturday n canny eat cause it’s stuck in ma chest [sic].”

Alongside an image of his x-ray he said: “Better get it back.”

After spending yesterday in hospital as a result, he captioned another image of himself wearing a gown: “I have a season ticket for A&E.”

An hour and a half later, he uploaded a new image showing a pound coin in the palm of his hand with the caption: “Got it back.”

Greig revealed that he has only done his ‘party trick’ since the introduction of the 12-sided pound coins but they have never caused him any problems before.

Speaking today he said: “It normally goes right down and comes out a week later in the toilet but this time it’s got stuck in my gullet. 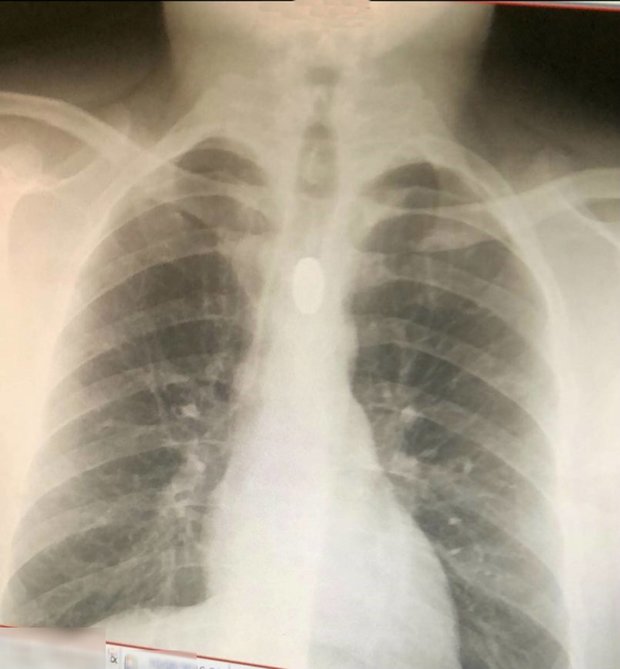 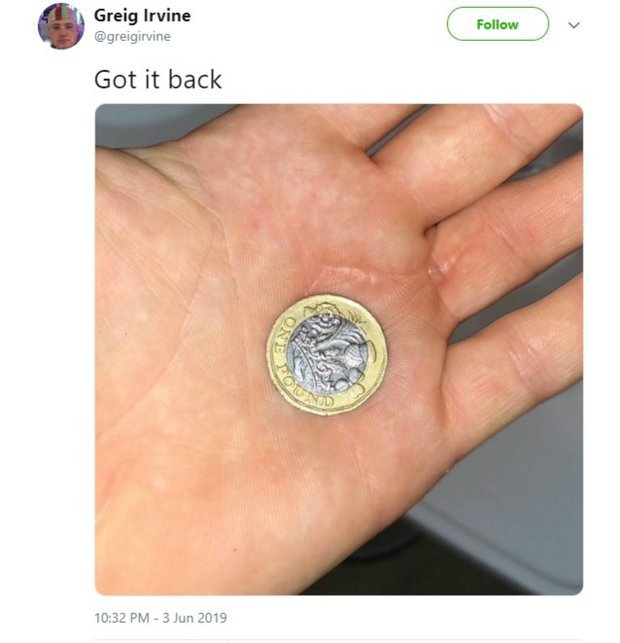 “I tried to eat on Sunday and choked on the food so came to hospital because I was too scared to sleep myself in case I choked in my sleep.”

Greig says he was instructed by the hospital to stop drinking water so they could treat him effectively.

Kourtney Gibson responded: “You need to find a new party trick.”Barry Sullivan commented: “Let us know if there’s any ‘change’.”

And Twitter user Pickles replied: “Hopefully your body will break it down and you’ll s*** out twenty 5p pieces.”

Since revealing it was dislodged, Connor Spalding joked with Greig: “Dare you to swallow it again.”