Rescuers have recovered the bodies of three out of eight people missing after a helicopter carrying tourists crashed into a volcanic crater lake in Russia.

The Mi-8 helicopter had 16 people on board when it plunged into Kurile Lake on the Kamchatka Peninsula while trying to land on the bank in dense fog.

Eight managed to escape the sinking aircraft and were rescued from the water by rangers from the Kronotsky natural reserve, but the rest have been missing since Thursday. 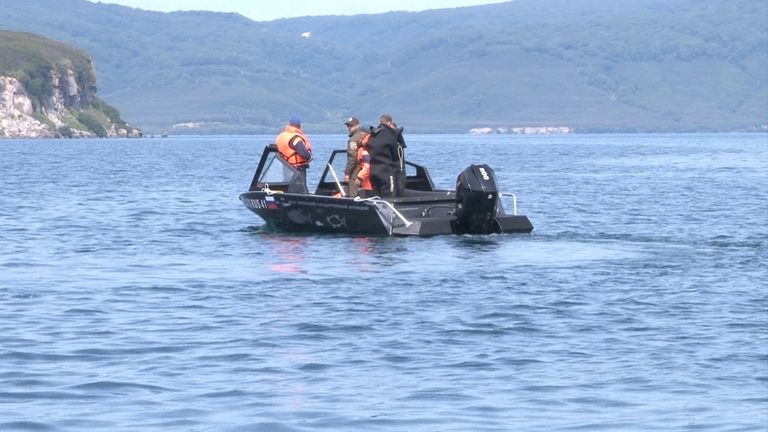 Rescuers said the survivors would not have lived for long as the water temperature was no more than 5-6C.

The passengers were able to escape through luggage doors that opened at the rear of the sinking helicopter.

Russia’s emergency situations ministry said its workers lifted the bodies of three of the victims, including the pilot, from where the crashed helicopter had sunk, 120m (394ft) at the bottom of the lake.

The search team was forced to suspend its work by high winds on Saturday, Kamchatka governor Vladimir Solodov said.

Emergency workers plan to use underwater robots on Sunday to recover the other victims’ bodies.

Two of the eight survivors were badly injured and have been taken to a local hospital’s intensive care unit.

Viyaz-Aero, the local carrier that operated the crashed helicopter, has been banned from transporting passengers pending an investigation into a possible violation of flight safety rules.

The company regularly flies tourists to the Kronotsky reserve, which houses Russia’s only geyser basin.