Horrific moment Russian windsurfer, 18, is killed after colliding with a high-speed ferry packed with tourists

This is the horrific moment a Russian windsurfer was killed after colliding with a high-speed ferry packed with tourists.

Artem Akimov, 18, apparently did not see the boat as he sped across the Gulf of Finland near St Petersburg.

CCTV shows the junior windsurfing champion hitting the vessel carrying tourists between the city and Peterhof to visit the palaces of the Romanov tsars. 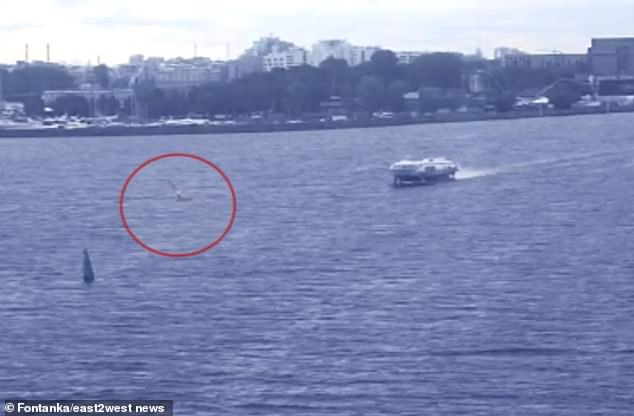 Artem Akimov, 18, heads straight towards the path of a high-speed ferry packed with tourists cross the Gulf of Finland near St Petersburg 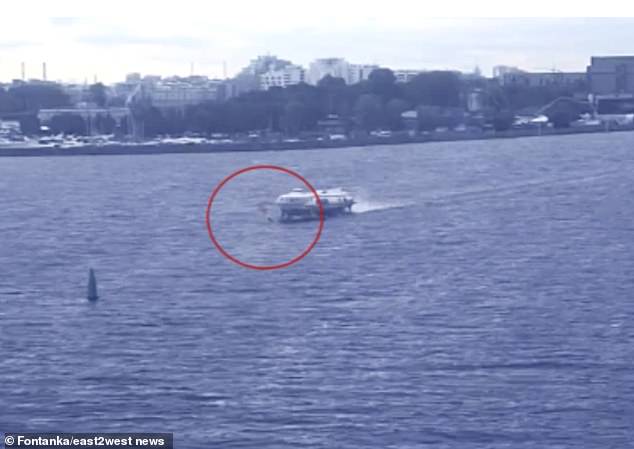 Witnesses say there was a ‘loud crack’ when he was dragged under the high speed Meteor ferry which can travel at up to 40 mph.

His left leg, left arm and right foot were severed in the accident, according to reports.

Akimov was a top junior windsurfer who led of the Russian Youth Team and was a member of his country’s national squad. He had been selected for this year’s world championships. 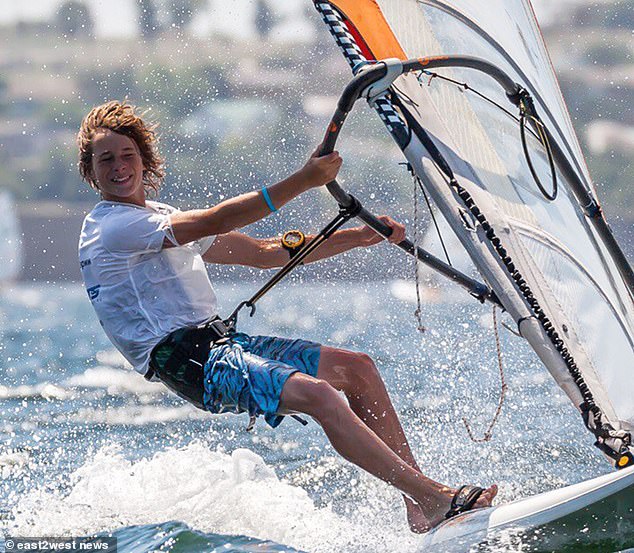 Mr Akimov’s left leg, left arm and right foot were severed in the accident, according to reports

In a recent competition, he had won nine out of 11 races at the prestigious All-Russian ‘Yeisk Cup’.

The young star’s view of the approaching ferry was obscured by his sail, and he made no attempt to turn.

Experts say the captain of the hydrofoil boat either didn’t spot the windsurfer crossing his path or believed he would change course.

Vladimir Loginov, founder of St Petersburg Sailing Club, who knew the windsurfer, said: ‘Artem himself did not see the Meteor. He had a fairly high speed, and the sail obscured his visibility. 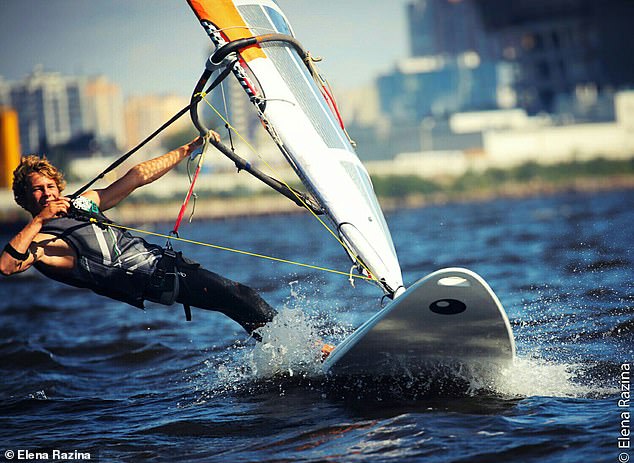 ‘I believe the captain thought until the last moment that the surfer would turn away.’

A eyewitness named Irina said: ‘I thought then – why didn’t the vessel signal to him?

‘They should have seen him? There were no sharp manoeuvres, the surfer was approaching them for quite a long time.

‘He was clearly visible. He collided straight into the ship and was dragged under the ship.’ 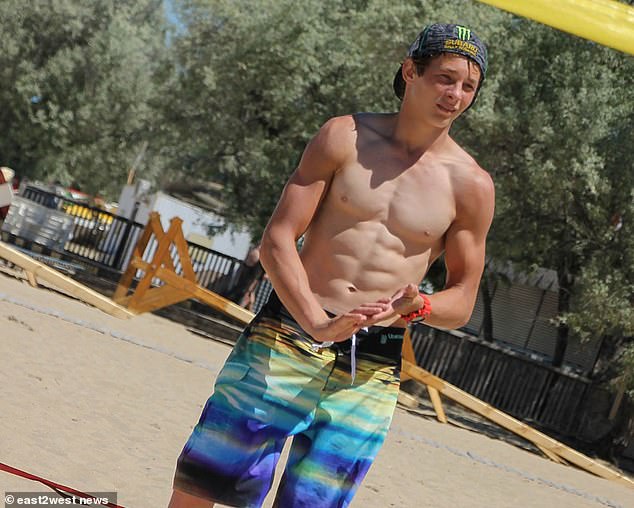 The head of his sports school Natalya Fedorova said: ‘Artem Akimov was an experienced athlete, a member of the Russian national team.

‘He had been selected for the world championships in St Petersburg, and was due to perform in them in August. He had great hopes for the future.

‘Artem was a talented, promising, and very experienced athlete.’

The windsurfer was blamed for the accident by the Russian emergencies’ ministry.

It said he was guilty of ‘a gross violation’ of the Maritime Code by crossing the ferry route. 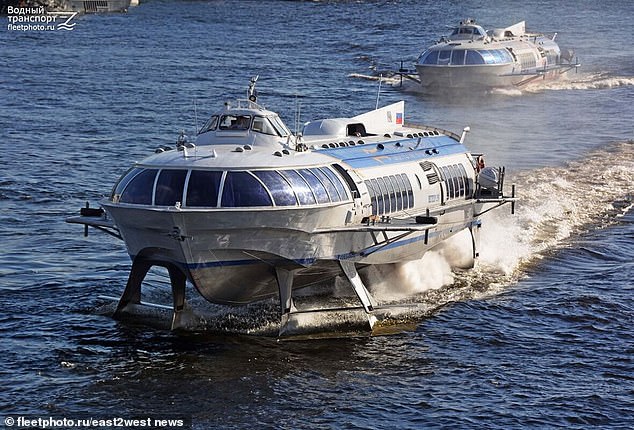 Loginov said he had personally seen Akimov leaving the sports base on Krestovsky Island alone – in ‘violation of the rules’.

He should have been accompanied by a coach in a boat, he made clear.

The hydrofoil is believed to have stopped after the accident and was reported to have had ‘smoke’ appearing from the vessel.

It was unclear how many of the tourists on board were aware of the accident.