SAJID Javid has paved the way to slashing taxes for everyone if he becomes the next Prime Minister – as his leadership rival Andrea Leadsom set out her plan for a "managed" No Deal Brexit.

The Home Secretary said he'd be prepared to slash both the top and bottom rates of tax – helping millions of families keep more of what they earn. 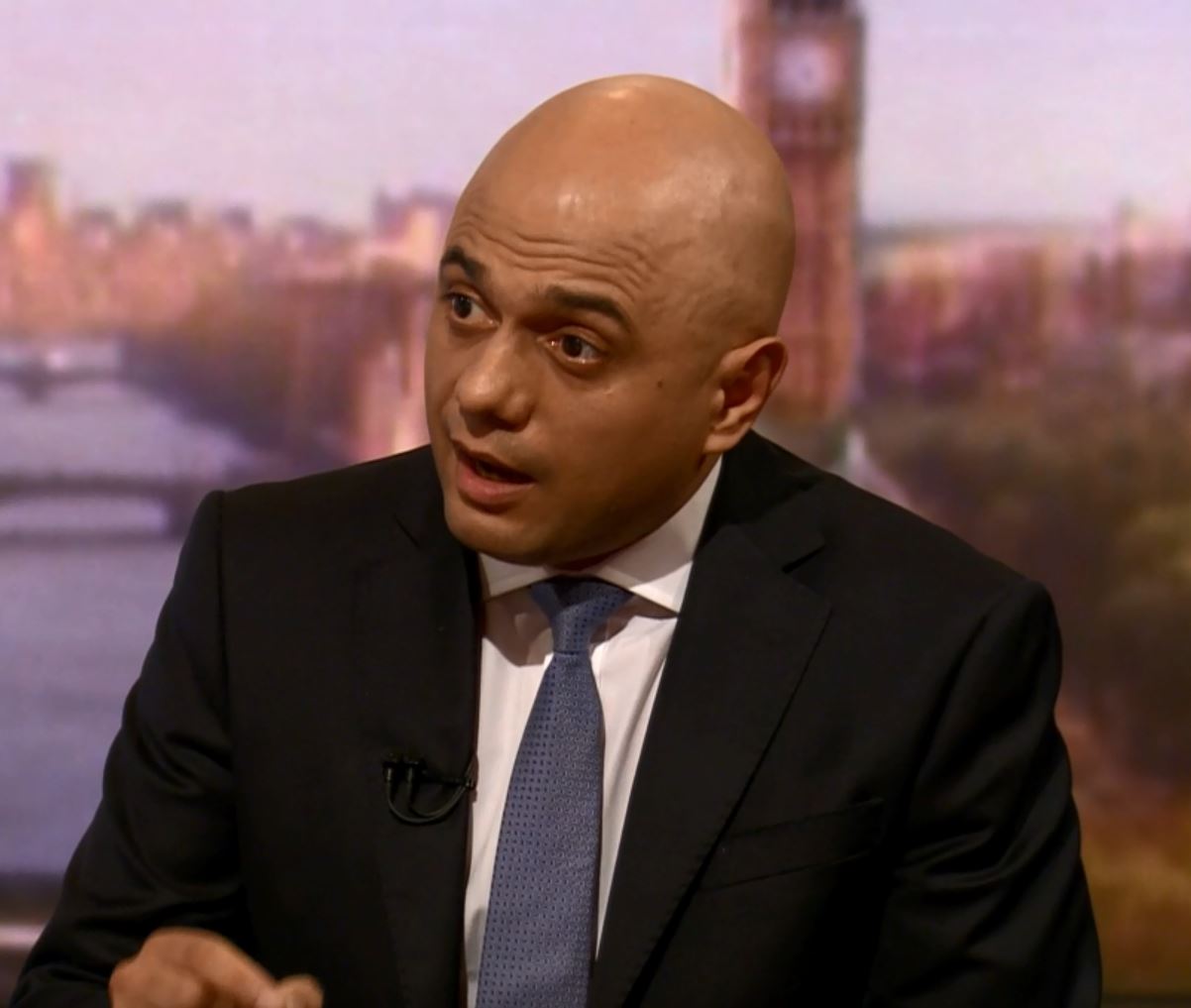 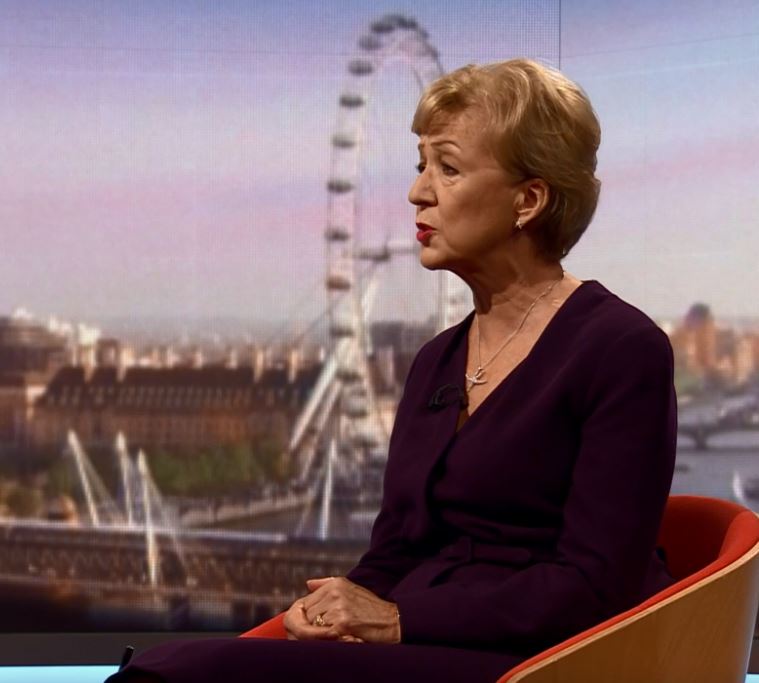 Setting out his stall for the Tory crown this morning, he said he would listen to the evidence before making any firm decisions, but his aim was to cut taxes.

He told the Andrew Marr Show: "My priority will always be to cut the basic rate of tax.

But if cutting top rate means more revenue, like what happened last time it was cut, that means more nurses, police, I would cut it if it gives us brings in more revenue and bigger public services."

It comes after he told the Sunday Telegraph he would be willing to cut the top rate of tax from 45p for the highest earners to inject more "dynamism" into the economy.

But he refused to rule out another Brexit extension – dodging the question several times this morning.

"I would not want an extension, my plan is to leave on October 31.

"I cannot envisage where I would want an extension."

He also said he wanted to renegotiate Brexit with the EU – and would offer to pay Northern Ireland to set up any new digital borders to avoid a hard one.

Meanwhile, his leadership rival Andrea Leadsom promised to leave the EU by October 31 with a "managed" No Deal plan.

After she laid out her stall in the Sun on Sunday today she told the BBC: "It's in all of our interests to move on. The EU have to get on with their project. We all want to see the smoothest exit possible.

"They don't want us hanging around and causing trouble for us."

She insisted there was time to get new laws in on citizens' rights, Gibraltar and the trade of some goods, at the same time as ramping up No Deal preparations on the Northern Irish border.

And she would meet with the leaders of the other 27 countries to get as many side deals done with them, as possible to get a "managed exit".

She said she wouldn't seek another Brexit extension at the end of October if we didn't have a deal by that time.

"I honestly think this plan is workable, leaving at the end of October is completely possible

"A managed exit is sensible." 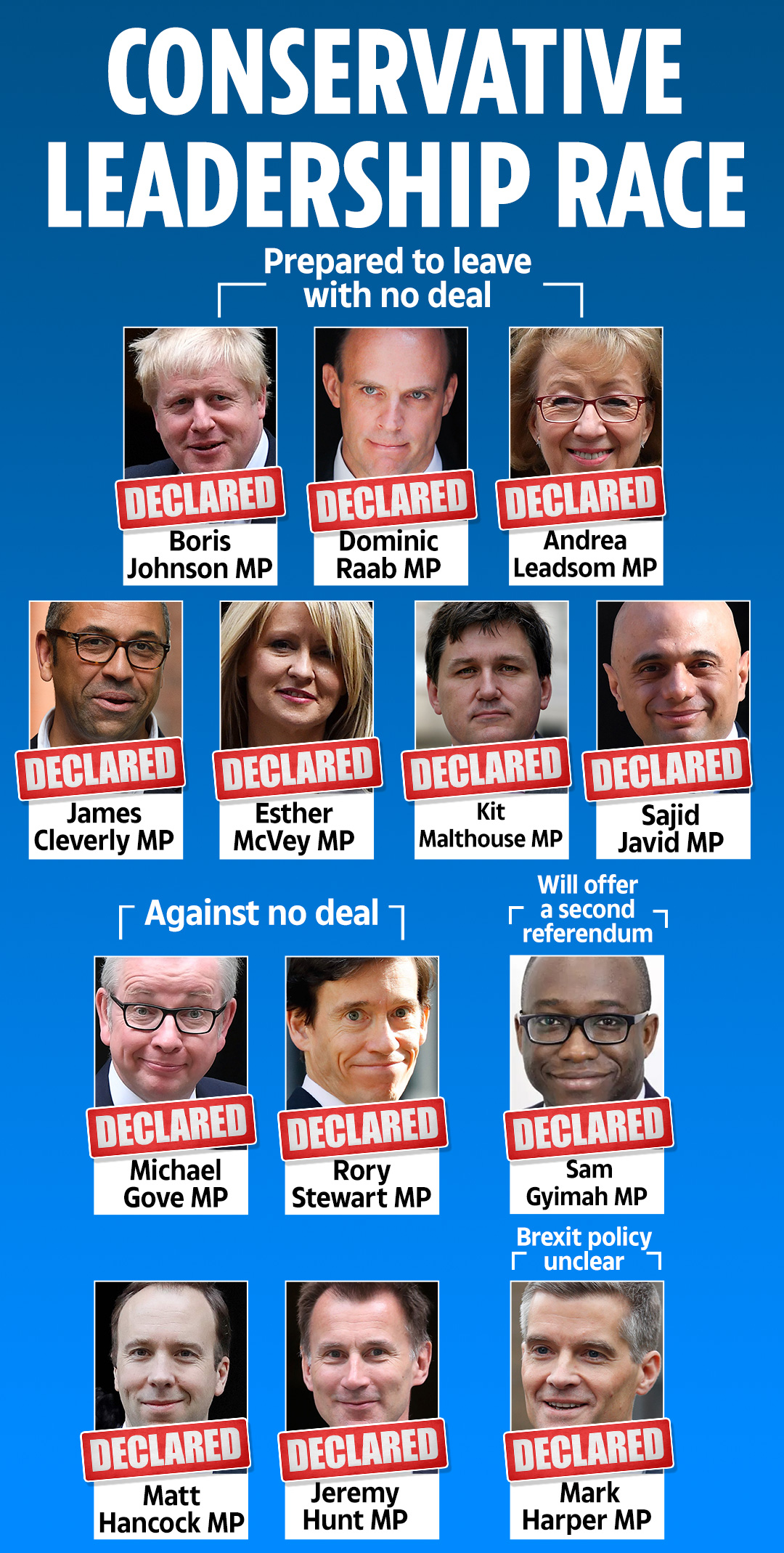 Meanwhile, earlier today Boris got a boost for his leadership campaign with an endorsement from Cabinet minister Liz Truss.

The Chief Secretary to the Treasury said: "We need a leader who can fight Labour's negative and destructive worldview head-on. Boris has proven he's a winner, and now we need someone to win the battle of ideas."

She's working him on a "free market" policy platform to "take us through Brexit and beyond", she added.

"Boris Johnson is the person with the credibility and oomph to lead at this crucial time and bring Britain with us."

But he's not looking on track to secure the support of Amber Rudd at the moment – who is concerned about his plans for a No Deal Brexit.

One source close to Mr Johnson told the Mail on Sunday: "Boris is happy to leave the door open if Amber changes her mind but his terms will not change."

The US President waded into the leadership battle in a Sun world exclusive and said: "I think Boris would do a very good job."

But Micheal Gove, who is racing behind Boris in the battle, has reportedly told other ministers he could delay Brexit for longer to stop a No Deal. 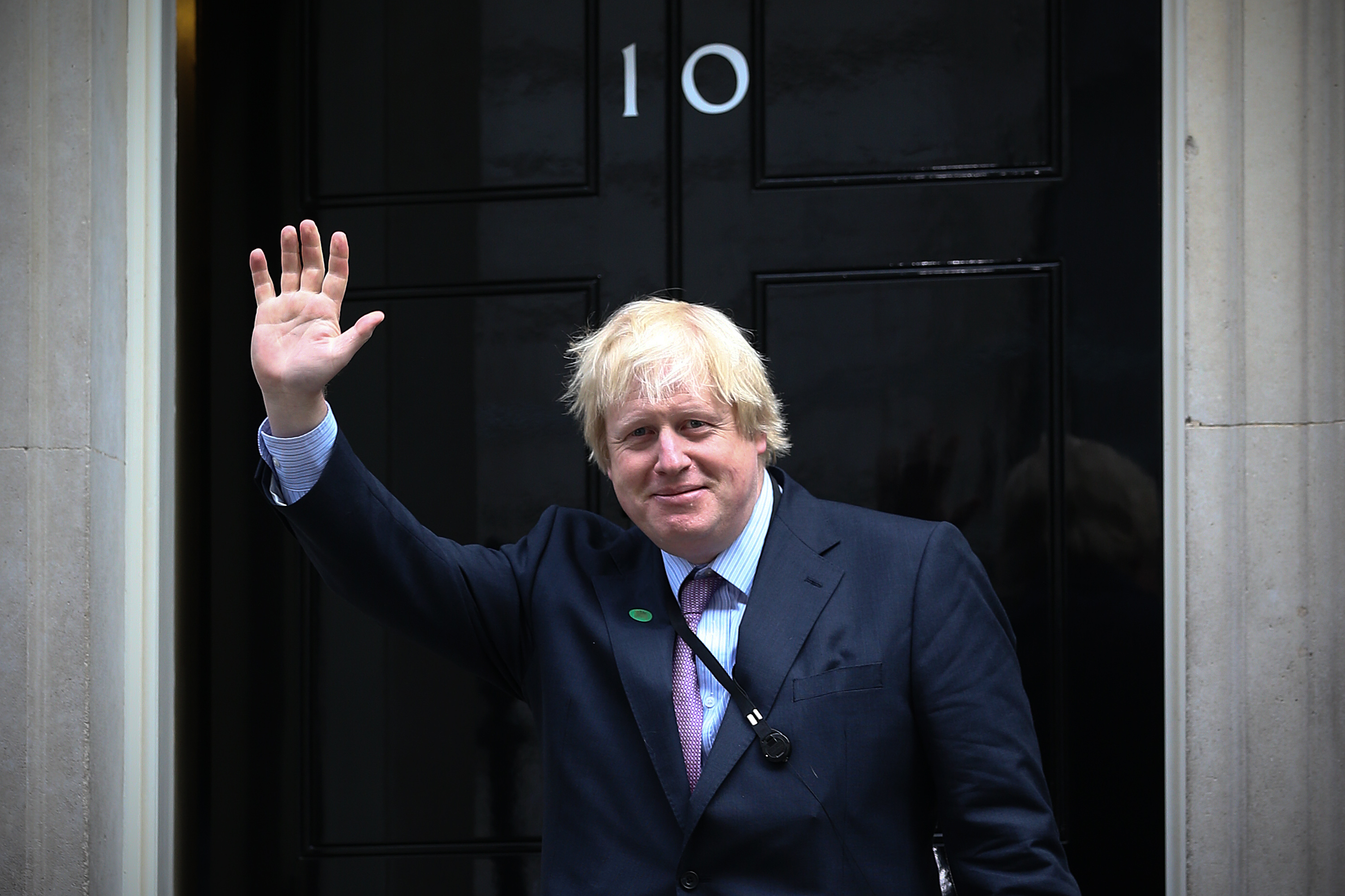 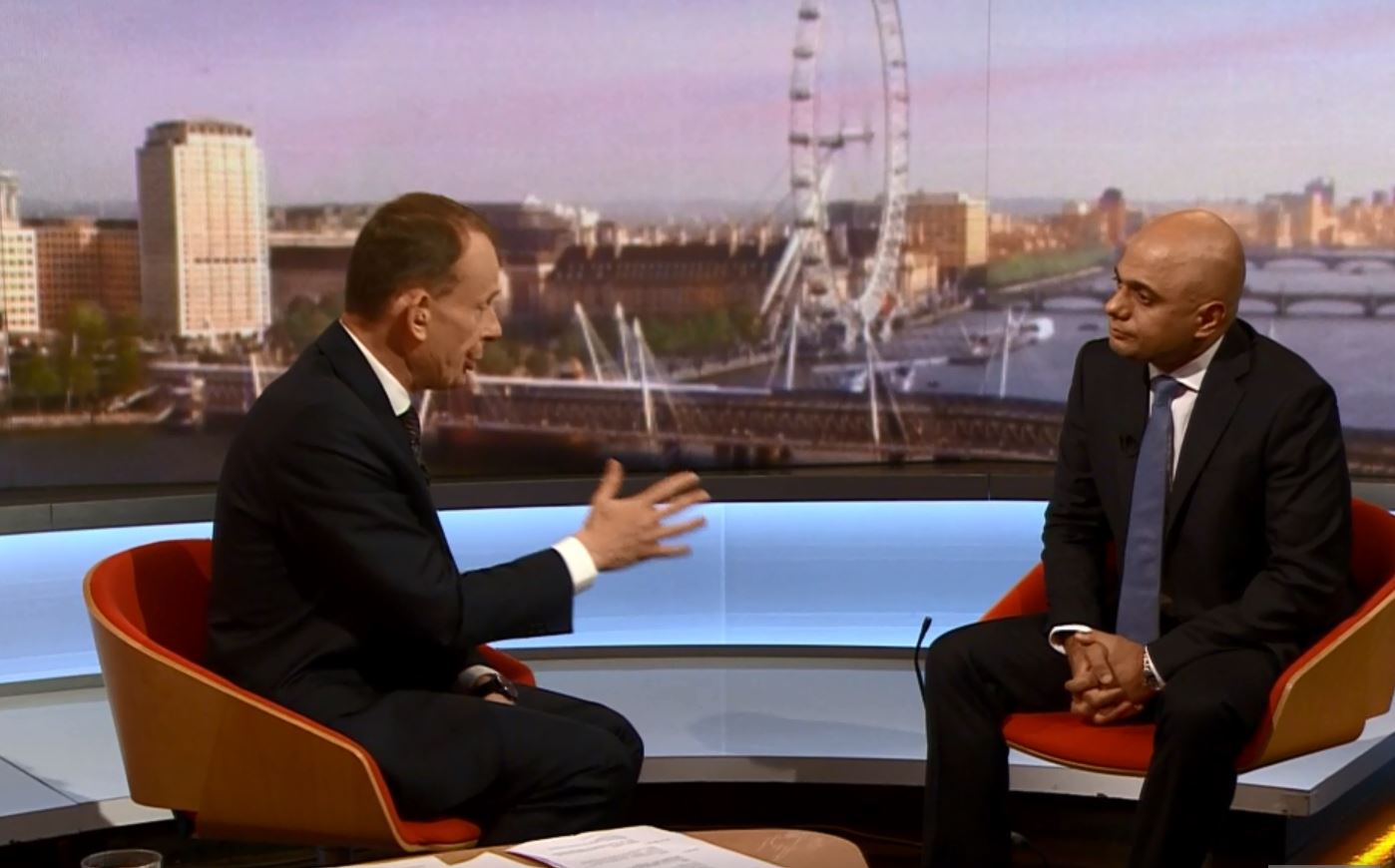 He's said to have told friends that going for a No Deal will lead to an election which Jeremy Corbyn could win and get the keys to Downing Street.

Mr Javid has ruled out holding another referendum, an election, or revoking Article 50 in the latest of his leadership ideas.

And today Matt Hancock delivered a five-point plan to deliver Brexit by the end of October – even though he wouldn't leave without a deal.

He wants to push for a time-limit on the hated backstop, and would push towards a free trade deal with the EU.

In return he would give the EU a say on border controls between Northern Ireland and the republic and would offer them a cash bung too, he revealed in an interview with the Sunday Times.

How does the Tory leadership election work?

The Prime Minister will formally stand down as party leader on June 7 – but will stay in place while the new PM is being chosen.

The leadership contest, overseen by party chairman Brandon Lewis, will take around six weeks and conclude in late July.

Any Tory MP can enter the race, and the list of contenders is then whittled down by the parliamentary party.

MPs vote in multiple rounds, eliminating one candidate each time until just two are left.

With at least ten declared candidates, it could take a couple of weeks to get through the rounds – although contenders who perform poorly early on may drop out.

The party's 160,000 activists then choose between the final shortlist of two, with the winner declared leader and Prime Minister.

When Mrs May became leader, she didn't have to submit to a vote of members because Andrea Leadsom pulled out of the race.

So the last time activists have had a say on the leadership was 2005, when David Cameron defeated David Davis.