Buckingham Palace is set to clamp down on scammers who are using Meghan Markle’s name, face and fake quotes to sell diet pills, it has emerged.

Online adverts use pictures of the Duchess of Sussex to sell ‘Keto Weight Loss’ tablets to gullible readers.

They promote their goods with made-up quotes in which Meghan supposedly praises the products  and talks up a non-existent ‘all-female-owned weight loss line’.

Royal insiders condemned what they called ‘an illegal use of the Duchess’s name’ and promised to clamp down on the scammers, the Sunday Mirror reported. 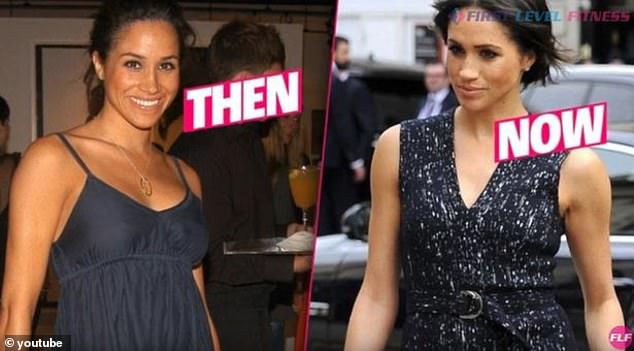 One of the made-up quotes on a site called First Level Fitness reads: ‘I am no different from any other women in the world. Post pregnancy my body had lost its shape.

‘But, with Keto body tone I came back. No women deserve to be out of shape.’

On another website, the fake quotes even have Meghan complaining that the Palace wanted her to stop ‘pursuing my own weight loss line’.

The Duchess purportedly describes the pills as a ‘passion project’.

In fact, she used that phrase about the charity cookbook which she launched last year to support families affected by the Grenfell Tower fire.

Yet another website claims to be quoting from a ‘rare interview’ in which Meghan supposedly discusses her weight and promotes an ‘all-female-owned weight loss line’. 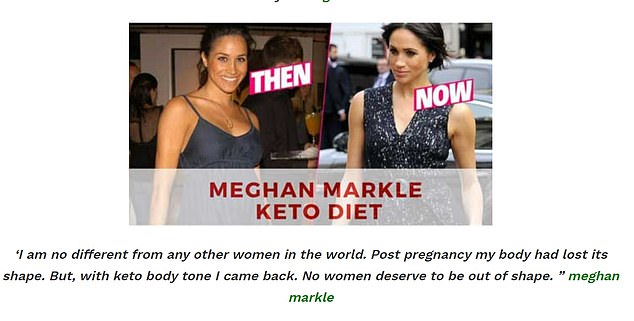 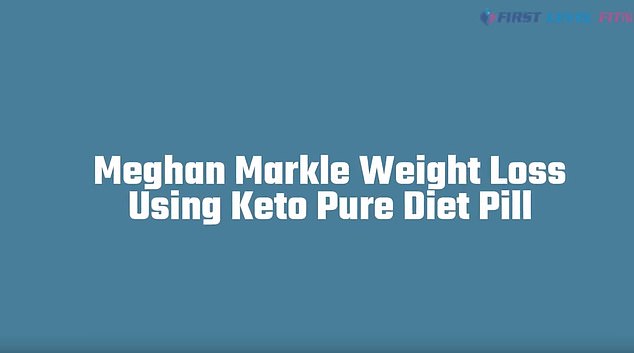 Buckingham Palace is set to clamp down on scammers who are using Meghan Markle’s name, face and fake quotes to sell diet pills

Some of the invented quotes were said to be given to a non-existent publication called Entertainment Today.

‘They know how much I obsess over weight loss and I put my entire heart and soul into this product to make it perfect,’ she is claimed to have said.

Other fake adverts claim Meghan has discussed travelling the world for 10 years to ‘source organic ingredients and weight loss remedies’.

Royal sources said Buckingham Palace would ‘follow our normal course of action’ to tackle the scammers.

In actual fact, the Duchess has not discussed her weight in public since her engagement to Prince Harry. 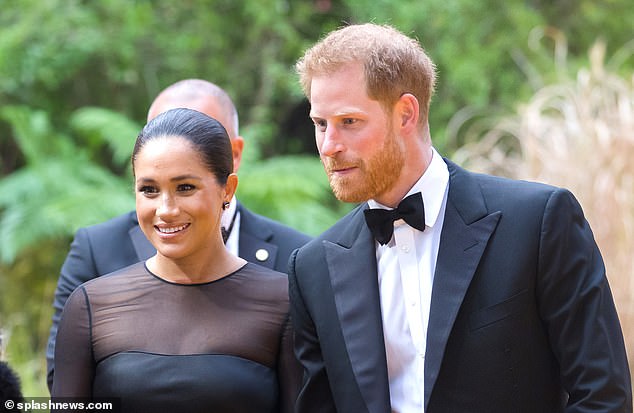 Meghan Markle, pictured with Prince Harry, gave birth to her first child, Archie Harrison Mountbatten-Windsor, on May 6 this year

A keto, or ketogenic diet is a real diet which allows the body to burn fat, according to diabetes experts.

However, there is no evidence that Meghan has ever followed it.

She gave birth to her first child, Archie Harrison Mountbatten-Windsor, on May 6 this year.

It is the second time this year that the Palace has been forced to tackle online trolls targeting the Duchess.

Guidelines issued by Buckingham Palace, Clarence House and Kensington Palace in March will see ‘obscene, offensive or threatening’ comments removed in order to create a ‘safe environment’ for genuine fans.

They ordered followers of the Windsors’ accounts to not ‘promote discrimination based on race, sex, religion, nationality, disability, sexual orientation or age.’

Royal aides warned that abusive comments – such as those targeting Kate Middleton and Meghan Markle – could be reported to the police.