Schoolgirl, 12, ‘who had a smile that lit up every room she entered’ died from Covid-19 just six days after developing a ‘minor cough’, inquest hears

A 12-year-old girl who ‘was a friend to everyone’ and ‘had a smile that lit up every room she entered’ died just days after developing complications linked to Covid-19, an inquest has heard.

Fabiana Zoppelli, who had the rare genetic disorder floating-harbor syndrome, contracted a ‘minor cough’ on June 1 before falling gravely ill with the virus last year.

The schoolgirl’s mother, Itohan Ehiggie, called doctors on June 3 after Fabiana developed a rash and started vomiting and she was taken to the A&E department at the Royal Oldham Hospital.

After Fabiana, who was described as a ‘generally healthy’ child, tested positive for Covid on June 5, a decision was made to transfer the schoolgirl to Manchester Children’s Hospital.

However as her temperature reading and oxygen became increasingly ‘harder to maintain’ medics there agreed the schoolgirl should be referred to Alder Hey Children’s Hospital in Liverpool.

As she was leaving the hospital on a mobile ventilator on June 7, Fabiana went into cardiac arrest and tragically died.

A two-day inquest into Fabiana’s death started at Rochdale Coroner’s Court on October 11. 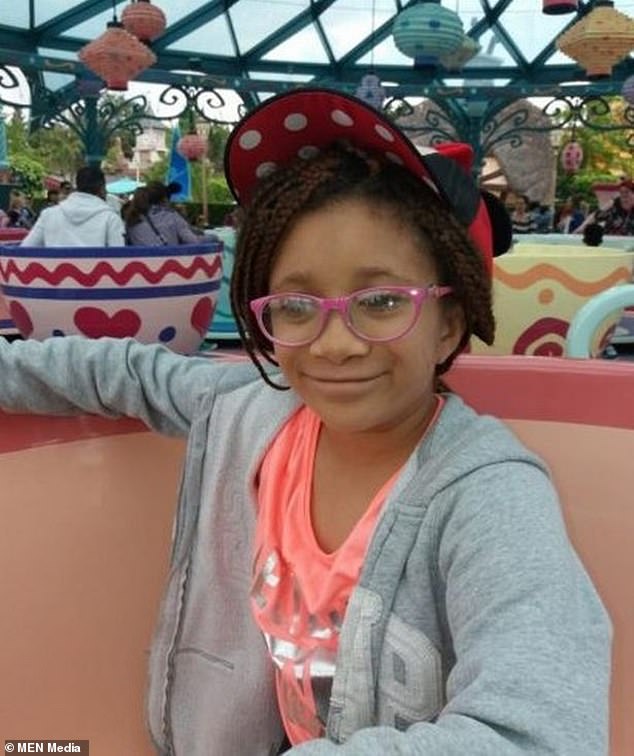 It heard how on Fabiana took a PCR test and was placed on an oxygen machine on arrival at hospital on June 3.

As her condition deteriorated, she was then put on a ventilator.

However, it became clear the equipment was not working and a decision was made to transfer Fabiana to Manchester Children’s Hospital following her positive result.

She was ventilated again on her arrival at the Paediatric Intensive Care unit on June 6.

Doctors said her temperature was reading 40C and her oxygen became increasingly ‘harder to maintain’.

A nurse also noted how she looked ‘pale and tired’ through the glass window to her bed.

By 6am, Fabiana was breathing at an increased rate – up to 90 times per minute.

Medics agreed the schoolgirl should be referred to Alder Hey Children’s Hospital in Liverpool to be placed on a xtracorporeal membrane oxygenation (ECMO) machine.

The treatment would help with cardiac and respiratory support.

But while she was leaving hospital on a mobile ventilator on June 7, she went into cardiac arrest and died.

One doctor described her case as the worst he had seen in a child throughout the entire pandemic.

Speaking at the inquest, her mother, Mrs Ehiggie, said Fabiana enjoyed music, food and helping others.

She told the court her daughter would ‘always offer a helping hand’ to those in need, particularly younger children. 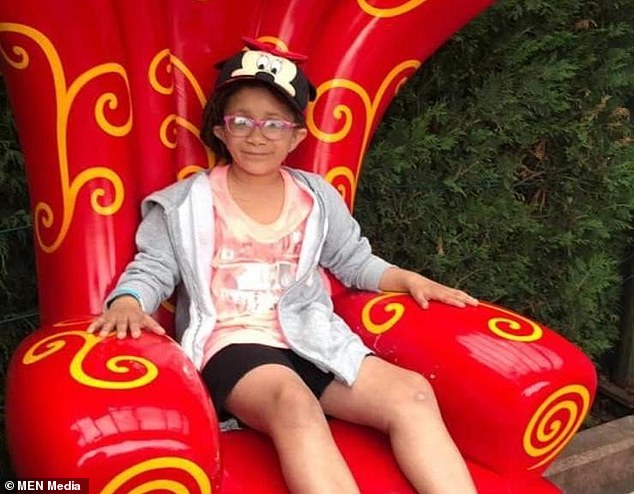 Fabiana’s mother said her daughter enjoyed music, food and helping other and would ‘always offer a helping hand’ to those in need

Fabiana moved to the UK with her family from Italy in March 2015.

The court heard how she had an extremely rare condition called floating-harbor syndrome, meaning she had a short stature, grew at a slower rate and had delayed speech development.

When her school closed at the start of the pandemic, Fabiana stayed inside, regularly watching TikTok videos on her phone.

Mrs Ehiggie told the court no one else in her family had fallen ill with coronavirus or previously displayed any symptoms.

The inquest heard how there was a delay in the Royal Oldham Hospital receiving Fabiana’s PCR test result.

The positive result was not sent until 9.30pm on June 5, two days after she had a swab taken.

Fabiana’s mother was not made aware of this result until 12 hours later.

However, the court heard how the delay in receiving the result would not have impacted Fabiana’s treatment.

Speaking during the inquest, Mrs Ehiggie asked why her daughter could not have been transferred to Alder Hey Children’s Hospital sooner.

Doctors said this was due to Fabiana being in an extremely unstable condition at the time.

Giving evidence, paediatric consultant Prakash Kamath, of Pennine Acute Hospitals NHS Trust, said: ‘It was a very new illness and the belief at the time was that children did not suffer complications from Covid.

‘At the time, Covid was very less understood, not just for adults, even more for children.

‘We have never seen children suffering from Covid complications like Fabiana did.

‘We believed she would turn a corner and get better.

‘I have never seen any child transferred for intensive care in the last 18 months. This is a very unusual case in a child.

‘We can only assume she contracted Covid somewhere in the community.’

Summing up the inquest, assistant coroner Nicholas Flanagan ruled that Fabiana died as a result of natural causes.

Mr Flagan ruled that floating-harbor syndrome may have contributed to her death but it did not lead to it.

He said: ‘Fabiana was very, very unwell and was exceptionally unlucky to have the lung difficulties she developed at the same time of the paediatric multisystem inflammatory syndrome.

‘She was generally a healthy child before she developed a cough, despite no known Covid contact.

‘Every effort was made to make sure Fabiana survived.’

The teachers at Corpus Christi described Fabiana as ‘amazing and popular’ and said she made huge progress during her four years at the school.

They said one particular highlight of her time at the school was a trip to Paris.

A statement on the Corpus Christi website said: ‘She was an amazing girl.

‘Fabiana enriched both our school and the whole community with her great enthusiasm and love for life. She was a friend to everyone and tried her best in everything she did.

‘Fabiana tried her hand at everything. She trained with the school football team, read with confidence in assembly, visited Paris with her friends, created amazing artwork and had a smile that lit up every room she entered.

‘Please remember Fabiana and her family at this difficult time. Let us be thankful that we spent time with her and pray that her family feel supported at this time.

‘The staff in school are devastated and have proved their high levels of care and compassion through their actions and words.

‘Flowers have already been sent to Fabiana’s family on behalf of the whole community and we have contacted her parents to offer our support and condolences throughout the week.’