BEIJING (Reuters) – Tourists thronged Beijing’s Tiananmen Square on Tuesday amid tighter-than-usual security, although most visitors approached by Reuters said they were unaware of the bloody crackdown on student-led protests 30 years ago or would not discuss it.

The anniversary of the Tiananmen crackdown, when Beijing sent troops and tanks to quell pro-democracy activists, is not spoken of openly in China and will not be formally marked by the government, which has ramped up censorship.

A 67-year-old man surnamed Li, sitting on a bench about a 10-minute walk from the square on Tuesday, said he remembered the events of June 4, 1989, and its aftermath clearly.

“I was on my way back home from work. Changan Avenue was strewn with burned-out vehicles. The People’s Liberation Army killed many people. It was a bloodbath,” he said.

Asked if he thought the government should give a full account of the violence, he said: “What’s the point? These students died for nothing.”

Among the students’ demands in 1989 were a free press and freedom of speech, disclosure of leaders’ assets and freedom to demonstrate. However, exiled former protest leaders say those goals are further away in China than ever before because the government has in the past decade suppressed a civil society nurtured by years of economic development.

Tiananmen also remains a point of contention between China and many Western countries, which have implored Chinese leaders to account for giving the People’s Liberation Army the order to open fire on their own people.

China’s Foreign Ministry angrily denounced criticism by U.S. Secretary of State Mike Pompeo, who called for China to release all political prisoners and offered his salute to “the heroes of the Chinese people who bravely stood up 30 years ago in Tiananmen Square to demand their rights”.

Some people in the United States were so accustomed to wagging their tongues on the pretext of democracy and human rights and interfering in other countries’ internal affairs, that they turned a blind eye to their own problems, he added.

“The Chinese people have seen their hypocrisy and evil motives,” Geng said. “These lunatic ravings and babblings are destined for the garbage heap of history.”

China has never released a final death toll from the events on and around June 4. Estimates from human rights groups and witnesses range from several hundred to thousands. 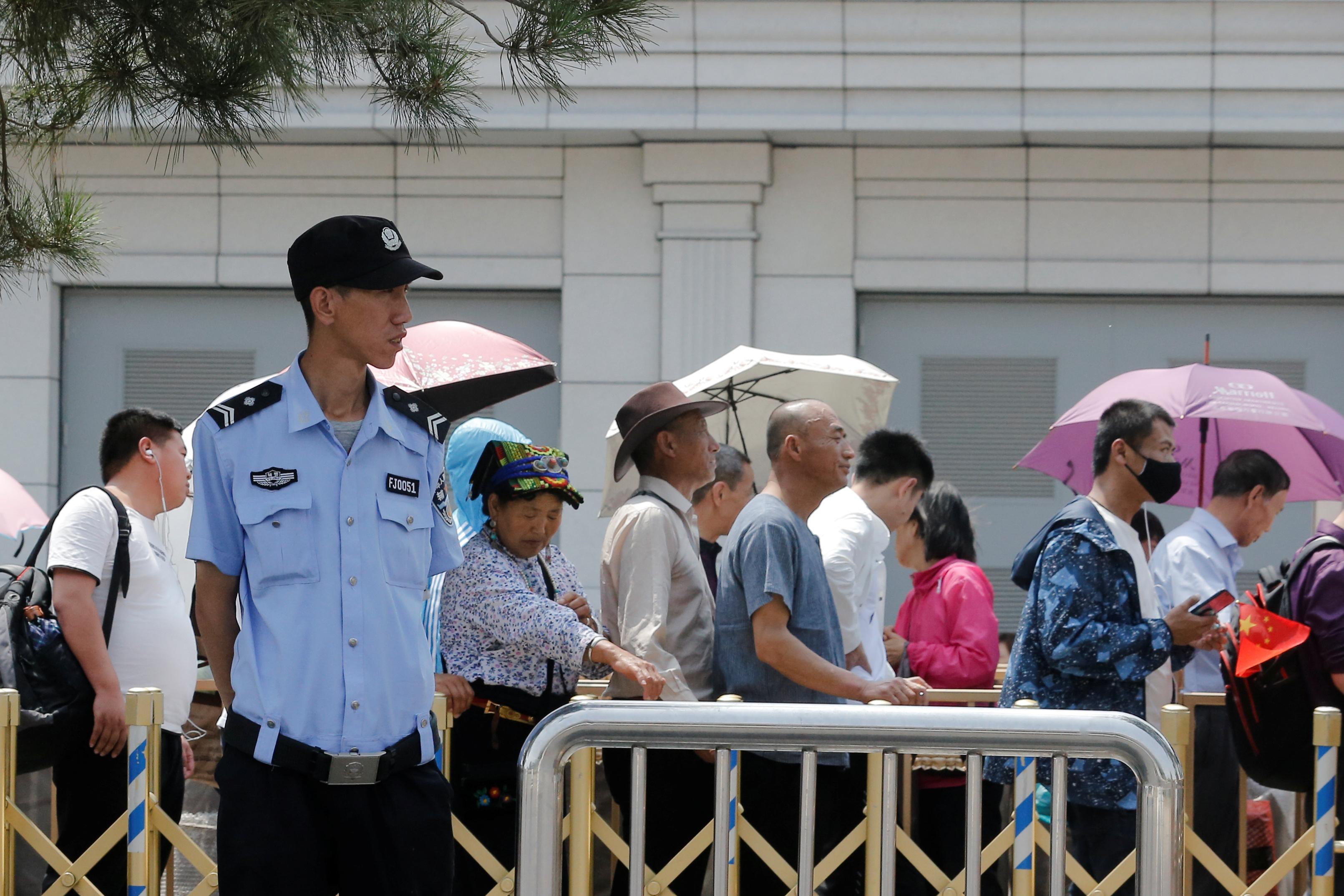 Security was heavy on and around the square itself, with no signs of any protests or memorials.

Hundreds of uniformed and plainclothes police monitored the square and its surroundings, conducting spot ID checks and inspecting car trunks. Thousands of visitors lined up at security checkpoints to enter the square, many carrying tour group flags.

A male tourist in his 30s near the square, who gave his family name as Zhang, said he had no idea about the anniversary.

An older woman applying grout to a building close to the square’s southern entrance said: “That’s today? I’d forgotten.” She quickly waved away a Reuters reporter when security guards approached. Her colleague, a younger man, said he had never heard of the events in the spring and summer of 1989.

Rights groups said authorities had rounded up dissidents in the run-up to the anniversary. Amnesty International said police had detained, put under house arrest, or threatened dozens of activists in recent weeks. 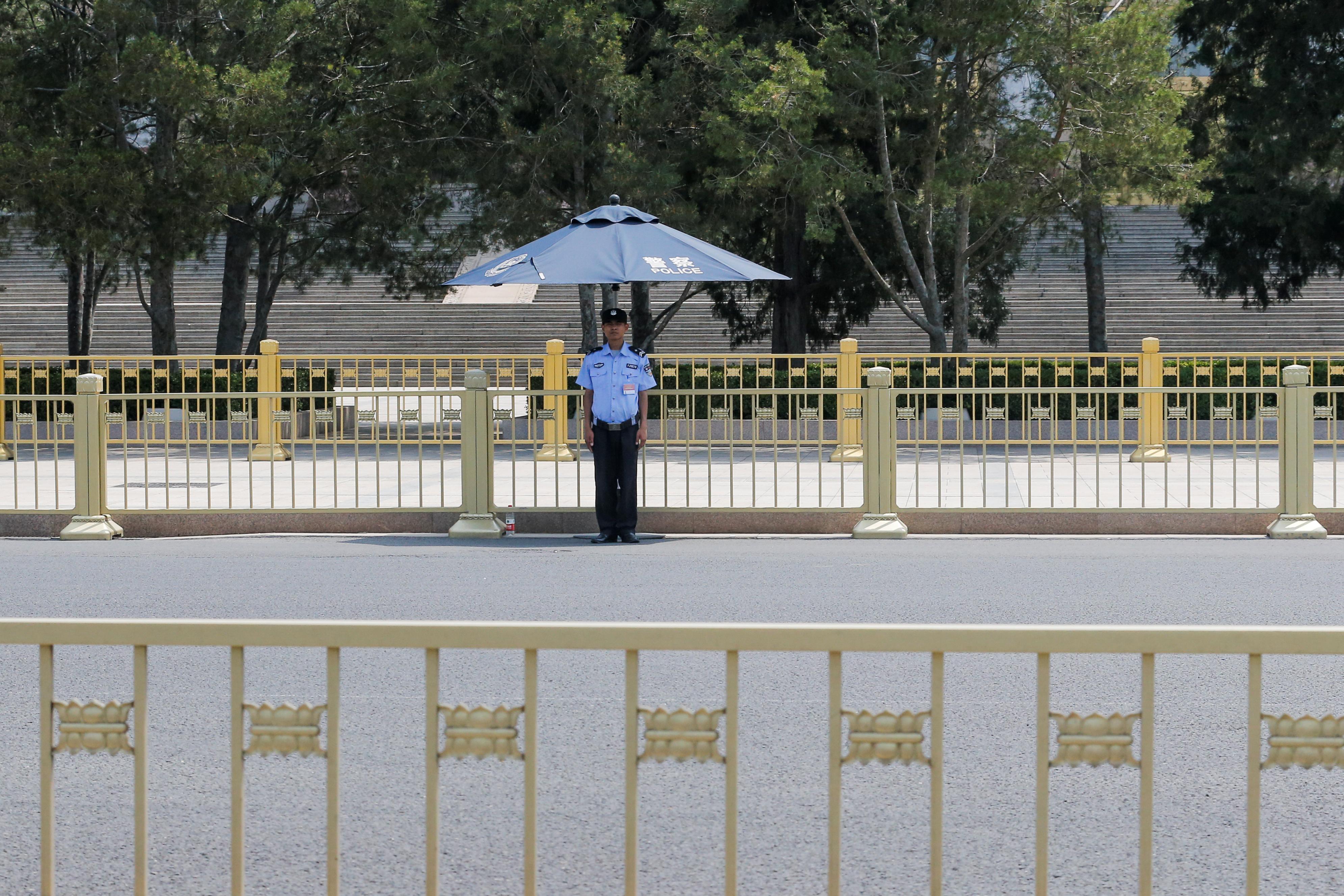 While no public events to mark the anniversary will be tolerated in mainland China, a large memorial is expected in Hong Kong, a former British colony that returned to Chinese rule in 1997, later on Tuesday. There will also be events in self-ruled and democratic Taiwan, which China claims as its own.

“Some accounts are totally taken down, but mostly the content is just removed,” said the censor. “People like to play games and see what is possible to post.”

Financial information provider Refinitiv, under pressure from China’s government, has removed from its Eikon terminal Reuters news stories related to the anniversary.