At least seven schools in England have sent pupils home to self-isolate due to students catching coronavirus within days of the start of term.

Primary and secondary schools in Greater Manchester, Yorkshire, Leicestershire, Lancashire and Buckinghamshire have all been stricken by the virus – seven sending pupils home and another delaying the start of term.

Notable among them is Sir William Borlase’s Grammar School in Marlow, Bucks, which delayed yesterday’s start of term after 20 pupils tested positive for Covid-19 after returning from a party holiday to the Greek island of Zante.

One of the grammar school’s pupils caused outrage last night after a TikTok video emerged of him joking about the group’s lack of social distancing and mask wearing on the trip. 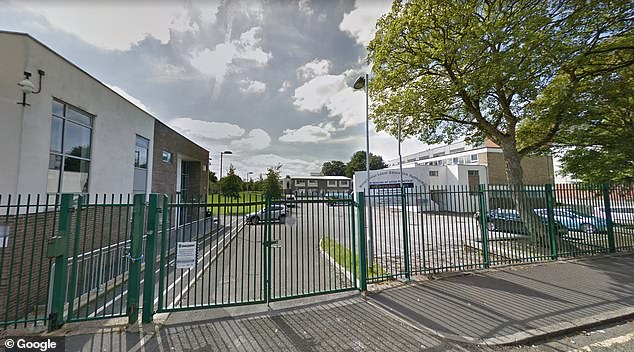 The King David High School in Crumspall, Greater Manchester (pictured), which has spent £21,000 on implementing the requisite provisions and technology to allow for social distancing and self-isolating 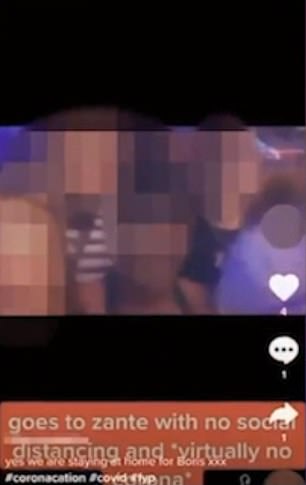 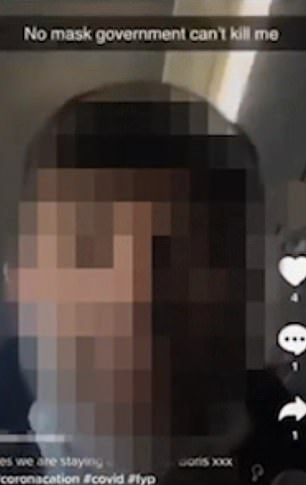 Today it emerged that another seven schools – which unlike Sir William Borlase’s had already started term – have asked pupils to go home, some after just hours back in the classroom.

What happens if there is an outbreak at my child’s school?

A coronavirus outbreak at a school is defined as two or more confirmed cases within 14 days – or if there is a spike in the numbers off school with symptoms.

The school must work with local health officials as a result.

If the outbreak is confirmed an NHS mobile testing unit could be dispatched.

Testing will start with the infected pupil’s class and the entire school may be swabbed if necessary.

In some instances, a large group such as an entire class or set will be asked to self-isolate.

The Government says that closing schools will ‘not generally be necessary.’

If a pupil is self-isolating, schools are supposed to have made provisions so that they can learn at home.

Thousands of pupils in England and Wales have begun returning to classrooms this week, with the remainder due to open their doors next week.

Among them, the King David High School in Crumspall, Greater Manchester, which has spent £21,000 on implementing the requisite provisions and technology to allow for social distancing and self-isolating.

But one of the older pupils began feeling unwell and developed a temperature that very evening and he tested positive on Sunday.

Three pupils who were within two metres of the child are now having to self-isolate for 14 days.

Dixons Trinity Academy, a middle school, and Dixons King’s Academy, the secondary school, in Bradford have asked some pupils and staff to self-isolate, The Daily Mirror reported.

It comes after two members of staff and one pupil tested positive for the virus since the academies restarted last Tuesday.

The Ridgeway Primary Academy in Market Harborough, Leicestershire, went back last Friday but it was discovered over the weekend that one pupil aged between five and seven had tested positive for the virus.

An unnamed school in Whitworth, Lancashire, was also said to have sent pupils back home to self-isolate on Thursday.

Councillor Alyson Barnes told the local paper: ‘Parents of all local children concerned have been notified and will be self-isolating and seeking a test.’

A second school in Buckinghamshire, the Chesham Grammar School, which only went back to class today has also sent some of its pupils home to self-isolate.

It is not clear whether this outbreak is related to Sir William Borlase’s Grammar School in Buckinghamshire, from which the Zante group were returning to.

It comes as England’s top children’s doctor warned today that hugging and kissing grandchildren who have come back from school mat not be ‘the most sensible thing to do.’

Professor Russell Viner, president of the Royal College of Paediatrics and Child Health and a member of Sage, has urged caution against the scale of physical contact between older adults and children who are back at school.

Addressing a Royal Society of Medicine webinar, Professor Viner said: ‘I think if there are highly vulnerable clinically shielding grandparents and others, that actually full-on hugging and kissing your grandchildren after they come back from school may not be the most sensible way to behave.

‘We don’t believe in cutting off all physical contact between children and grandparents, but actually a lot of kissing and that kind of thing might not be the most sensible thing to do.’ 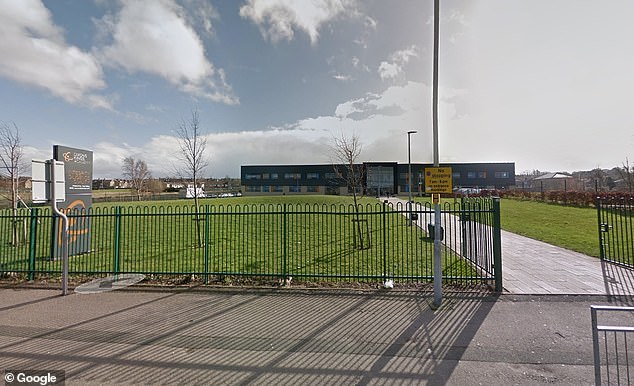 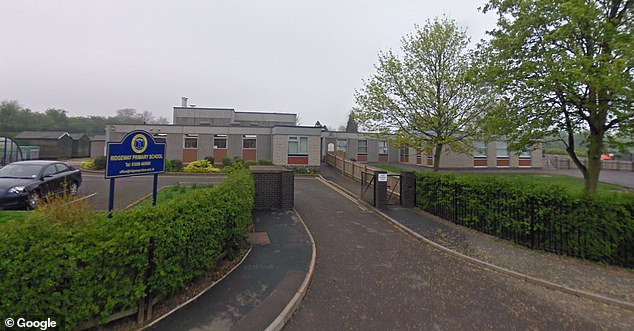 Ridgeway Primary Academy in Market Harborough, Leicestershire, went back last Friday but it was discovered over the weekend that one pupil aged between five and seven had tested positive for the virus. 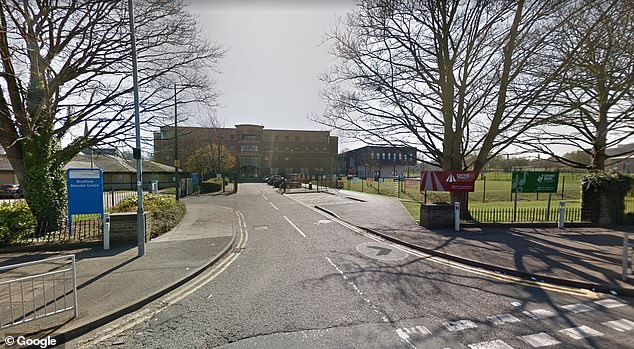 He added: ‘Keeping children seeing grandparents is important, making sure they wash their hands etc when they come out of school. Being sensible, being relatively secure, I think is the way forward.’

When asked about the risks of children returning from school and then seeing their grandparents, Professor Viner said: ‘I very much understand the anxiety and particularly from families where grandparents or parents are clinically vulnerable and they have been shielding.

‘This is also a particular issue I know for lots of multi-generational families from the BAME heritage.’

Professor Viner added: ‘Clearly children can be asymptomatic, children can be infectious, clearly they can carry risk for adults, there is no pretence that they do not. The truth is that appears to be one of the least common ways that adults get infected.’

Speaking at the same event, Amanda Spielman, chief inspector of Ofsted, called on schools to prioritise exercise for children as it can boost young people’s mental health.

She said: ‘People seem to be paying far more attention to mental health than to physical which I find quite odd, given the importance of physical activity for children’s well-being.

‘I’d like to do what I can from where I sit to keep reminding people that the physical is important.’

She added: ‘I am hoping that lots of schools will feel positively enthusiastic about getting children outside to exercise as much as possible.’

Education Secretary Gavin Williamson said: ‘It is so encouraging to see schools opening their gates for the new term and I’m delighted that children are being reunited with their classmates and teachers.’

He added: ‘More schools will continue to open to all pupils next week, following teacher training days and inductions for new year groups.

‘It’s vital that time is taken to fully settle into new routines and I am confident we have the right contingency plans to deal with any challenges.’