A SEX predator kidnapped a woman off the street and took her on a terrifying drive before raping her.

Farhan Akoo, 30, has been jailed for over six years, for the kidnap and rape of a woman in London. 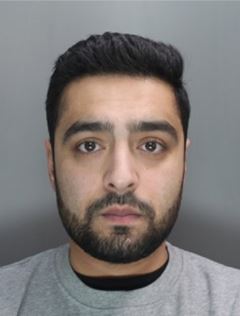 The horrifying attack took place in the early hours of November 25 in 2018, when Akoo forced his victim into his car and drove away at speed.

He then repeatedly assaulted the woman as he toured the streets of London before pulling up in a dimly lit street and raping her.

He was convicted of rape, kidnap with intent to commit sexual offences and three counts of sexual assault by penetration after a trial at Inner London Crown Court.

Akoo, of Ilford, was jailed for a total of 81 months.

Detective Inspector Anna Rice, from the City of London Police's Public Protection Unit, said: "I'd like to commend the young victim who bravely came forward and reported these appalling crimes.

"Akoo is an opportunistic predator who took advantage of a vulnerable woman.

"Akoo led the woman away from her friends and then took away her phone, meaning that she had no way of contacting someone for help.

"The victim has shown incredible bravery and co-operation throughout what must have been a very difficult investigation.

"I hope these sentences provide some form of closure and comfort knowing Akoo will be behind bars and be on the sex offenders register indefinitely."