Terrifying moment punter, 42, who was denied entry to club returns carrying a kitchen knife and charges at doorman yelling ‘you’re going to get it’

This is the shocking moment a clubber who was denied entry returned carrying a kitchen knife and charged at the doorman shouting ‘you’re going to get it’.

Arvin Ramchurn, 42, chased doorman Colin Edwards through the foyer and into One O Four in Southampton, where revellers fled in terror.

The footage was released after Ramchurn was given a suspended sentence, prompting him to grim as he walked from the court. 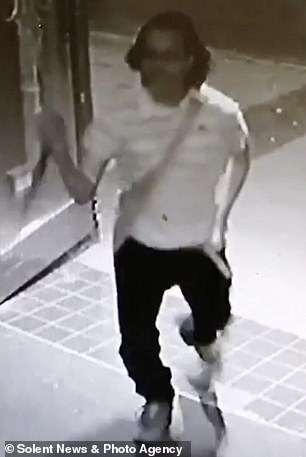 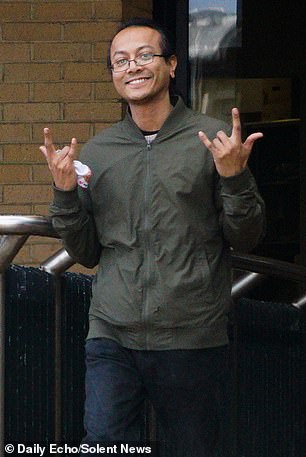 Arvin Ramchurn, 42, entering the club with a knife, (left) and on the right smiling as he walked free from court

Ramchurn, of Southampton, reappeared half an hour later and pulled the large knife from a bag he had.

He was arrested nearby and when officers checked his bag they found a meat cleaver and another black-handled knife.

When questioned, he claimed he had been given the blades by ‘some sort of stranger’ and had been on his way to get a pizza.

In a victim impact statement read out in court, Mr Edwards said: ‘I feel shaken by what has happened.

‘I did not do anything to provoke him or deserve to be treated this way for simply doing my job.’ 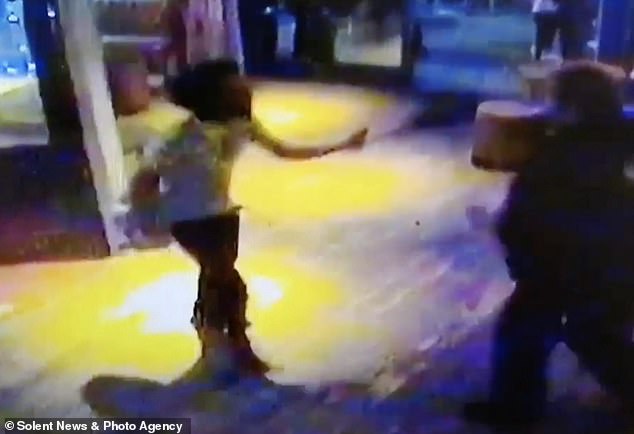 Miss Recorder Alexia Power cited Ramchurn’s mental health issues and the prospect of rehabilitation as she jailed him for two years, suspended for 18-months.

He was ordered to pay Mr Edwards £250 in compensation and must complete 15 days of rehabilitation, six-months of alcohol treatment and 40 hours of unpaid work.

Speaking after the case, father of four Mr Edwards said he wanted to see harsher punishments for people who assault security staff, adding: ‘I feel let down by the system.

‘Assaults against door staff are increasing and very rarely get to court.’ 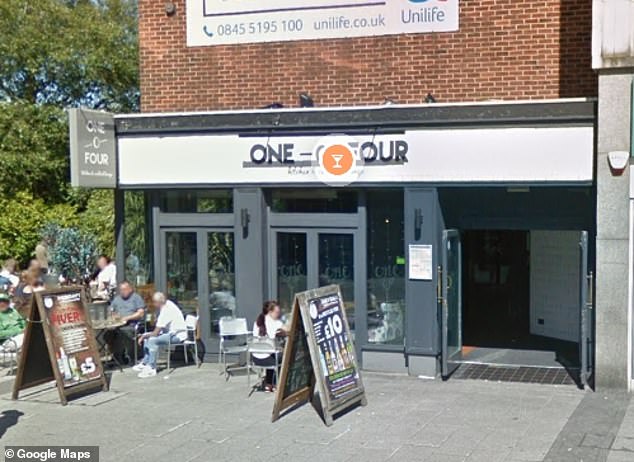 Speaking after the case, father of four Mr Edwards said he wanted to see harsher punishments for people who assault security staff, adding: ‘I feel let down by the system.’ Pictured is the bar where the incident took place