A large wave swept people off a sidewalk that leads to the South Pointe Park pier in Miami Beach on Friday morning, resulting in six being sent to a hospital with “minor injuries,” city officials said.

City spokesperson Melissa Berthier said the incident took place around 10:45 a.m. and that the area has been closed until further notice. Four women and two men were injured. No lifeguards were injured, Berthier said.

A high surf advisory was in effect until 8 p.m., and Miami Beach was running double-red flags citywide, meaning the ocean is closed to the public.

While South Florida was spared the major impacts of Hurricane Ian, king tides, which push sea levels a foot or two higher than normal during new and full moons, were expected from Tuesday through Friday.

Details of the incident were first reported by WSVN Channel 7.

Footage of the swell captured by live South Beach cameras around 9 a.m. shows the water pushing into the beach, as powerful white-water waves roared in the background. The tide washed all around beach lounge chairs that had just been laid out by nearby hotel employees by the lifeguard tower on First Street.

A few dozen onlookers stood by the coastline documenting the unusual sight, only to get drenched by waves. Some surfers braved the ocean.

On Friday afternoon, Miami Beach police and fire rescue officials continued to block off the entrance to the pier and some of the nearby beach.

Lifeguards stood watch over the area and blew their whistles at a handful of surfers who chose to brave the waves, which were still fierce during the afternoon’s lower tides.

Most others heeded the orders to stay out of the water.

“I know better,” said David Smith, a surfer who lives in Cutler Bay. The waves were too intense, he said. “You can’t do anything with that.” 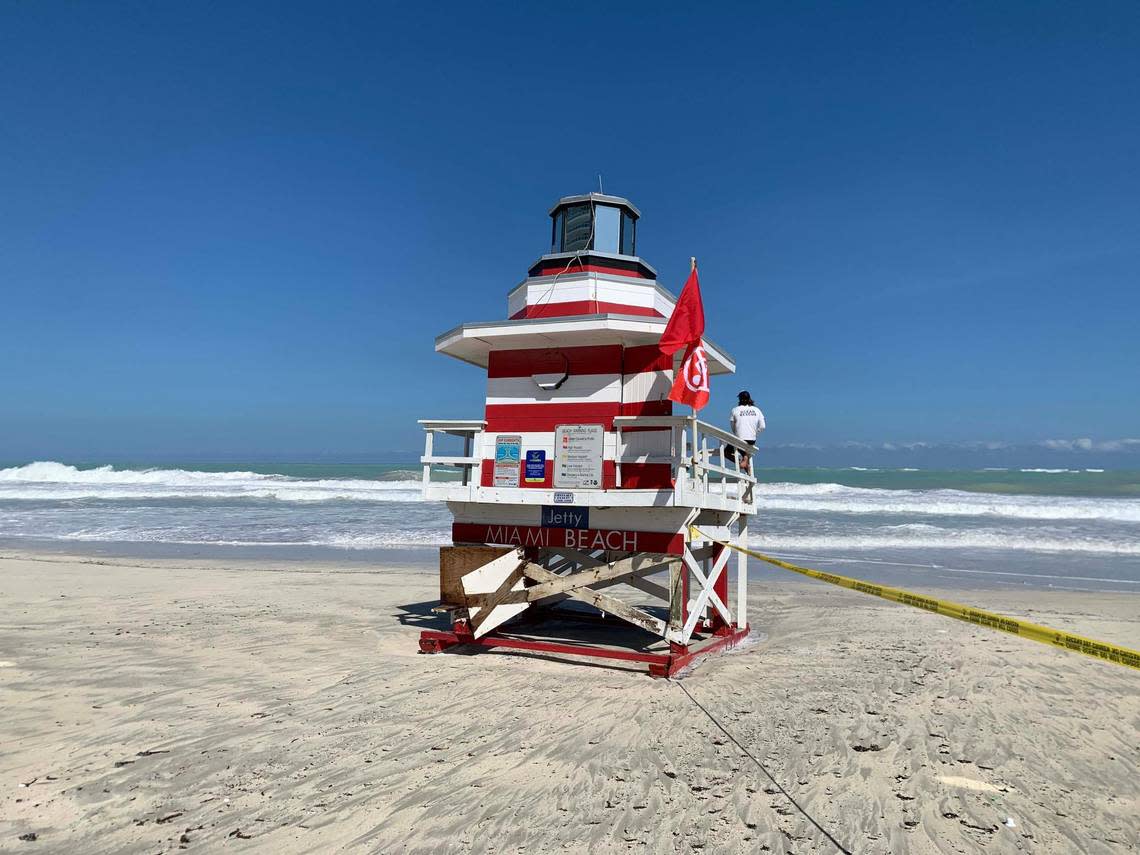