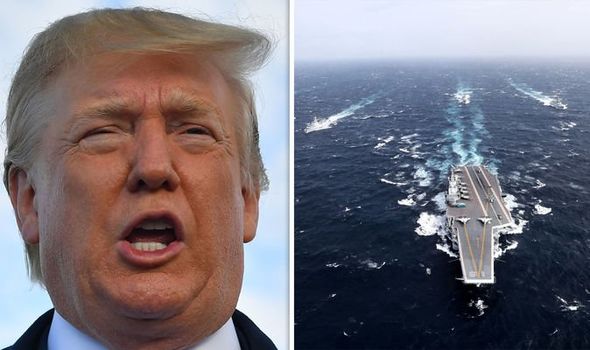 US President Donald Trump’s administration has moved to recognise Taiwan as a country despite long adhering to a one-China policy. The wording came in a US Department of Defence report entitled ‘Indo-Pacific Strategy Report’. The report was released on Saturday and its language is part of a section explaining the US’ efforts to improve and solidify relationships with other democracies in the region, including Taiwan, Singapore, Mongolia and New Zealand.

The report says: “All four countries contribute to US missions around the world and are actively taking steps to uphold a free and open international order.”

It adds that those nations were “reliable, capable and natural partners”.

South China Morning Post reports that the move is the latest attempts by Trump to frustrate Beijing as the two countries remain at loggerheads over aspects such as trade.

The US and China have locked horns over the waters, which Beijing is dangerously territorial over. 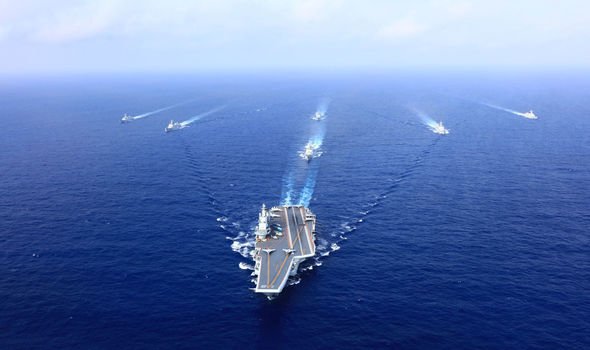 China claims almost all of the strategic South China Sea and frequently lambastes the United States and its allies over naval operations near Chinese-occupied islands.

A number of other incidents involving lasers and the Chinese military have been reported as far away as Djibouti, where the warring US and China both have bases.

Last year, the US were left furious at China and alleged lasers had been aimed at aircraft that resulted in minor injuries to two of its pilots.

The claim surfaced again days ago, when it was alleged Australian pilots were targeted by the same devices. 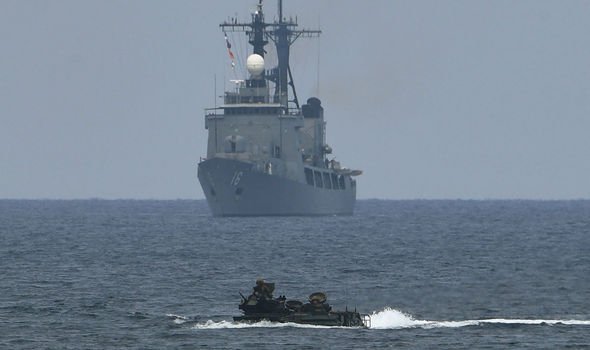 The report was compiled by acting secretary of defence Patrick Shanahan, who appeared to stir tensions by claiming the Chinese Communist Party as the architect of a vision for “repressive world order”.

This comes as Beijing was warned it could “end up facing disaster” if they do not trim the sails on their global aspirations including the South China Sea, according to an expert.

Professor and Chair of the Department of Economics at LIU Post in New York, Panos Mourdoukoutas wrote in Forbes that China should “trim the sails on their global aspirations”.

He said: “That’s why its leaders should trim the sails on their global aspirations, beginning with the South China Sea, or end up facing disaster, as it did during the Opium Wars.”