The ship, called the Type 075, is known as a Landing Helicopter Dock. According to reports, it set sail from the Hudong Zhonghua Shipyard in Shanghai.

The ship is heading towards the East China Sea. It was launched earlier this year in April.

The initial project called for a ship capable of carrying helicopters, with a displacement of 30,000 tonnes, NavalNews reports.

The specifications of this ship are rumoured to exceed that, with a displacement of 36,000 tonnes. It is also said to be capable of carrying 28 helicopters. 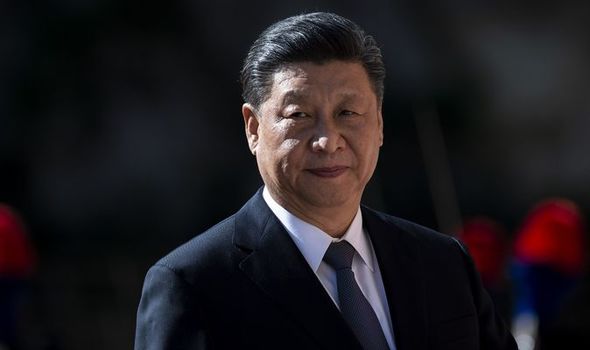 Chinese state media outlet the Global Times has said the Type 075 is “comparable” to Wasp-class amphibious assault ships operated by the US.

It also claimed the ship, and others of the same type, will be used by the Chinese navy in the South China Sea as well as the Taiwan Straits.

Eight of the Type 075 ships have been ordered by China’s military in total. A third is due to be delivered early next year. 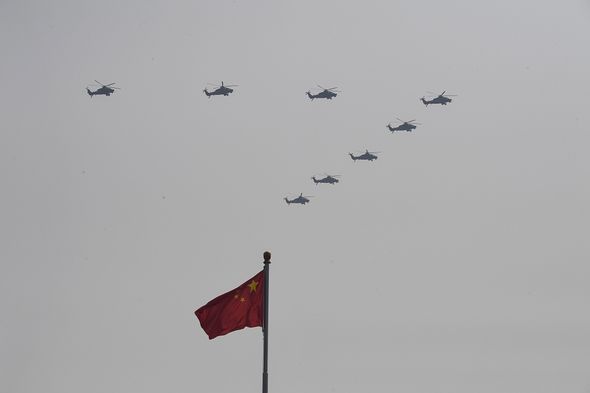 The government-linked outlet added: “Amphibious assault ships mainly conduct vertical deployment and landing missions on islands and reefs like the island of Taiwan and those in the South China Sea.”

It comes amid tensions between China and Taiwan. Last week the island nation, located off the coast of the Chinese mainland, launched the first of its Tuo Chiang-class corvette ships.

According to Reuters, the ships are meant to ‘take out larger warships while operating close to Taiwan’s shores’. 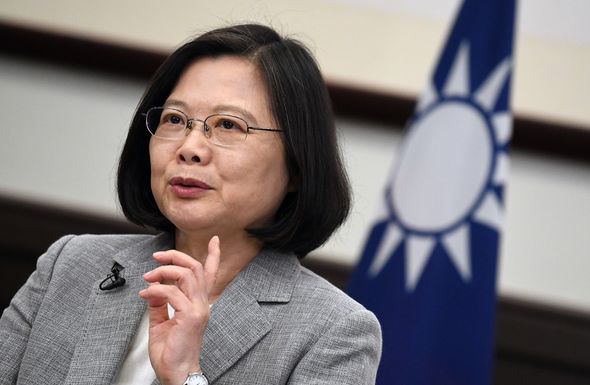 However, the Global Times hit back at the news, citing Chinese military analyst Song Zhongping as saying the “planned tactic against the PLA will not work”.

The report added the Tuo Chiang-class ships could be “a target candidate” for Z-9 military helicopters.

Taiwan expects to have a fleet of six Tuo Chiang-class ships by 2023, the country has said. 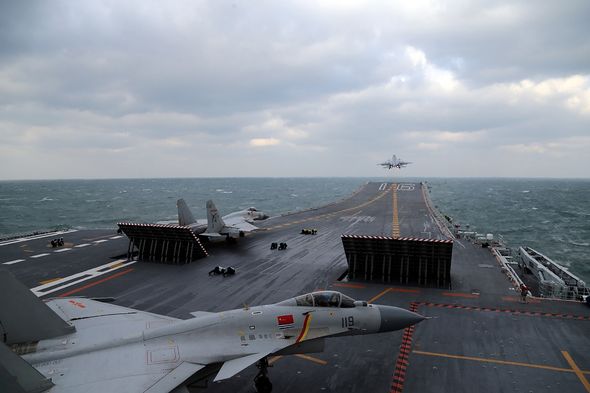 Meanwhile, tensions with Taiwan have also involved the US at times.

This year, Washington has sent a number of government officials to the island nation including US Undersecretary of State for Economic Affairs Keith Krach.

China has urged the US to “stop any kind of official exchanges” with Taiwan.

Beijing’s Type 075 ship launch comes after the Chinese military said it had “expelled” as US Navy destroyer from disputed waters in the South China Sea this week. 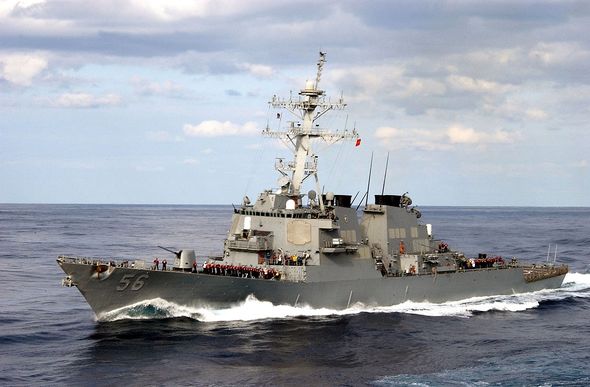 He said the presence of the US ship “seriously violated China’s sovereignty and security”.

The US Navy’s 7th Fleet said in a statement it was exercising “navigational rights and freedoms in the Spratly Islands”.

It added: “The United States challenges excessive maritime claims around the world regardless of the identity of the claimant.”