TOKYO/SEOUL (Reuters) – South Korea fired back at Japan over a deepening trade dispute on Friday, pledging it would not be “defeated again” by its neighbor, laying bare decades-old animosity at the root of a row over fast-track export status. 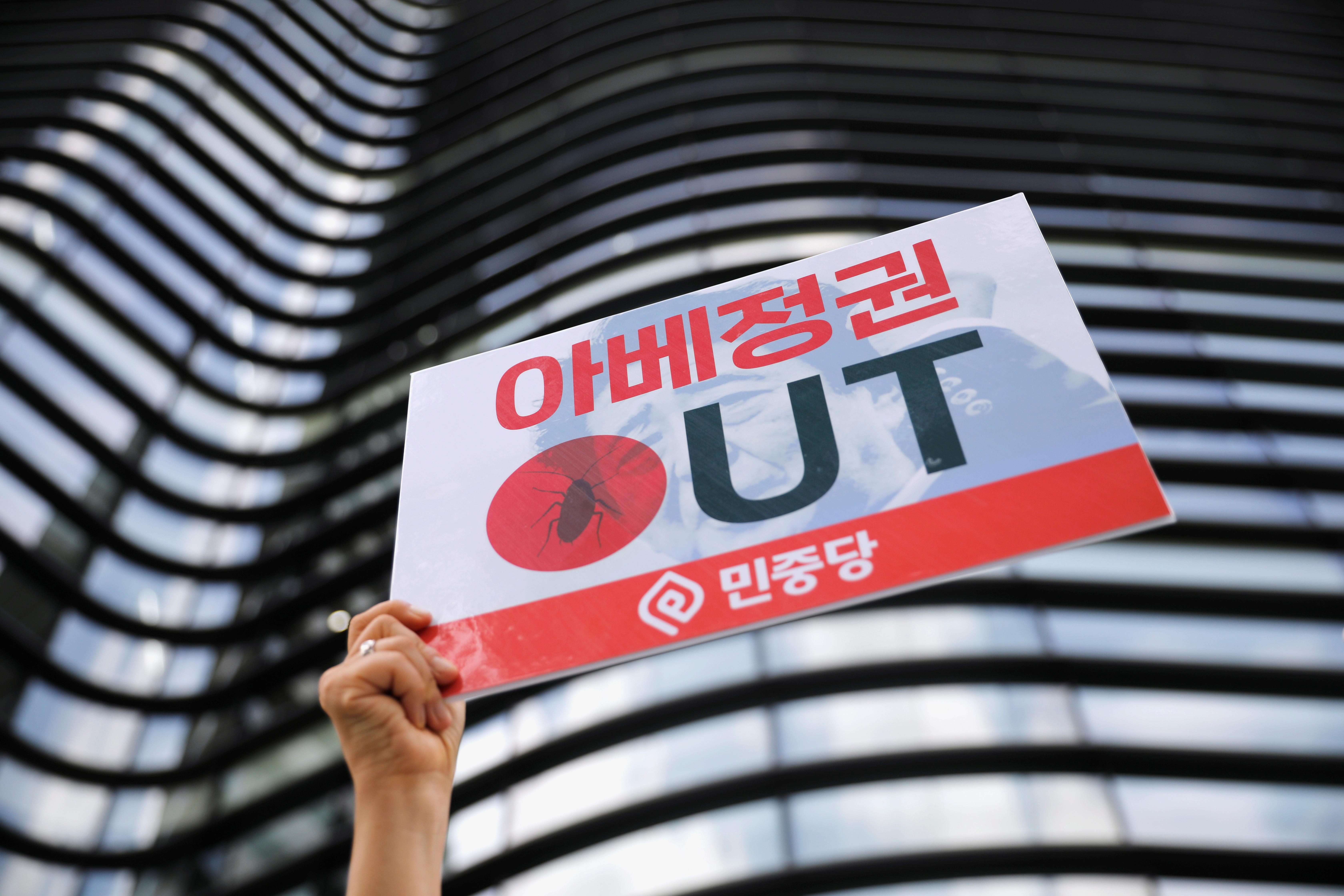 Cutting South Korea from a so-called “white list” of favored export destinations mean more paperwork, on-site inspections for some Japanese exporters to obtain permits, potentially slowing down exports of a wide range of goods that could be used to produce weapons.

Relations between the two U.S. allies began to deteriorate late last year following a row over compensation for wartime forced laborers during Japan’s occupation, but the language used by President Moon was the starkest yet.

He described Japan as a “selfish nuisance” for disrupting global supply chains, and aired suspicions over its motive for hobbling a rival economy.

As part of its countermeasures, South Korea will remove Japan from its own “white list” of favored trade countries and speed up the filing of a complaint to the World Trade Organization over Japan’s export controls, Finance Minister Hong Nam-ki said.

Earlier in Tokyo, Japanese Industry Minister Hiroshige Seko told a briefing that the cabinet had taken the decision for national security reasons, and it was not intended to harm bilateral relations. South Korean officials have held a different perspective, particularly since last month, when Japan tightened curbs on exports to South Korea of three high-tech materials needed to make memory chips and display panels, threatening the global supply of chips.

While Japan justified its decision on national security grounds, it has also pointed to an erosion of trust since South Korean court rulings ordered Japanese firms to compensate wartime forced laborers. Tokyo says that issue was settled by a 1965 treaty that normalized ties between the two countries.

“We want South Korea to first create an environment in which we can have dialogue with trust. It’s South Korea’s responsibility to do that,” Industry Minister Seko said.

The rift is the latest example of how a decades-old disagreement has undermined relations between the two U.S. allies, at a time when Washington wants them working closely together on North Korea. It also awkward economically, as both export driven economies are facing sliding demand from China.

Tokyo has been frustrated by what it calls a lack of action by Seoul after South Korea’s top court ruled last year that a Japanese steelmaker should compensate former forced laborers.

South Korea would be the first country to be removed from Japan’s white list, which currently has 27 countries including Germany, Britain and the United States.

Seko said Japan was unwilling to hold a dialogue until South Korea corrected a statement made at a July meeting between bureaucrats of the two countries.

Japan has disputed a Korean official’s comment that Seoul asked Japan to repeal the export curbs at that July meeting. Tokyo has also accused South Korea of breaking an agreement on what the two sides would disclose from the meeting.

South Korean officials, for their part, have warned they may reconsider an intelligence sharing accord with Japan if the feud worsens.

The United States has urged its two key Asian allies to consider reaching a “standstill agreement” to buy more time for talks, a senior U.S. administration official told reporters in Washington on Tuesday.

U.S. Secretary of State Mike Pompeo said on Thursday he hoped the two would find a solution by themselves, stressing cooperation on North Korea was “incredibly important”. Seko said Japan had briefed the U.S. administration on its plans.

The fresh restrictions could deal an additional blow to South Korean chipmakers, which are already scrambling to secure key chipmaking materials after last month’s export curbs.

South Korea’s top imports from Japan by value last year were semiconductor components and equipment ranging from silicon wafers to chip etching machines, totaled at about $11 billion, nearly 20% of Japanese imports, according to data provided by Korea International Trade Association.

Moody’s Investors Service said Japan’s removal of South Korea from the white list is a credit negative for many South Korean companies. On Thursday, South Korea reported its exports had tumbled for the eighth straight month in July, with the escalating trade dispute adding to an increasingly gloomy picture.