SPINE-TINGLING pictures show Spitfires taking to the skies over the White Cliffs of Dover once again ahead of the 75th anniversary of D-Day this week.

Flying group Aero Legends were out practising their recreation of the journey made by the iconic fighter planes on June 6, 1944. 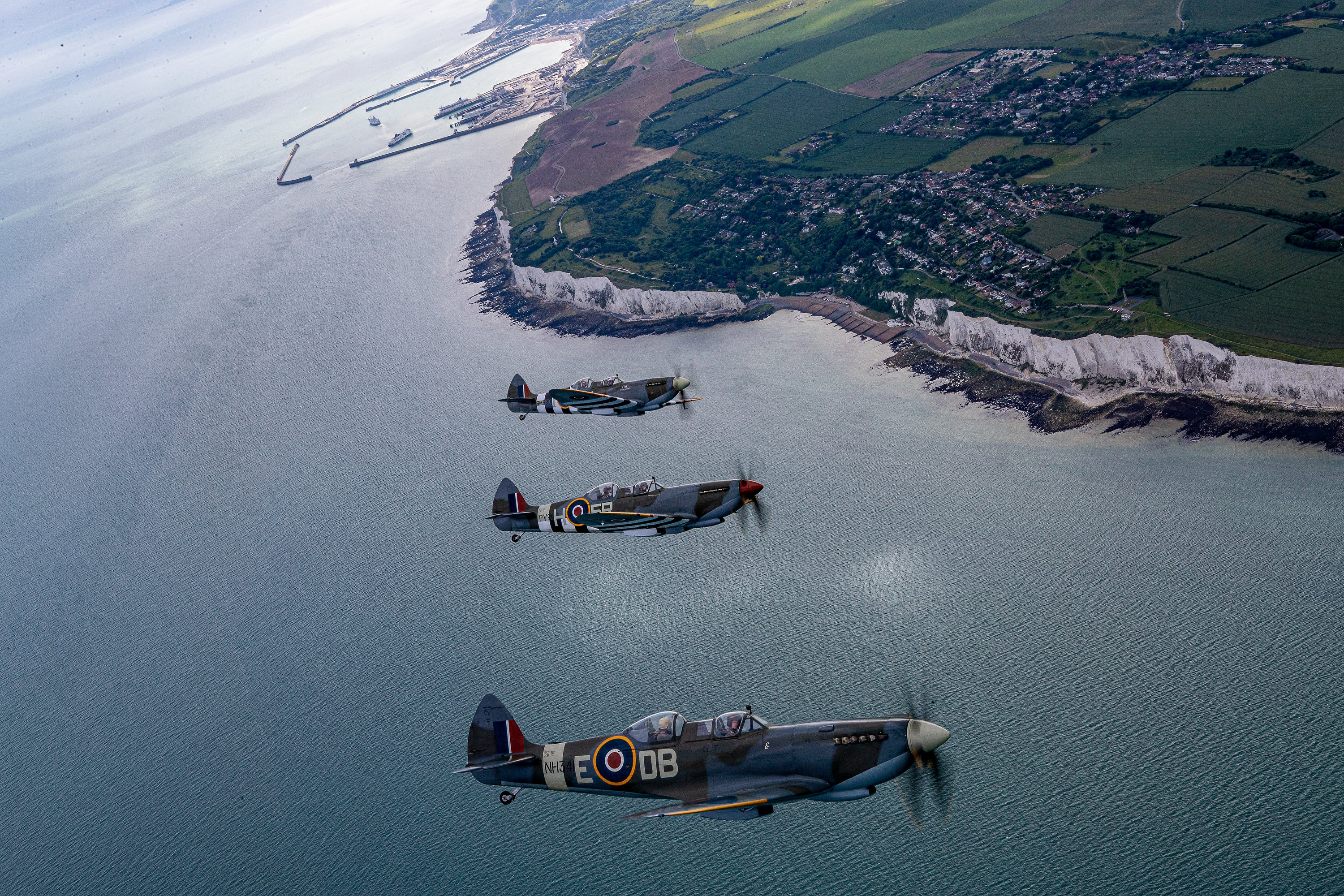 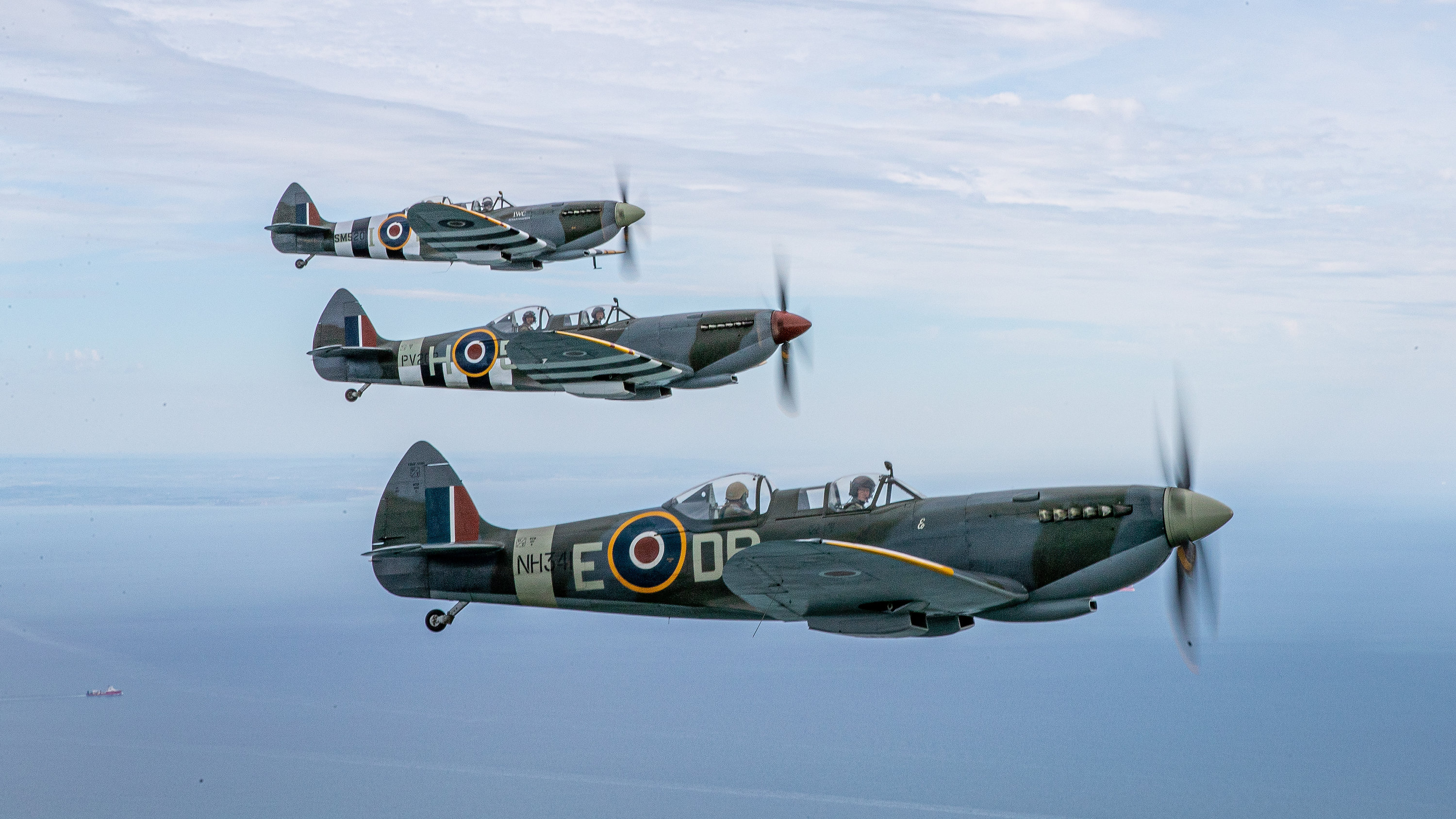 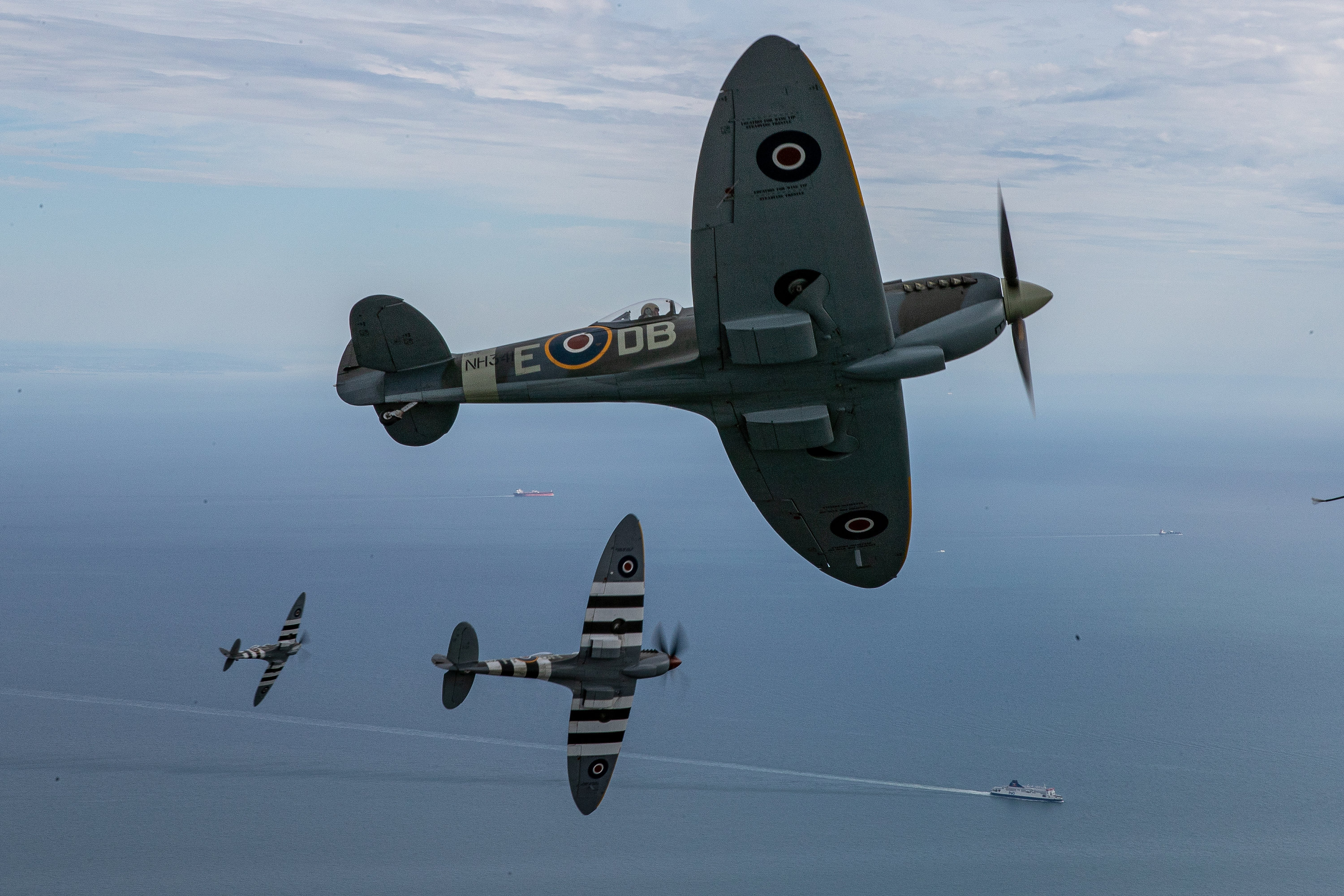 The three Spitfires, named Elizabeth, St George and City of Exeter, will set off tomorrow morning from North Weald Airfield in Essex for Cherbourg in Normandy.

They'll also be accompanied by a 1944 C-47 Douglas Sky Train which actually participated in D-Day.

The veteran aircraft called Drag Em 'Oot dropped 18 paratroopers of the US 82nd Airborne Division behind the Normandy beach heads.

It even has over 40 bullet holes to prove its D-Day credentials.

A total of 55 Spitfire squadrons strafed and bombed Nazi defences on the Normandy coast during Operation Overlord — the largest seaborne invasion in history.

The planes' mission began the day before the troops arrived in their landing craft on the morning of June 6.

D-Day ultimately proved to be one of the deciding turning points of the whole Second World War.

Today, just 240 are left — and only about 60 of them are airworthy, as the rest are either used in static displays or are being restored.

This week, thousands of people will gather on both sides of the English Channel to commemorate D-Day.

Hundreds of veterans will take part in the events — including those currently sailing from Dover on board the MV Boudicca to Normandy on a six-day voyage.

Last night, Rod Stewart sang his hit We Are Sailing on board the ship to the assembled soldiers, sailors and airmen. 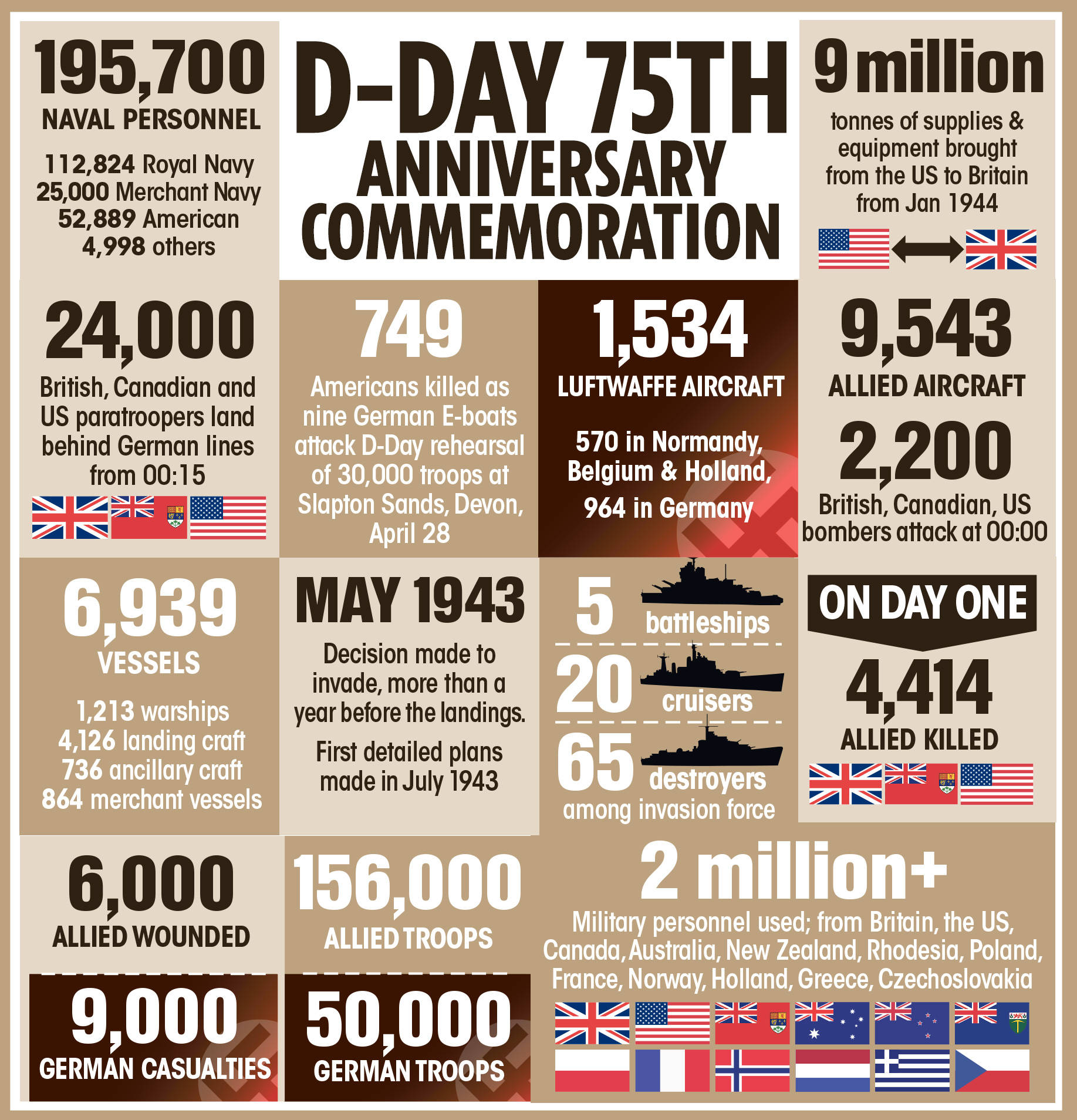 And on Wednesday, Donald Trump is expected to travel with Theresa May to commemorate D-Day together.

The pair will head to Southsea Common in Portsmouth for the commemoration events during the American president's state visit to the UK.

The Queen is also expected to attend the national commemoration event with Trump during his stay. 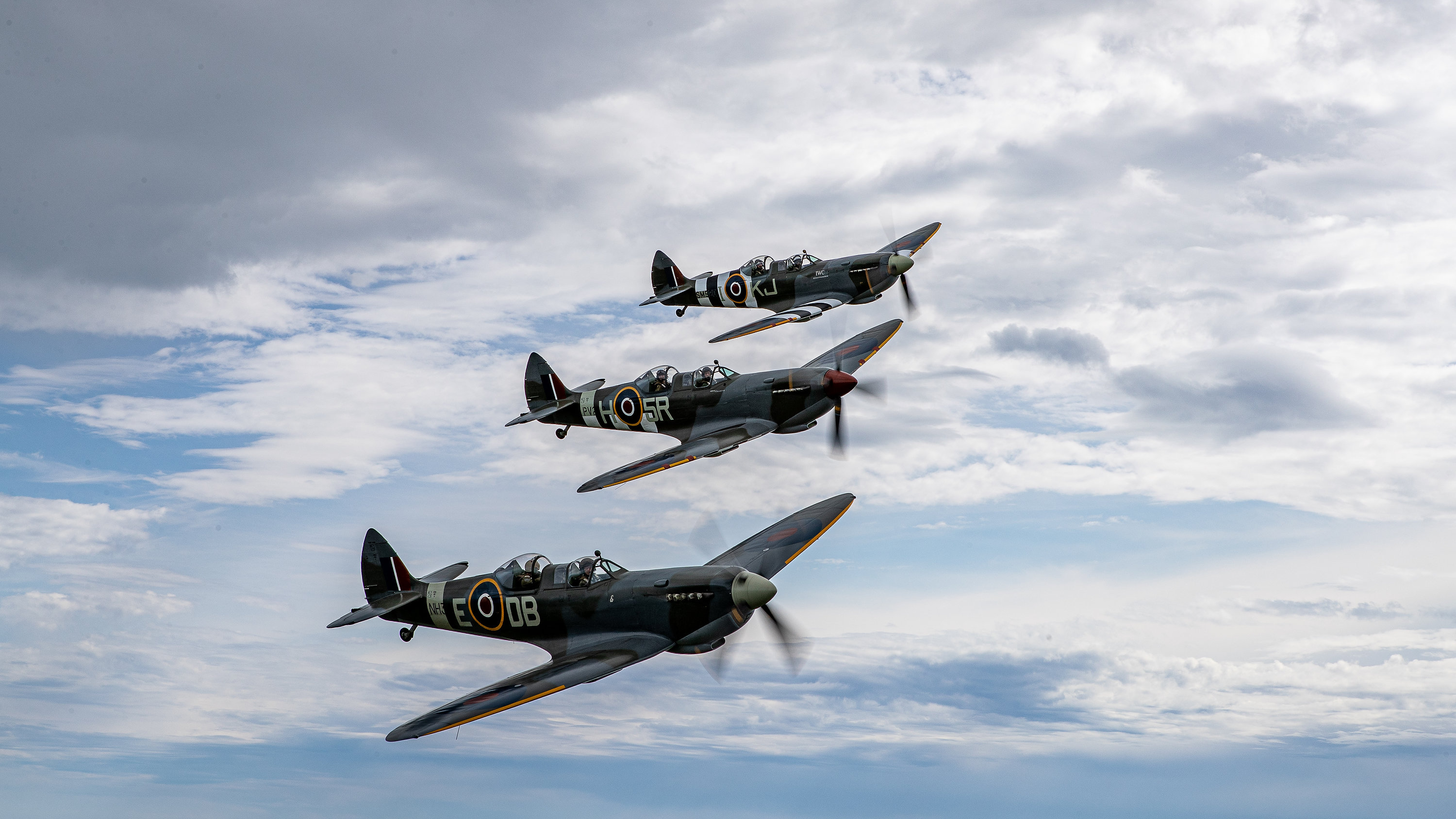 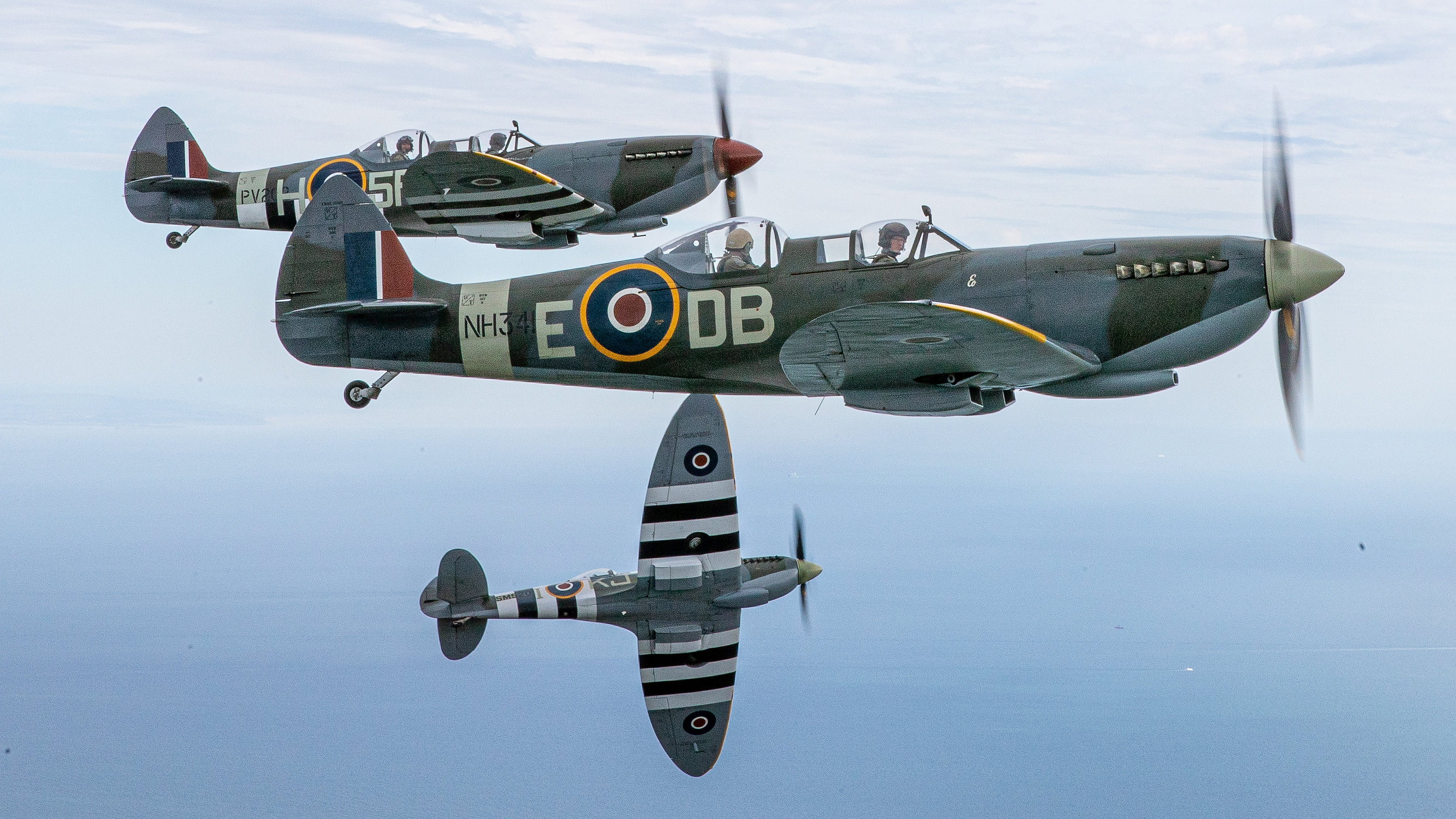 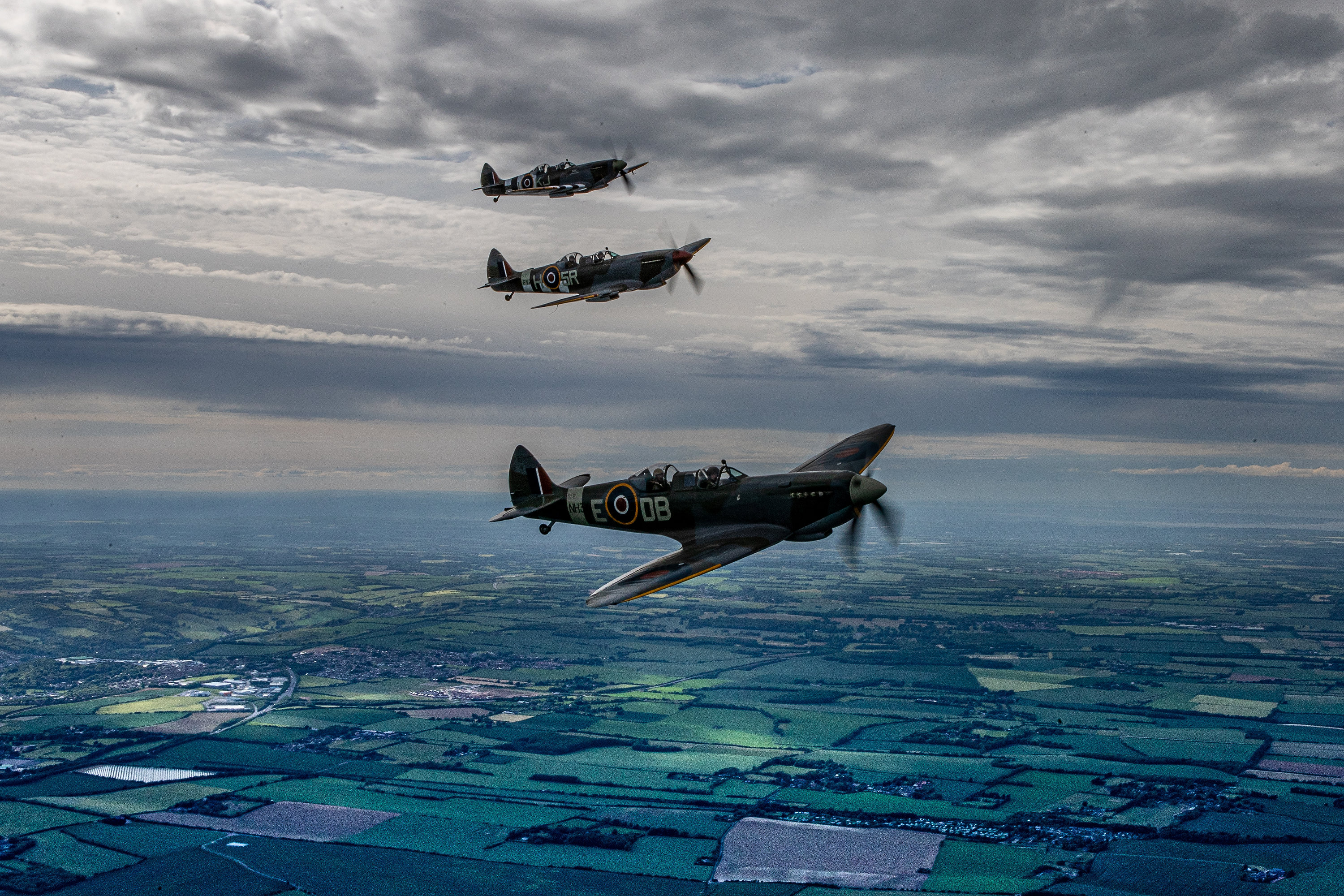 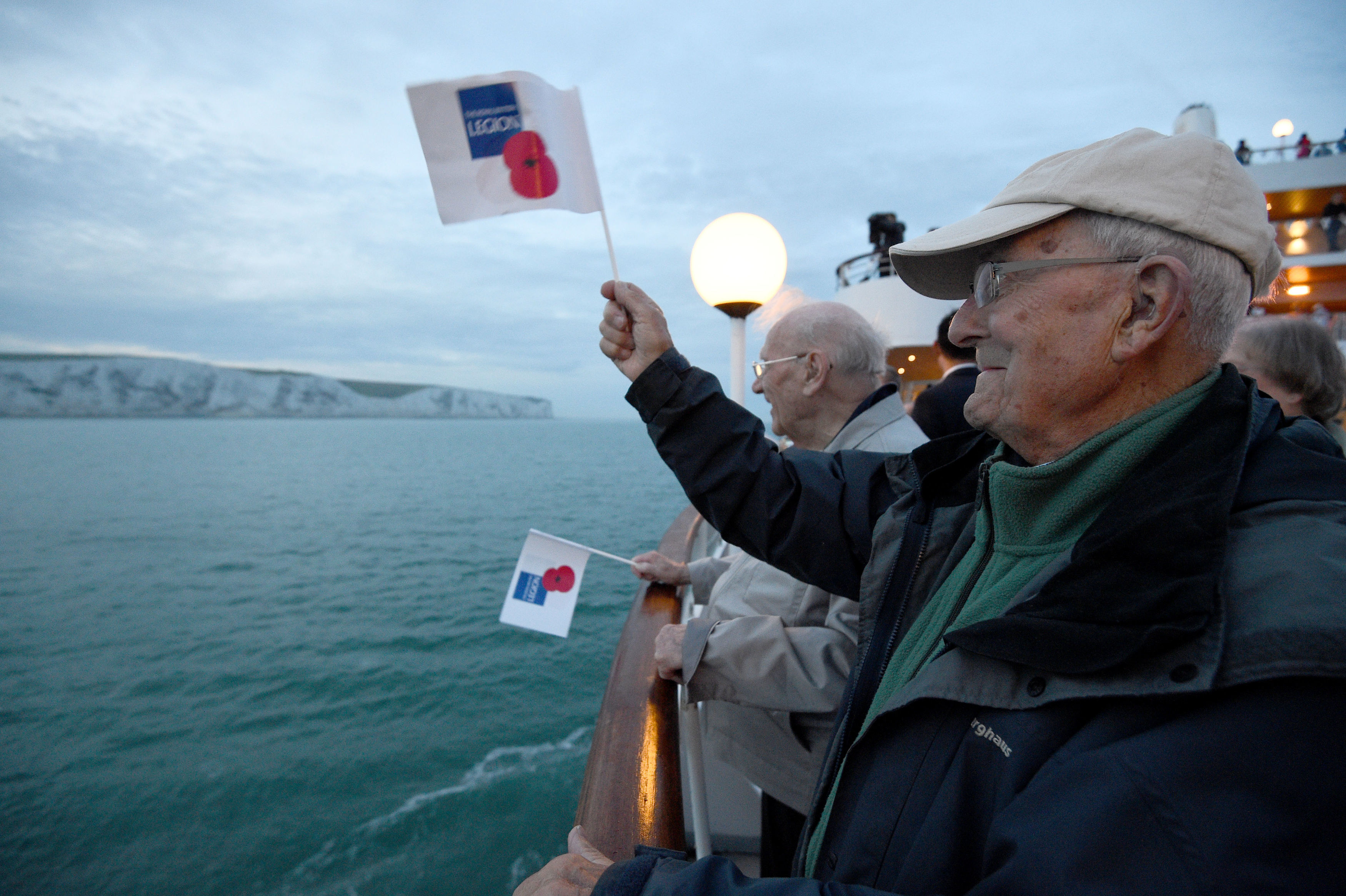 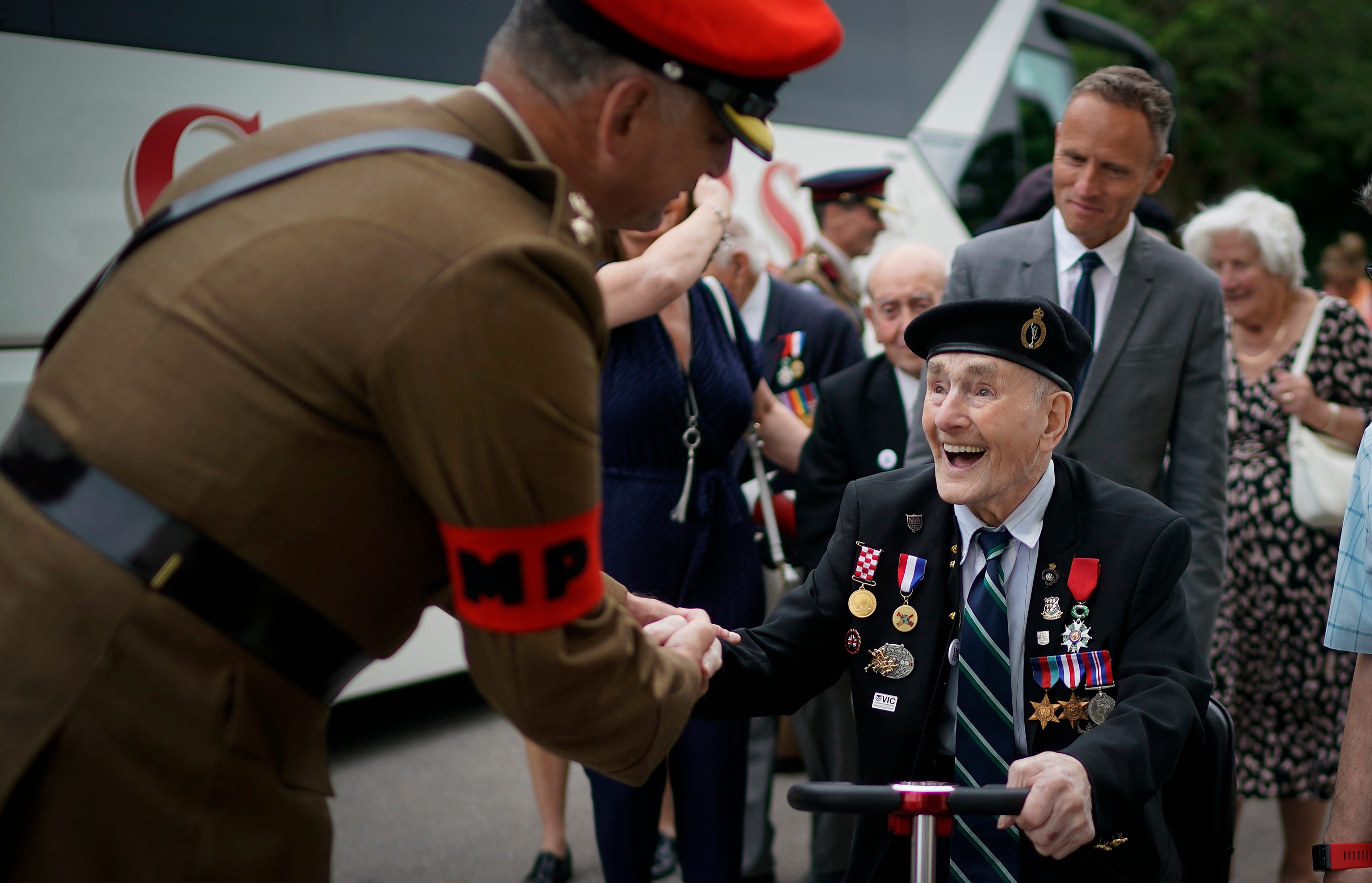 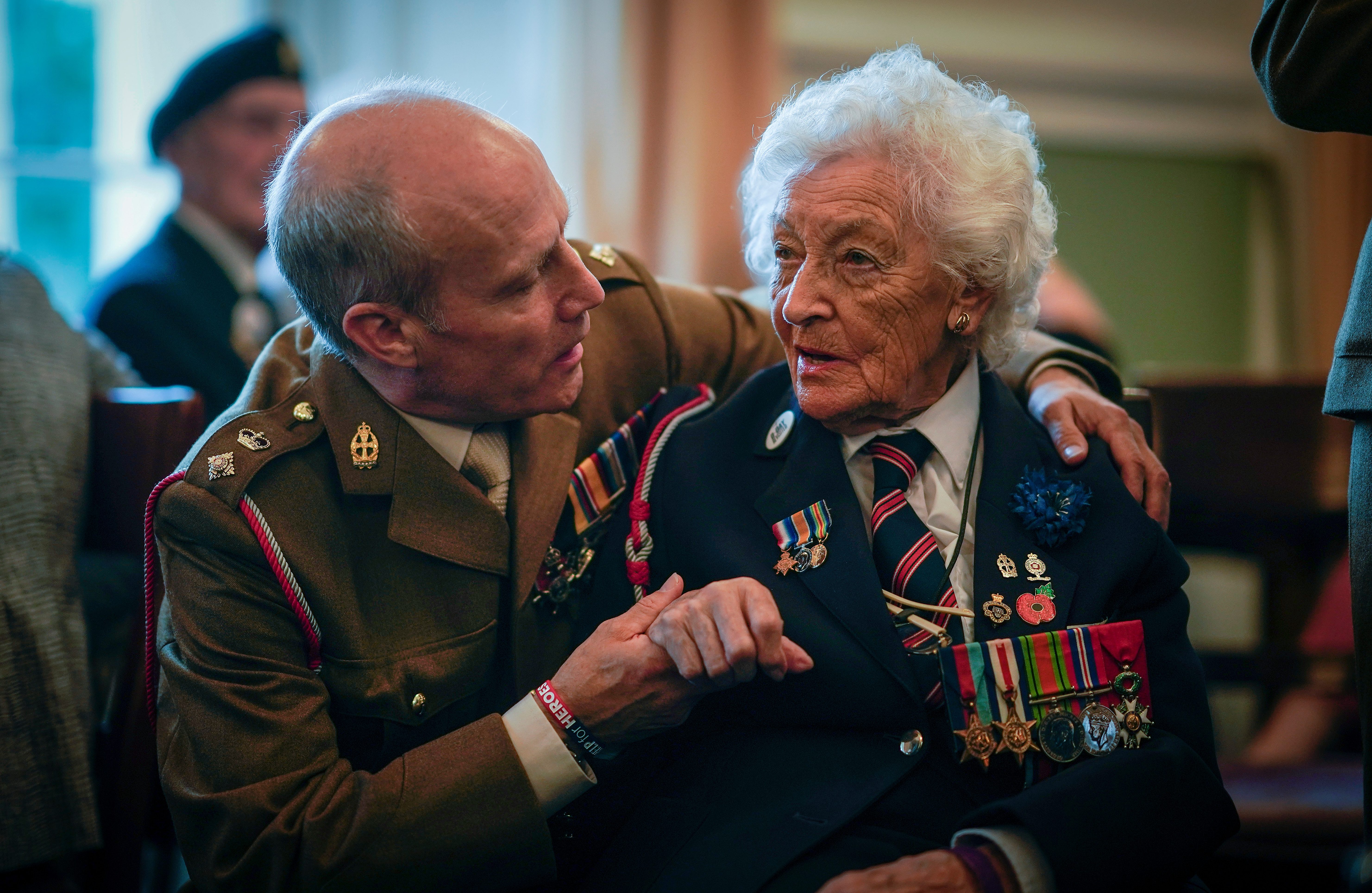