The discovery was along the south coast of France in what is now known as the Cosquer Cave, after its finder Henri Cosquer. The cave contains various prehistoric rock art engravings, first found 1985, but was not made public until 1991, when three divers became lost in the cave and died. A huge proportion of the cavern, including some of the wall art, was permanently or periodically submerged and destroyed by seawater.

Only 150 pieces of art remain, including several dozen paintings and carvings dating back to the Upper Paleolithic, corresponding to two different phases of occupation of the cave.

Archaeologist Alexander Marshack, who passed away in 2004, featured among a group of experts in World History’s “Cave Beneath The Sea,” where he detailed his theory on the cave.

The 2018 series revealed: “They look like all kinds of signs, cabalistic scribblings, designs and patterns, people usually just dismiss them as the scribblings of a primitive mind.

“But I saw patterns in these scratchings, so I did all kinds of tests and finally, I came to the conclusion that they were recording the passage of time. 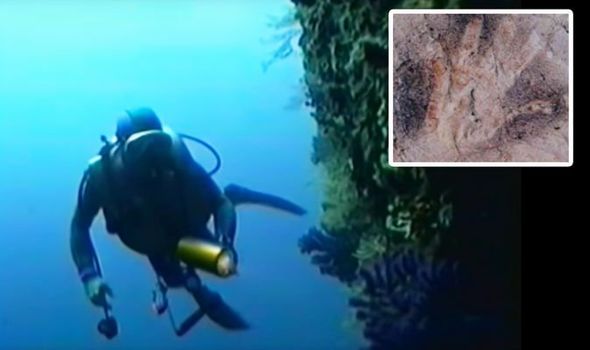 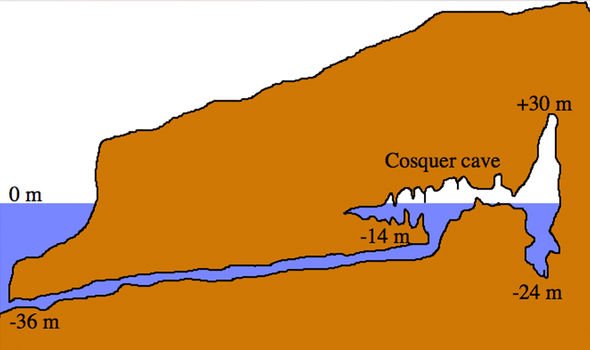 They were us and terribly sophisticated

“This is what the analysis by microscope indicated.”

Professor Marshack believed the engravings were made as some kind of ancient calendar to mark the start of summer and winter solstice.

He added: “Every change of colour is a different set of marks made by a different tool, there would be a series of marks for six months, down then back for another six months.

“They had a structured sense of space and time and the caves were part of that structure. 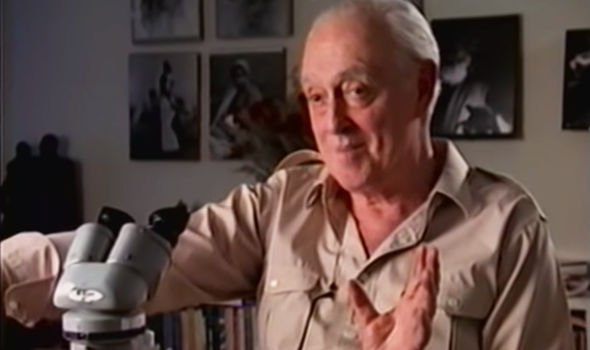 “They weren’t living at random, they were not primitive, they were us and terribly sophisticated, though they were technologically primitive.”

Among the surviving drawings is 65 hand stencils when dating back 27,000 years and also newer art which dates back 19,000 years.

The cave can now be accessed by divers through a 175-metre long tunnel, the entrance is located 37 metres below sea level, which has risen since the cave was inhabited. 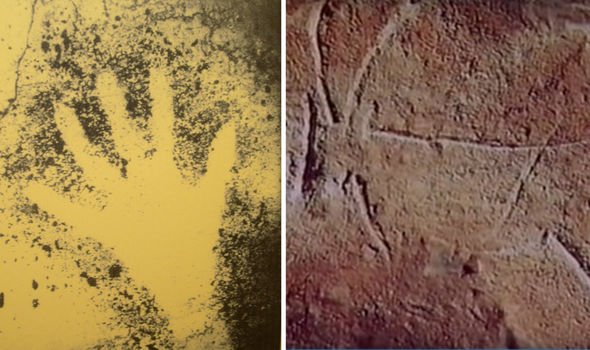 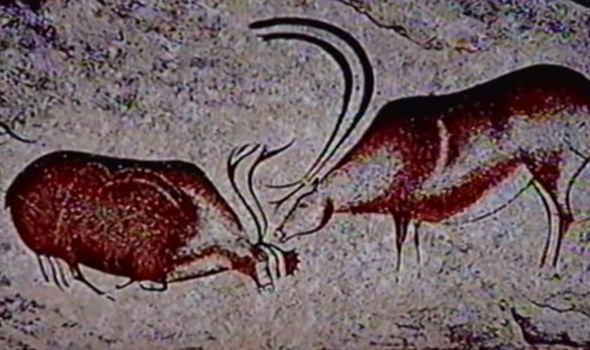 During the glacial periods of the Pleistocene, the shore of the Mediterranean was several miles to the south and the sea level up to 100 metres below the entrance of the cave.

Cosquer Cave is significant because it is situated in an area where no Palaeolithic art had ever been found before.

This underlines the possibility that many prehistoric coastal caves around the Mediterranean in France, Italy and Spain have been lost to rising sea levels, along with all their cave paintings and other artworks.

Archaeologists estimate that if Cosquer had remained above sea level, it would now contain something like 600-800 animal images alone.