‘Brexit is making cost-of-living crisis worse’: Sturgeon launches push for ANOTHER independence referendum after Scotland was ‘ripped out of the EU’ – but even Alex Salmond demands to know how she can hold one without PM’s approval

Nicola Sturgeon launched another big push to break up the UK for an ‘optimistic’ future today – but even Alex Salmond questioned how she can hold a legal referendum.

The SNP leader insisted she is kicking off the campaign ahead of an independence vote, which she wants to happen next year.

She said Scotland could be wealthier outside of the UK after being ‘ripped out of the EU’. ‘Thanks to Brexit, the cost of living crisis is worse here than in any other G7 country – inflation in the UK is double that of France,’ she told a press conference at Bute House.

Ms Sturgeon is publishing the first of a series of position papers designed to woo the Scottish public – with polls suggesting they do not currently favour the separatist agenda.

However, her predecessor as First Minister was among those demanding more detail this morning. He demanded to know how Ms Sturgeon could ‘bend Westminster to the will of the Scottish Parliament’ given Boris Johnson has flatly refused to agree to another referendum.

Ms Sturgeon merely said she would set out her approach in Holyrood soon.

Meanwhile, opposition leaders accused her of focusing on her independence ‘obsession’ at the expense of the cost of living crisis.

The last referendum in 2014 resulted ended with 55 per cent of Scots voting to stay in the UK. 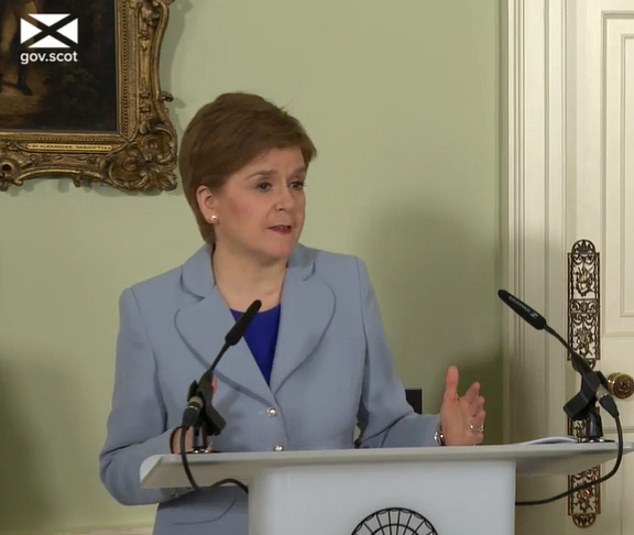 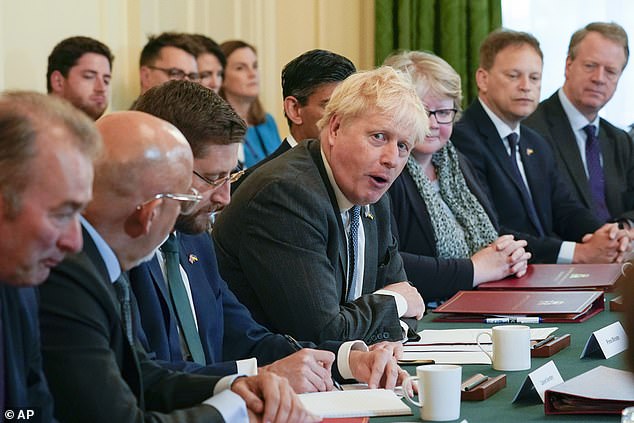 Boris Johnson has flatly refused to agree to another referendum

The White Paper, titled Wealthier, Happier, Fairer: Why Not Scotland? compares Scotland and the UK with other European nations and sets out why the SNP/Greens think the country would be better off if it were independent.

But it does not address key issues such as what currency Scotland would use, its financial state given the vast deficit, pensions, benefits, defence policy and plans to rejoin the EU. Ms Sturgeon has hinted that future documents will cover those topics.

Ms Sturgeon said her victory in last May’s Holyrood elections – which saw the SNP pledge to hold another referendum – and the pro-independence majority amongst MSPs meant the Scottish Parliament has an ‘indisputable democratic mandate’ for such a vote.

She said: ‘Scotland, like countries across the world, faces significant challenges.

‘But we also have huge advantages and immense potential. The refreshed case for independence is about how we equip ourselves to navigate the challenges and fulfil that potential, now and in future.’

She continued: ‘In their day-to-day lives, people across Scotland are suffering the impacts of the soaring cost of living, low growth and increasing inequality, constrained public finances and the many implications of a Brexit we did not vote for.

‘These problems have all been made worse or, most obviously in the case of Brexit, directly caused by the fact we are not independent.

‘So at this critical juncture we face a fundamental question. Do we stay tied to a UK economic model that consigns us to relatively poor economic and social outcomes which are likely to get worse, not better, outside the EU?

‘Or do we lift our eyes, with hope and optimism, and take inspiration from comparable countries across Europe?’

Ms Sturgeon said she had made clear to Mr Johnson today that she is ‘ready to discuss the terms of such an order at any time’.

But she insisted: ‘My duty, as the democratically elected First Minister, is to the people of Scotland, it is not to Boris Johnson or to any Tory prime minister. This is a UK Government that has no respect for democracy.

‘That means if we are to uphold democracy here in Scotland we must forge a way forward, if necessary, without a section 30 order.’

While she accepted Holyrood’s competence to legislate for a referendum was ‘contested’, she added that ‘is the situation we must navigate to give people the choice of independence’.

Ms Sturgeon said work on this was ‘well under way’, adding that she would give a ‘significant update’ about this to Holyrood ‘very soon indeed’.

However, Scottish Labour deputy leader Jackie Baillie said the latest independence campaign only served up the same division which has ‘blighted Scotland for a decade’, adding: ‘It is time to change the record.’

Tory constitution spokesman Donald Cameron said: ‘We’ve seen over the last decade just how damaging it has been for Scotland to have an SNP Government focused on only one thing. As a result of that obsession, key areas like education, health, justice and the economy have suffered desperately.’

Urging the First Minister to stop ‘diverting government resources and vast sums of public money towards the SNP’s obsession’, he added: ‘Nicola Sturgeon is wilfully ignoring Scotland’s priorities… the vast majority of Scottish people don’t want the distraction of another referendum next year.

‘They want the government 100 per cent focused on our recovery from the pandemic, the global cost of living crisis, supporting our NHS and protecting jobs.

‘Yet Nicola Sturgeon is recklessly pressing ahead with her obsession anyway. This is nothing short of shameful when the country is facing so many momentous challenges. The distraction and disruption of another bitter referendum debate is the last thing Scotland needs right now.’

Pamela Nash, chief executive of Scotland in Union, said: ‘You can’t make Scotland wealthier, happier or fairer by dividing people and communities. The people of Scotland don’t share the SNP/Greens’ constitutional obsession and want the Government to focus on the NHS, schools and jobs.

‘Scotland’s best days are ahead of us as part of the UK, bringing people together and investing more in our public services.’

Speaking ahead of the publication of the new paper, Mr Salmond – now leading the Alba party and a regular critic of Ms Sturgeon – said: ‘Everyone across the Yes movement is galvanised by the fact that the starting gun has been fired on another independence test. 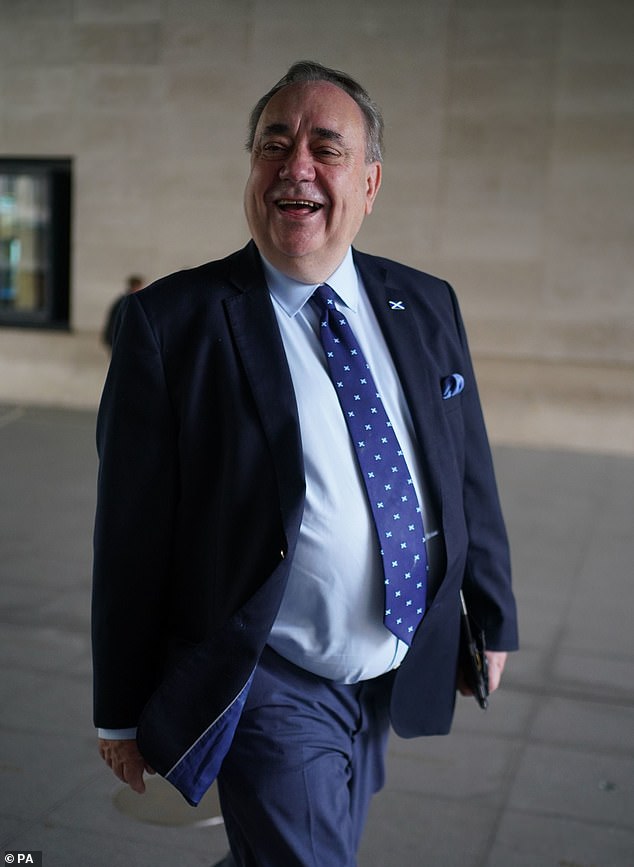 ‘It is welcome to see Government documents proclaiming the case for independence but it is also crucial that the SNP/Green coalition articulate a clear pathway and timetable towards that day of decision.’

He argued that ‘the energy of the independence debate of 2014 came from the setting of the date of September 18.

‘The Yes movement will take them at their word, and they therefore should also explain the strategy by which they intend to bend Westminster to the will of the Scottish Parliament to agree a referendum or indeed spell out another way of asserting the sovereignty of the Scottish people.

‘Without that we run the risk of conducting a debate in a constitutional vacuum.’