The UK’s highest court could be renamed and face an extensive overhaul over fears US-style legal rows could become the norm.

The Supreme Court, which was introduced in 2005 under Tony Blair, could see its number of judges cut and the introduction of ‘specialists’ for specific cases under the new proposals being considered by ministers, it has been reported.

According to the Sunday Telegraph, members of the Government feel the court is increasingly being used to settle political scores and that reform is needed to refocus its scope. 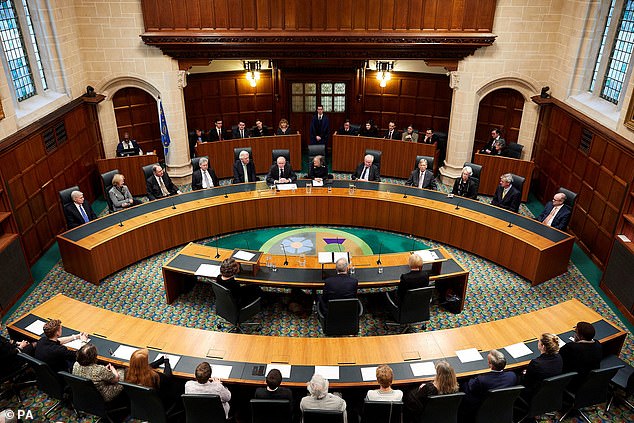 The Supreme Court was introduced in 2005 by Tony Blair and then-Lord Chancellor Lord Falconer and is the UK’s highest court of appeal, existing as the final court of appeal for criminal and civil cases.

It also hears appeals on arguable points of law of general public importance but does not serve as a constitutional court in the same way its counterpart in the US does.

Ministers are said to fear the similar names have confused the public over the UK Supreme Court’s role in society.

A Conservative source told the Telegraph: ‘There’s a feeling that Blair and Falconer made a complete dog’s dinner of constitutional reform and that we’re feeling the negative effects of it today.

‘Just like in the US, campaigners are increasingly looking to the courts to settle political arguments and this puts the judiciary in a place most of its members really don’t want to be.’ 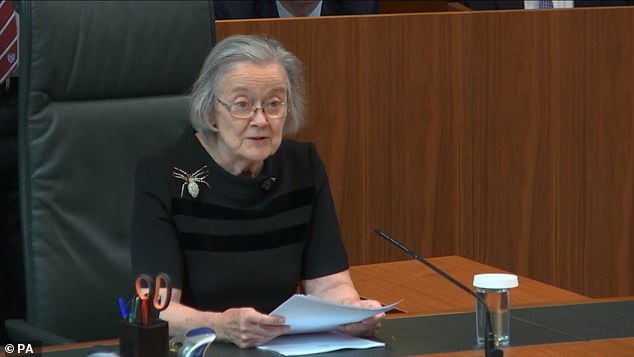 It comes after the court was at the centre of controversy when its judges unanimously ruled that Boris Johnson illegally prorogued Parliament in an ‘extreme’ move to ‘frustrate’ debate on Brexit last September.

The move left the Cabinet stunned and Leader of the Commons Jacob Rees-Mogg accused Supreme Court judges of launching a ‘constitutional coup’ and ‘the most extraordinary overthrowing of the constitution’.

He also accused the judges of making errors, saying ‘some elements of the judgment are factually inaccurate’.

In the wake of the ruling last year, it is understood ministers fear the court is being misused to settle constitutional matters and so they are looking at reforming the way the court operates.

This includes changing the court’s name and reducing the number of judges from 12 so as to allow for space to be filled by expert judges for specific types of cases.