The company, called Crypto AG, sold code-making equipment to Iran, Latin American nations, India, Pakistan and dozens of other countries. The technology was modified to let the CIA and Germany's BND break codes, the Washington Post reported along with German and Swiss broadcasters ZDF and SRF. 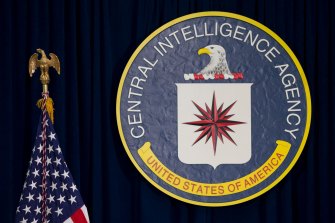 The technology was modified to let the CIA and Germany’s BND break codes, according to reports.Credit:Carolyn Kaster

The reports cite a classified CIA history to underpin the allegations, some of which date back at least to 1992, when one of Crypto's employees was arrested and held in Iran for nine months as a suspected spy.

At the time, the company called reports that it was a secret asset of Western intelligence agencies "an unbelievable conspiracy theory," according to a report in German magazine Focus detailing a 1994 book on the subject.

After being told late last year of fresh research about the company, the Swiss government in January appointed a former Swiss Supreme Court judge to scrutinise Crypto's activities "to investigate and clarify the facts of the matter", the defence ministry said in a statement.

"The events under discussion date back to 1945 and are difficult to reconstruct and interpret in the present day context," it added.

Judge Niklaus Oberholzer is due to report back by the end of June, after which the Swiss cabinet will be briefed.

The reports say at least four countries — Israel, Sweden, Britain and neutral Switzerland — knew of the operation, known as "Operation Rubicon", or were in on some of the secrets it unearthed.

According to one document attributed to the CIA history of the operation, the US spy agency and its West German counterparts overcame cultural differences and divergent interests "again and again, to fashion the most profitable intelligence venture of the Cold War".

The company was liquidated in 2018. A successor company, Crypto International, owned by Swedish national Andreas Linde, said on its website the story was "distressing". The company was now under new ownership and had no connections to the CIA or German spy agency, it said.

Reuters was not immediately able to reach CyOne Security. An email to Crypto International received no immediate reply.