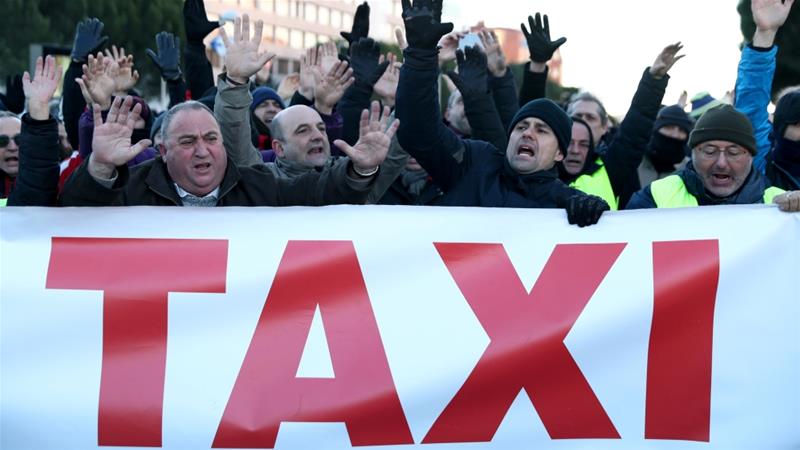 A taxi driver in Madrid was seriously injured in a car accident that occurred while he engaged in protests against ride-hailing services such as Uber.

He “is in very serious condition”, a spokesperson for Madrid’s La Paz hospital said.

Emergency services in Madrid tweeted the man, in his 30s, suffered a brain injury.

Footage broadcast by Spanish media showed the taxi driver, wearing a yellow vest like anti-government protesters in France, jump onto the bonnet of a black vehicle surrounded by demonstrators.

He fell heavily onto the road as the vehicle sped off, pursued by protesters.

The Civil Guard police force said the driver of the vehicle involved in Tuesday’s accident turned himself in and was questioned before being released.

The accident happened during a protest by taxi drivers who blocked a highway on Tuesday afternoon amid increasing tensions between taxi drivers and ride-hailing services such as Uber or Cabify, also known as VTCs (Tourism Vehicles with Chauffeur).

Spanish taxi drivers complain that rival drivers from ride-hailing apps compete unfairly since they do not face the same regulations and costs.

The drivers Madrid started an indefinite strike on Monday to protest competition from VTCs, following their colleagues in Barcelona who began striking on Friday.

Protest leaders said talks to end the dispute were unsuccessful and the demonstrations would continue. Hundreds of taxis held up traffic in Madrid on Wednesday.

Unauto VTC, the association representing the sector, said 80 VTCs had been damaged in Barcelona and 50 in Madrid during the strike.

On Monday, taxi drivers in Barcelona tried to force their way into the Catalan regional parliament but were held back by police.

EU rules Uber must be regulated as transport company (2:10) 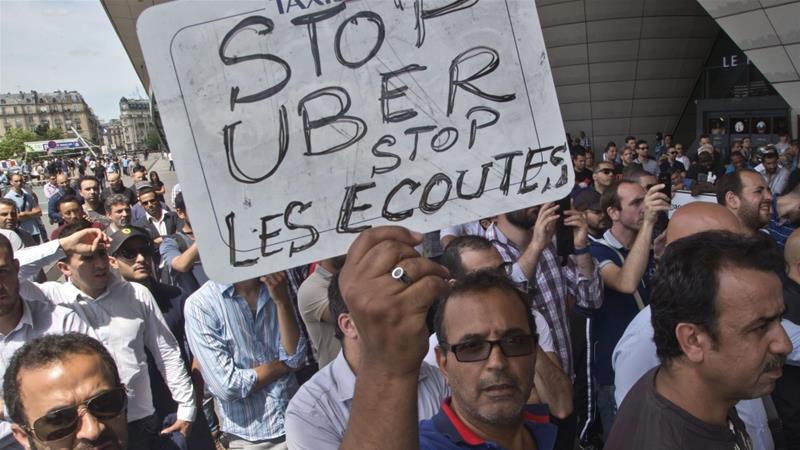 Uber and the sharing economy