A TERRIFIED couple claim to have spent ten days without food clinging to a tree to hide from a brown bear trying to eat them.

Anton and Nina Bogdanov had taken a spin down to the Banniye Springs beauty spot in eastern Russia when their nightmare started. 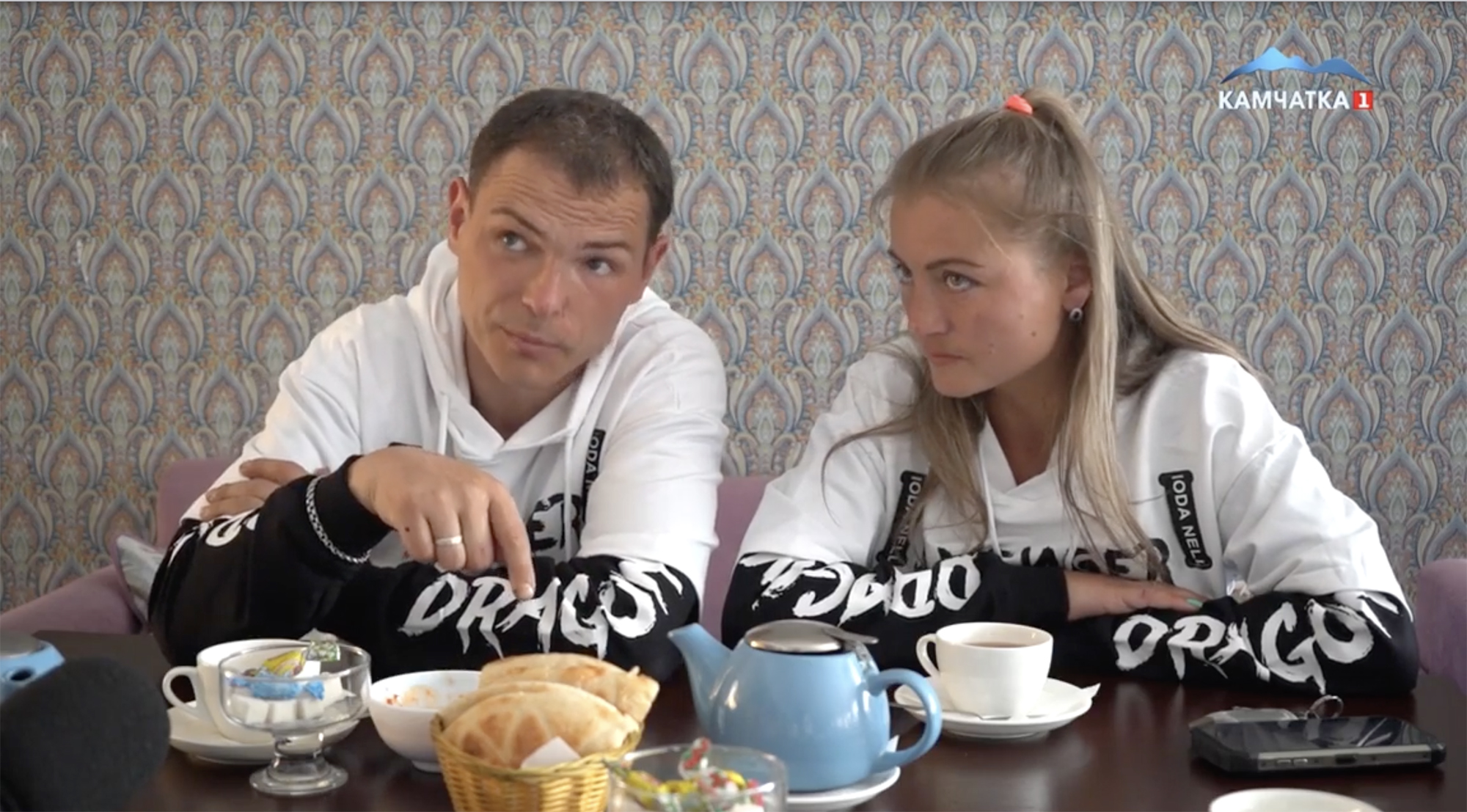 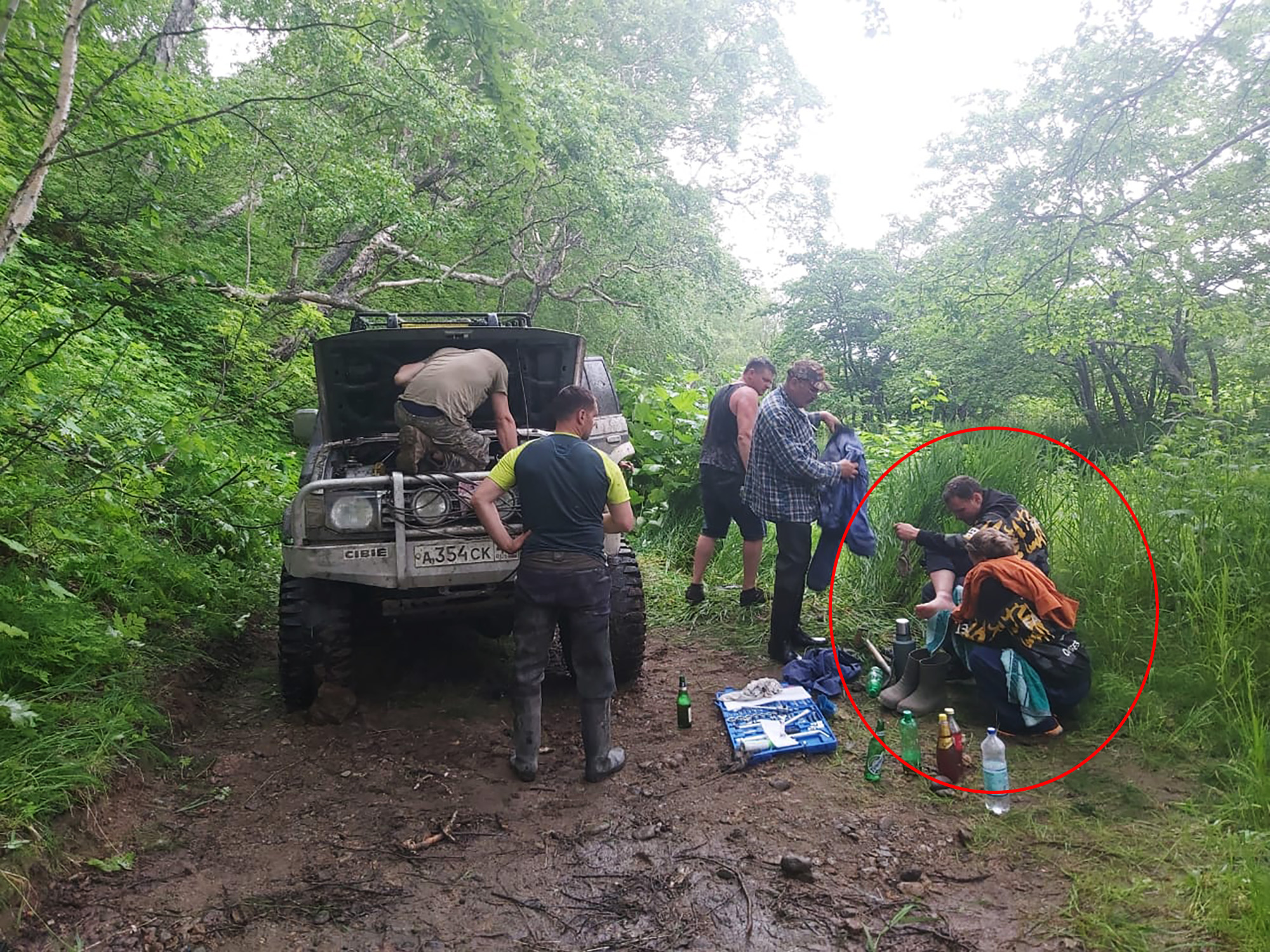 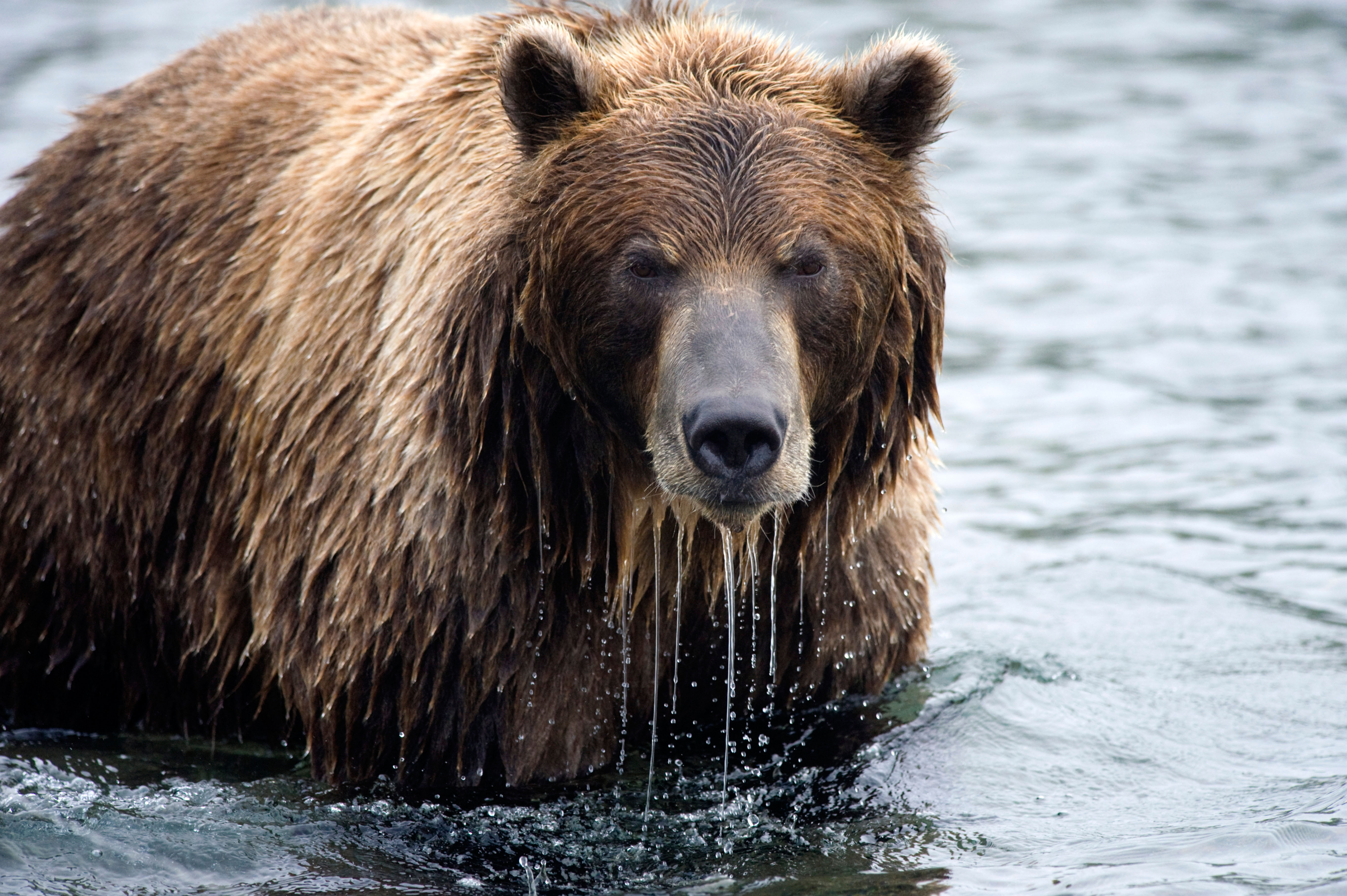 The married couple had only planned to be away for one night but their Mitsubishi Pajero became stuck in a deep puddle some 11 miles from the hot springs in the Kamchatka region, Nina said.

With no mobile coverage, they stayed one night in the car before walking to a tourist base at the springs to call for help to free their vehicle.

Aware of the threat from bears, the frightened couple scrawled a message on their windscreen reading: “Left for the base. Two people.”

But no search was conducted to help find them, they claim.

During their journey to the base, they realised a large beast was creeping up on them.

Nina said: “The bear was walking behind us, and we did not notice him straight away, he was absolutely silent.

“My husband was the first to see the predator. At first we scared the bear, and he moved back. But then he ran after us.”

They raced  200 yards down a slope towards a river where they climbed a tree, she said.

“I threw my water bottle at the animal to distract him, and Anton managed to climb the tree.”

After two hours the bear lunged into the branches at them – and they flung down their rucksack to force it back.

But it contained their only food, which the bear ate.

Nina claimed the bear “guarded” them closely for two days and they took it in turns to sleep and monitor its movements.

She said: “We realised we had no power to stay on the tree, with no food or water. But the bear would not leave us alone.”

Eventually the bear moved away enough for them to climb down and dash into the river, Nina claimed.

She added: “I almost drowned there, but Anton finally pulled me out.

“The bear was behind us, and got carried away by the current a bit.

“They crossed to the other bank but the fear-struck couple were forced to climb a tree again as the hungry bear came close.

“We were sitting there two more days.”

Nina claimed that the pair managed to climb through the trees back to their car, going short distances at a time.

She said: “As soon as we reached the car, we heard noises of approaching vehicles.

“I started crying from happiness when I saw the cars.”

A rescuer named Artur said he found the couple in their car soon after they had reached the vehicle again.

Four bear attacks on people were registered in Kamchatka in the past year, with two fatalities.

The region has some 23,000 wild bears, the largest population of the predators in Russia. 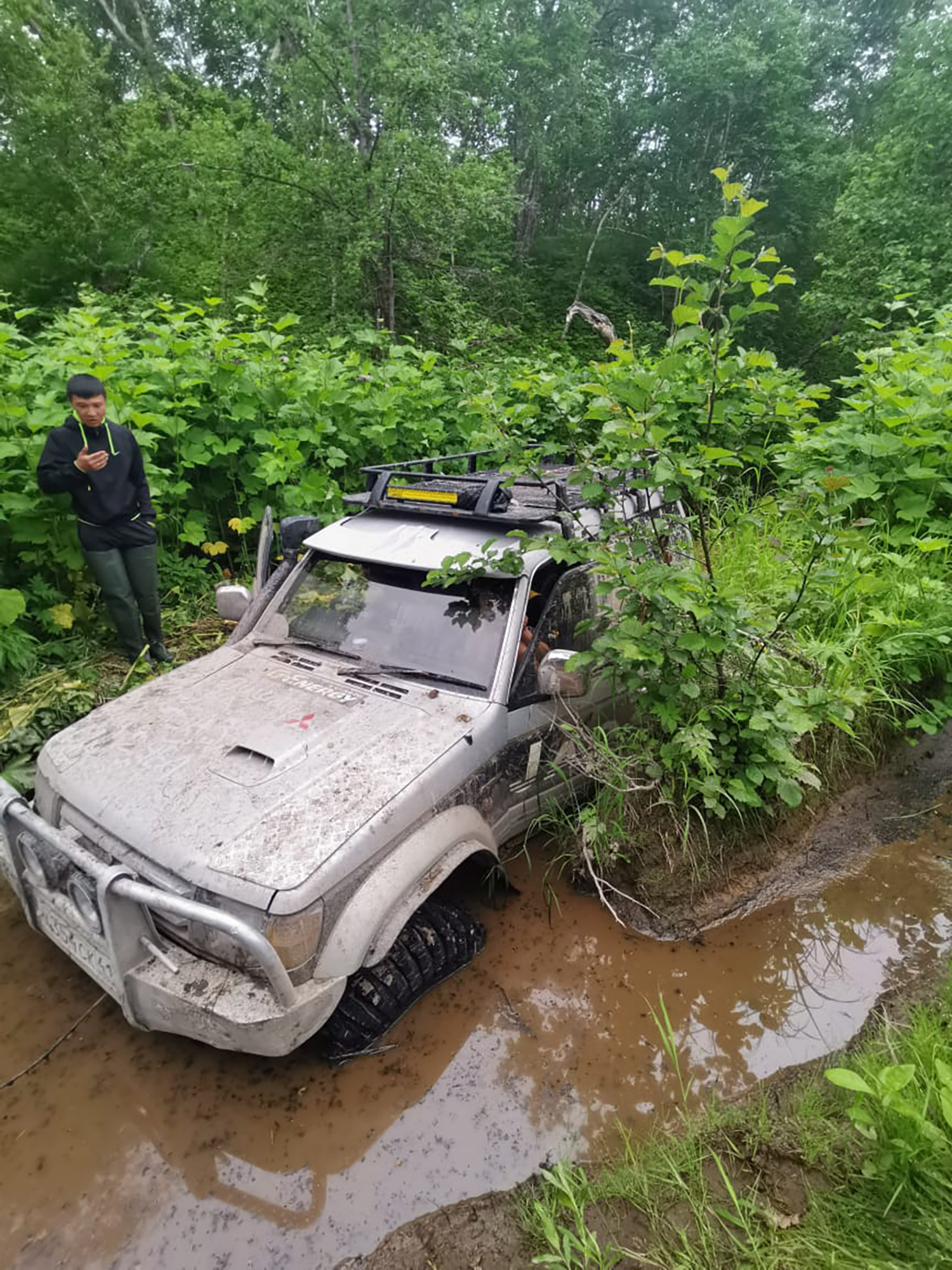