This is the terrifying moment a drug cartel used drones to drop explosives on unsuspecting inhabitants in the forests of Tepalcatepec, Mexico, in the latest demonstration of unchecked violence in the region.

People were sent running for their lives on Monday as the drones, controlled by the Jalisco New Generation Cartel (CJNG), soared over their shacks before raining down explosives on the forest floor in the state of Michoacan.

The shocking footage shows an aerial view of a dense jungle where a blue tarpaulin is hung up covering a series of what appear to be makeshift shacks or huts.

Seconds later, a bomb explodes and a number of people can be seen scrambling away from the blast in search of safety as coils of smoke begin to rise from the forest floor.

The drone then lets loose more explosives on the survivors before being shot down by the forest’s inhabitants.

The attack represents the latest in a series of brutal assaults on the population of Michoacan which has played host to escalating violence, mostly attributed to the CJNG.

The footage from Monday’s attack emerged just weeks after the nearby city of Chinicuila in Michoacan reported that roughly half of its population fled, many illegally into the US, to escape the cartel’s violence.

Drones were also used in the December attacks in Chinicuila which led to the mass exodus of civilians and police officers alike. 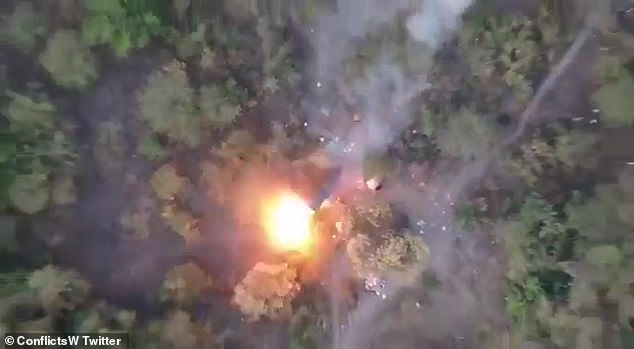 Footage shows an aerial view of a dense jungle where a blue tarpaulin is hung up covering  series of makeshift shacks. Seconds later, a bomb dropped from the drone explodes on the forest floor 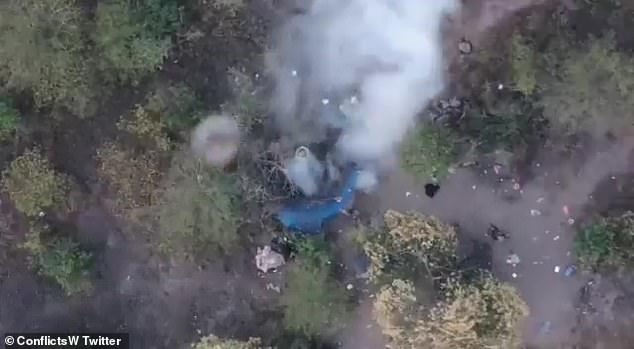 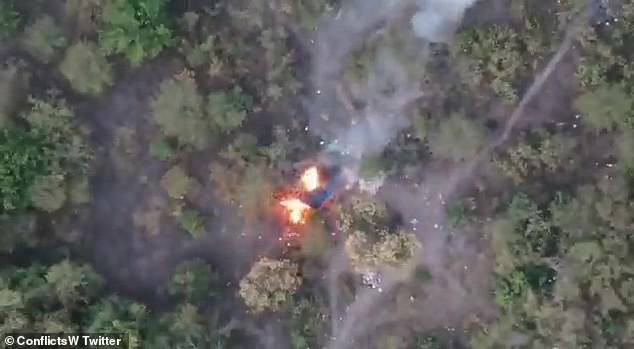 The bombing set fire to the tarpaulin and the shacks. The drone continued to drop bombs as it scanned the area for survivors 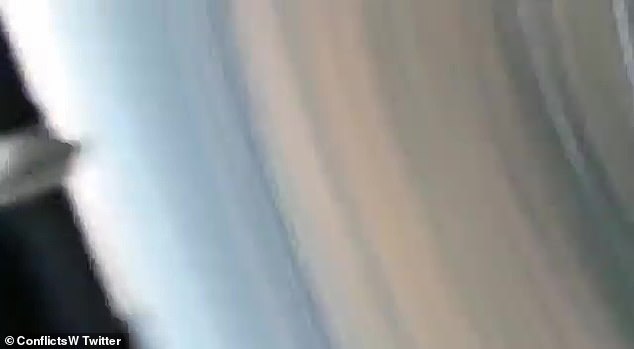 Michoacan state has been a hot zone for drug traffickers, although in recent months the situation has worsened amid frequent armed struggles for power between rival cartels.

The CJNC is considered one of the two most powerful criminal organizations in Mexico, alongside Joaquín ‘El Chapo’ Guzman’s Sinaloa Cartel.

Monday’s drone attacks were allegedly carried out to target residents of the town who had participated in a brief gunfight with cartel members trying to gain control of the territory earlier that day.

According to local authorities, one person was injured as a result of the attack, but the small towns and forest dwellings of Michoacan have been plagued by fighting for months as rival cartels battle tooth and nail for every inch of territory.

‘In Tepalcatepec we have had four months of insecurity. This is the only municipality in which we have more than 3,000 displaced people,’ Mexican news site El Pais quoted Mendoza as saying.

‘Four months and nobody has come to see us, nobody has given a solution!’

The massacres in Michoacan seemingly take place with total impunity.

The state has a population of fewer than five million, but has one of the country’s highest murder rates.

On average, more than seven people in Michoacan were executed per day from January to October 2021 alone with a total of 2,234 homicides registered, according to El Sol de Morelia.

Meanwhile, government data shows that 4,242 people have disappeared in the state since 1964 – but 952 of the disappearances occurred in the past year.

The city of Chinicuila in Michoacan has lost half of its police department in the face of the ‘terrorist’ behavior of the CJNG, which has sparked mass resignations among law enforcement ranks and drove the city’s mayor to leave office. 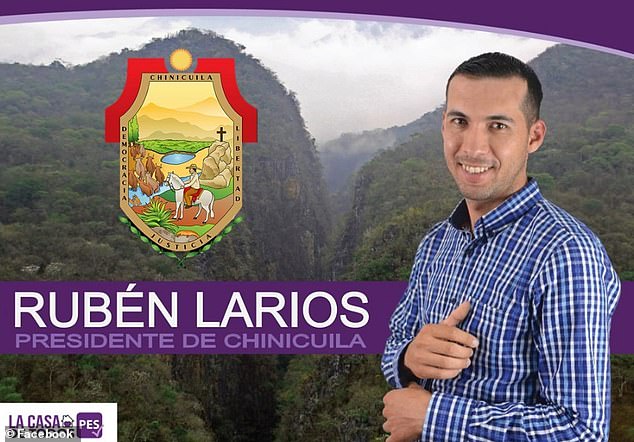 Rubén Larios, who was reelected in June as mayor of Chinicuila, fled the western Mexico town Friday after a failed attack by the Jalisco New Generation Cartel. The city has lost around half of its population who fled the escalating violence in the final months of 2021

Some Chinicuila residents fleeing the cartel invasion moved to the neighboring state of Colima, according to a recent report by Mexican news station Imagen TV.

Others have found refuge in the United States, particularly in Illinois and California, while remaining refugees have sought out shelter along the border city of Tijuana in hopes that their asylum requests are tended to promptly by US immigration judges.

Surveillance camera footage of a CJNG assault on December 8 showed the scorched earth policy that the cartel has now decided to employ.

It showed armed men barging into many of the houses that had been deserted by homeowners and setting off grenades after they had used drones packed with explosives to attack the neighborhood. 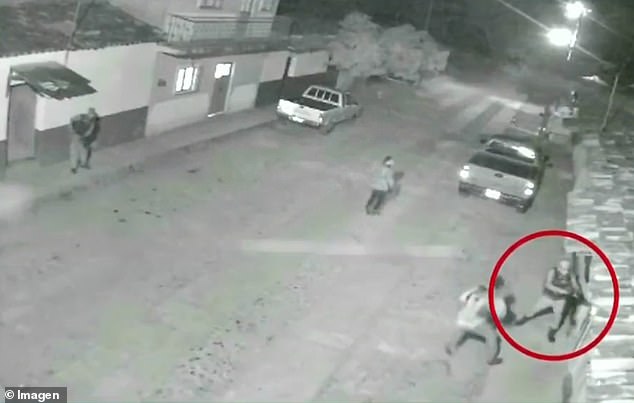 One local who was brave enough to remain in Chinicuila compared the deadly cartel’s assault to that of a terrorist organization, indicating that some families were beaten despite having no connection whatsoever to cartel activities.

‘The truth is this is terrorism. It was very bad,’ the resident said.

‘It was something very shocking because we are used to (the cartel fighters) arriving on monster (trucks) and everything. But they were bombarding the houses.

‘They threatened us, they beat us, they told us that they were going to do more to us and that the government agrees with them.’

Since the mass resignations of police officers in December, the responsibility for policing Chinicuila has fallen to the National Guard and Mexico’s armed forces.