Six people were injured when a rogue wave surged across a sidewalk in Miami and crashed into rocks after Hurricane Ian had passed, officials said.

Video captured the terrifying moment the mass of water took out several pedestrians following the departure of disastrous Hurricane Ian.

South Florida was spared major impact from the storm, and there were even sunny blue skies on Friday when the rogue wave hit.

However, rough surf combined with ‘king tides’ can create dangerous water conditions. A King Tide is a ‘non-scientific term people often use to describe exceptionally high tides,’ according to the National Oceanic and Atmospheric Administration.

The wave crashed onto the sidewalk Friday around 10:45 a.m. Friday near South Pointe Park in Miami Beach.

Four women and two men were rushed to the hospital after being hit.

City spokesperson Melissa Berthier said the victims suffered ‘minor injuries’ and the area has been closed until further notice.

Double red flags remained at the beach, warning others that it is not safe to go in the water, Miami-Dade Fire Rescue announced around mid-morning.

While South Florida was spared the major impacts of Hurricane Ian, king tides push sea levels a foot or two higher than normal and were expected to persist through Friday.

A high surf advisory is in effect until 8 p.m., and there are double-red flags, which mean the ocean is closed to the public.

A witness took photos of the incident that showed victims with cuts on their arms and legs, WSVN reported. One person appeared to have a head injury.

‘I have never seen the water this turbulent, ever,’ Williams Schachte told WSVN.

Schachte and Tim Carr witnessed the dangerous conditions from their condo building and then biked to the park to get a closer look.

‘I was really kind of shocked,’ Carr said. ‘It’s kind of the perfect storm between king tides this month and I think the remnants of Ian.’

Another local resident pointed out: ‘It might be sunny, but when you have waves like this and this kind of action, really be careful out there.’

On Friday, it dropped from a hurricane to a post-tropical cyclone as it moved across South Carolina. 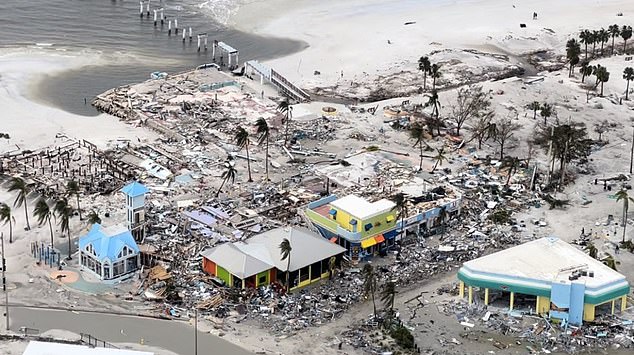 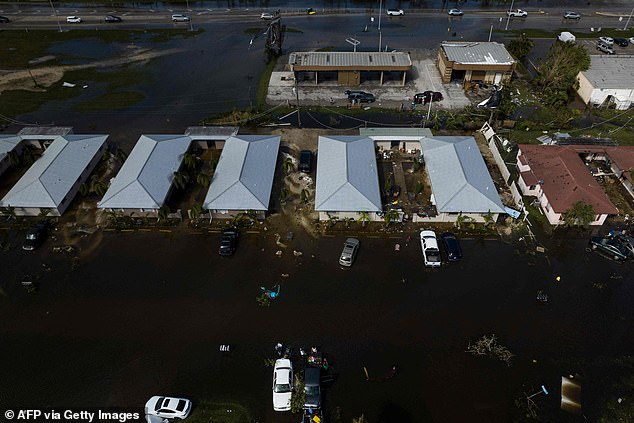 The U.S. National Hurricane Center says Ian, which carved a swath of destruction across Florida earlier this week, had maximum sustained winds of 70 mph Friday afternoon.

Officials in Florida fear the death toll from Hurricane Ian could rise substantially, given the large parts of the state swamped by the storm.

After making landfall with some of the highest windspeeds for a hurricane over U.S. territory, the storm flooded areas on both of Florida’s coasts, tore homes from their slabs, demolished beachfront businesses and left more than 2 million people without power. 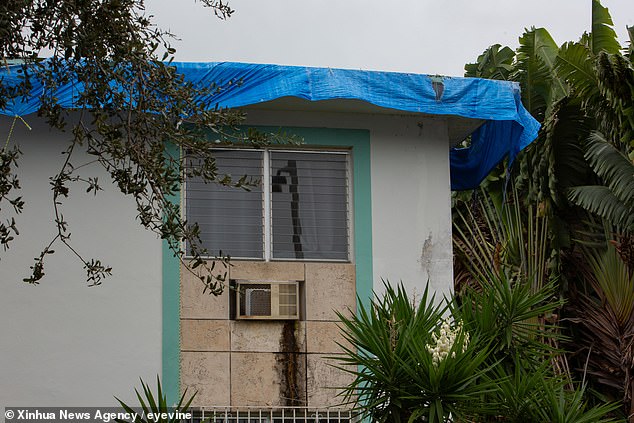 At least 16 people have been confirmed dead in the U.S.

Florida Division of Emergency Management Director Kevin Guthrie said responders have focused so far on ‘hasty’ searches, aimed at emergency rescues and initial assessments, which will be followed by two additional waves of searches.

He said Friday that the initial responders might detect deaths without confirming them.