A specialist dentist has won a $170,000 payout for a one-star Google review after she claimed that she had been defamed online by one of her patients. 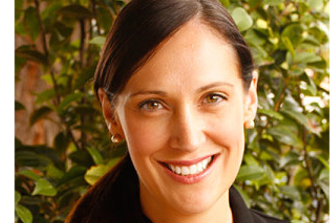 Dr Allison Dean was defamed by one of her patients, a court has ruled.

Ms Puleio told The Age that she was not aware that a judgment had been made against her and that she was worried about losing her house as she couldn’t afford an appeal.

According to the court judgment, Ms Puleio posted four defamatory publications on Google reviews under the names “Cat” and “Daniela” after she had several appointments at Dr Dean’s practice in 2019.

In a review posted on March 6, 2020, Ms Puleio accused Dr Dean of being unprofessional, undermining, failing to diagnose various illnesses and trying to charge her more than was reasonable for work.

Ms Puleio alleged that Dr Dean made “ludicrous” suggestions for her gum lengthening treatment and had bullied and berated her.

According to Dr Dean’s statement of claim, Ms Puleio began her review by stating “I’ll give a one star for the beautiful/worldly consulting room only”.

“What should have been an easy process became an undermining, costly and incredibly unprofessional experience,” she wrote.

“Dr Dean failed to understand my constant frustration and anxiety each time she delivered negative information re what needed to be treated and how.”

Ms Puleio wrote that she was quoted $20,000 for her dental work, which was too much for someone in her financial circumstances.

“I’m a single mother, with top private health insurance and Dr Dean must have assumed that I was the Banko Nationale which is not the case at all,” she wrote. 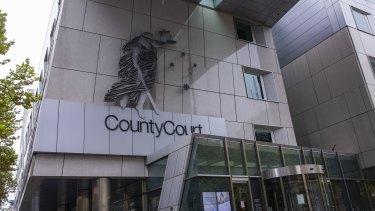 The Victorian County Court awarded damages of $170,000 for a bad Google review.Credit:Wayne Taylor

In evidence, Dr Dean said it was Ms Puleio’s intention to cause as much damage as possible when writing the reviews.

“I can confirm that she has been successful in this regard. The impact of her written word and her associated conduct have caused immeasurable damage to my emotional wellbeing, my psychological and physical health, my reputation, my work and my business,” she said.

“The amount of stress caused by these publications has been more than I have been able to endure and I am desperate to put this experience behind me and move on with my life and my career.”

In her judgment, Judge Julie Clayton accepted that the online reviews had been seen by a large number of people.

“It is likely that somewhere in the vicinity of 100,000 people have viewed the extract of that review which states ‘unprofessional and undermining service’,” she said.

The reviews also had a “grapevine effect”, Judge Clayton said, which meant that the impact of the publications had spread beyond those people who actually saw them.

The court heard that there was a downturn in average weekly page views of the clinic’s website and new patient referrals had also dropped in the immediate aftermath of the reviews.

Judge Clayton also analysed Ms Puleio’s conduct following the posting of the reviews after Dr Dean made a claim for aggravated damages.

Ms Puleio had refused to apologise, according to the judgment, and when asked to remove one of the reviews in exchange for a refund, she demanded that Dr Dean reimburse her fees and pay an extra $1000. 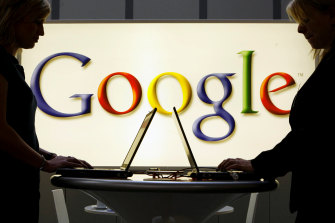 The bad review was posted on Google in March 2020.Credit:AP

“Ms Puleio ends her letter with a thinly veiled threat: ‘I believe this to be fair, considering what damages would cost if I were to proceed ahead and which I have been advised to do.’”

Ms Puleio did not engage a lawyer in the proceeding and filed a defence document that she wrote herself, which denied the defamatory imputations.

She also claimed that Dr Dean had not been injured by her reviews.

After filing the defence, Ms Puleio took no further part in the proceeding and did not attend a judicial mediation.

She told The Age that she had asked for the case to be withdrawn as she had health problems and did not want the stress of a court proceeding.

Dr Dean successfully applied to have the defence struck out and a judgment handed down in her favour based on non-compliance with court orders.

“What was I going to apologise about? I didn’t do anything wrong. I was a patient, I wrote an honest review,” Ms Puleio told The Age.

“It is a true experience that I had, it is my freedom of right to talk about it. Otherwise Google could not have allowed for it to go up.

“I was horrified and mortified because I should be the one to get the money, not her.”

Judge Clayton also agreed that Ms Puleio should pay Dr Dean’s legal costs as she had unreasonably failed to agree on a settlement offer to avoid the case going to court.