The Mafia don who ran his empire from a Lancashire caravan park: Gangster made British friends ‘the Camorra way’ in pub car park punch-ups when he wasn’t flying his mistress over from Italy 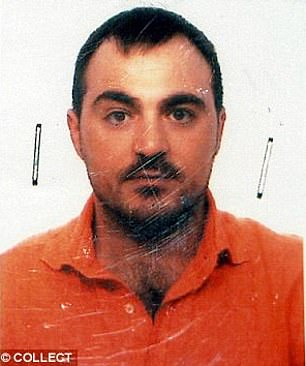 Gennaro Panzuto, 45, has revealed how he was picked up at Liverpool’s John Lennon Airport in a Rolls Royce after he fled Naples in 2006

A mafia don who ran his empire from a Lancashire caravan park after fleeing Italy has revealed how he battered debtors in pub car parks, jetted his mistress over from Naples and kept his neighbours sweet with designer shoes.

From a prison high in the Italian Alps, Gennaro Panzuto, 45, told the BBC how he worked his way up the Camorra, a fearsome criminal syndicate which made a roaring trade in extortion and drug smuggling.

Such was his ruthless success, Panzuto rose to infamy after a bloody inter-clan war ripped through Naples in the winter of 2005-06. So the crook traded Neapolitan spring sunshine to the dewy climes of Six Arches Caravan Park in Lancashire.

In the course of his racketeering, Panzuto had met an English ‘businessman’ who was often in Naples. When he explained he needed somewhere to hide, the Brit was honoured to host the mafioso, arranging for a Rolls Royce to collect him from Liverpool John Lennon Airport – and take him to the pub.

‘You don’t know how much I smiled,’ he told the BBC. ‘These English guys – and they were scrambling to meet me – they sent me this chauffeur. And then we went to the pub.’ 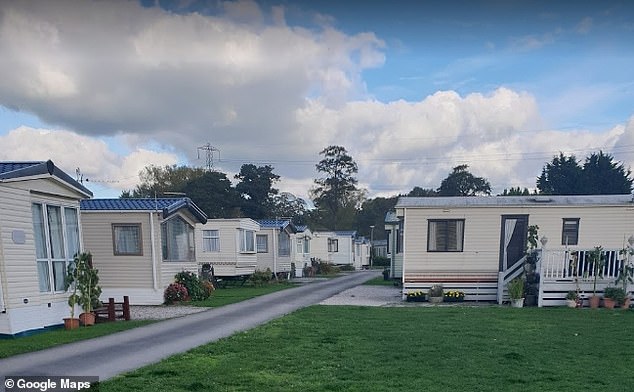 He previously described how he hadn’t been a drinker before arriving in the UK.

‘I never drank beer.’ He said. ‘But I started in England because, when you are invited to drink, if you hesitate people get offended.’

Above all, Panzuto – who had been linked directly to the murder of a gangster called  Graziano Borelli during the winter war – needed to lay low.

And his English friend assured him this would be arranged.

Panzuto rented one of the units in the caravan park and his wife and children soon visited him from Italy.

Despite his penchant for breaking the park’s 5mph speed limit in his Porsche, the locals found him chatty, ebullient and nobody questioned the Panzutos.

One such neighbour was Mick Bury who described furiously banging on Panzuto’s door after he’d clipped his car.

The Italian couldn’t make sense out of what the Lancastrian was shouting but apologised as best he could and gave Mr Bury a number to call.

Around 20 minutes later a suited and booted local man arrived and after assessing the situation slipped £200 from a stack of bank notes.

‘No questions asked – he just wanted it sorted.’ Mr Bury told the BBC. And after that he and Panzuto became friends, memorably watching Italy win the world cup final in Berlin that summer.

And later on Panzuto gave Mr Bury a pair of black Tuscan leather dancing shoes which he still wears to this day when he goes to Northern Soul nights out.

Indeed, he was known for his generosity, handing out Turkeys at Christmas and Panzuto seemed to have an endless supply of shoes.

But it wasn’t all quaint living for Panzuto – his English host was soon asking him to do favours and the Italian willingly did his bidding, hoping to learn about the white collar work the man did.

The Englishman had a debtor he needed some pressure applied to. Panzuto told him he could sort it the Camorra way. 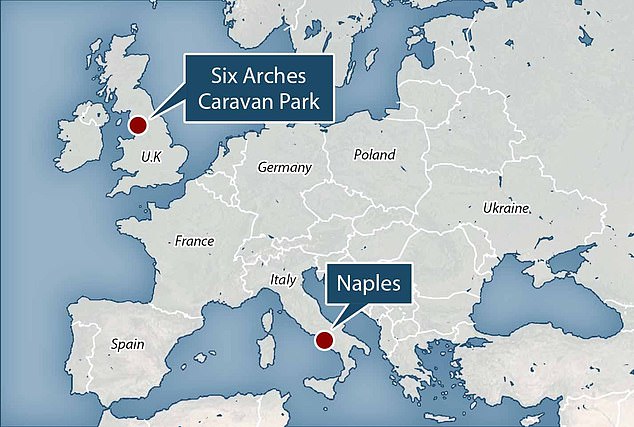 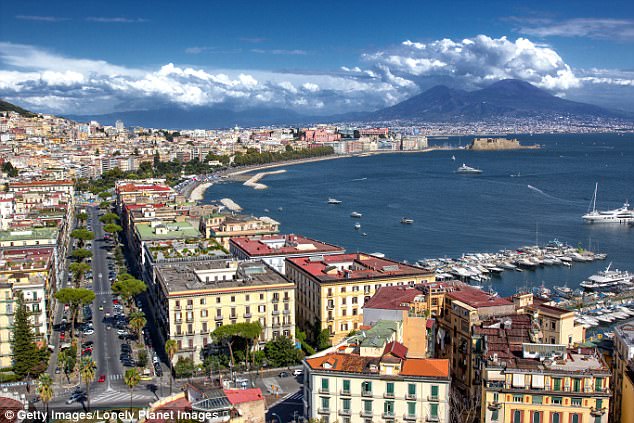 Such was his ruthless success, Panzuto stood amid a bloodbath after a brutal inter-clan war ripped through Naples in the winter of 2005-06

A dinner was organised, Panzuto found the target cocky and threatening despite the large funds he owed. The mafioso invited him out to the car park, grabbed him, headbutted him and threw him to the ground.

The victim was shaken. ‘Remember what I’ve done.’ Panzuto told him. ‘Tell everyone this is how the wind blows now.’

And duly impressed with his efforts, his English host went on to show Panzuto the lucrative world of carousel fraud.

The Italian described his astonishment at how easy it was to dodge the taxman in England compared to Italy, how simple to set up phoney companies and hide the profits of criminality.

And he was able to use his contacts in Italy to create cross-border trade, shifting shoes, plumbing supplies and cars.

By now Panzuto had moved into a semi-detached house on Cock Robin Lane, a leafy village north of Preston.

While he was directing his 1,500 criminal lieutenants 1,500 miles away, his neighbours would often offer to babysit his two young sons.

He was flying his wife in on a regular basis, then his mistress when she was away, and he was holding conferences at his pebble-dash residence with dozens of his capos from the Old Country.

But he was was still one of Naples’ most wanted men and he believes he was lulled into a false sense of security with his white collar work.

On 16 May 2007, two British officers knocked on Panzuto’s door. They asked if he had any guns in the place and when he said there were none he politely surrendered. 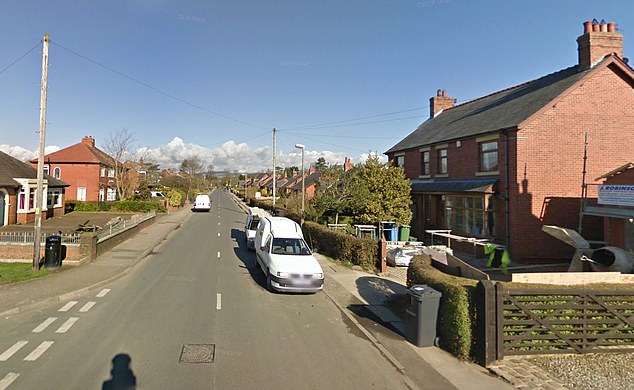 In the latter period of his time in England, Panzuto moved into a semi-detached house on Cock Robin Lane, a leafy village north of Preston

Back at the caravan park his old neighbours were stunned.

He was dragged back to Italy facing life imprisonment for murder, but he was offered a plea deal.

‘Do I need to now spend my life in prison – and if so, who am I doing this for?’ He said he asked himself. ‘I chose my family.’

As a result he could be free as early as 2021. Panzuto told the BBC of his crimes, ‘I am as ashamed as a dog. Murdering people doesn’t take anything – it just takes great cowardice. That’s all.’

As for his old English friend, the broadcaster couldn’t publish his name for legal reasons, but he’s still at liberty draining the taxman out of thousands.