When political activist Sirawith Seritiwat was attacked at a bus stop in suburban Bangkok on Sunday night, the ripples were soon felt among Thailand's exiled dissidents.

Sirawith, 27, was chased down the street and beaten by a group of men carrying sticks, the most violent encounter he had endured in more than five years opposing the military junta which assumed control of Thailand in 2014. He has been detained and charged more than any other activist since the coup. 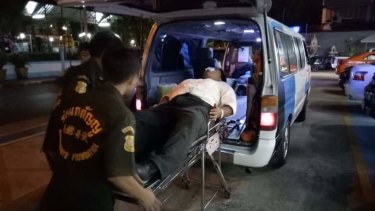 The attacks on Thai dissidents and pro-democracy activists are becoming increasingly violent and are being felt across ASEAN countries. And for political exiles who are critical of the monarchy –many of whom are wanted for lese-majeste or royal defamation – the attacks can be deadly.

Nithiwat Wannasiri is an exiled member of the protest band Faiyen who is living across the border in Laos. He felt certain Sirawith's attack was connected to the deaths of two of his associates and the disappearance of six others in the past three years.

“It’s made us concerned … We know that they’re the same murderers in [our case],” he said. 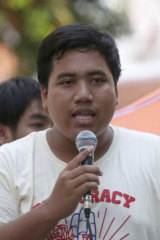 On New Year's Eve, two bodies washed up on the banks of the Mekong River on the Thai-Laos border. They were gutted and stuffed with concrete to weigh them down, and were later identified as belonging to colleagues of Surachai Danwattananusorn, who has spent decades opposing the monarchy and military regimes. Surachai himself has been missing since December 12.

On May 8, three close associates of the band were detained entering Vietnam and have not been heard from since. Reports of abductions in the Lao capital, Vientiane, date from June 2016. All those missing or dead are fierce critics of the junta and question the role of the Thai monarchy.

Sunday’s assault on Sirawith also coincided with threats the band has received in recent weeks – a series of vitriolic and personal messages suggesting they were the next targets of attackers apparently undeterred by the border.

Faiyen member Worravut “Tito” Thueakchaiyaphum, 30, said the exiled critics had been living with threats for five years, but it “has become more serious because eight people have been made disappeared”. 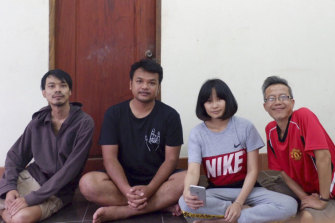 “They sent an assassination squad into Laos. We worked together, we were very close to the victims.

“I am not a criminal, and thinking differently about the monarch is not criminal. Criticising the monarchy should not be a death sentence."

Named for a handheld sparkler, and literally translated as "cool fire", Faiyen's sweet blend of Thai folk and pop music belies the subversiveness of their lyrics. They take direct aim at the monarchy and the country's elite, often including or adapting chants from political rallies. The band broadcasts on radio and uses live social media feeds to spread their music and messages.

Worravut said he and his friends were “the people who want to see Thailand develop and advance".

It has become more intensified and more deadly. I’ve never seen anything like this myself.

"We are not criminals. We want our struggle to be known internationally. This is a liberty and freedom people should have to think differently. We hope the brutality and barbaric acts of the Thai junta will be condemned.”

Human Rights Watch Thailand senior researcher Sunai Phasuk said both the attack on Sirawith and the threats to Faiyen were part of a broader crackdown on dissent, but likely fell into separate categories.

Sirawith was one of three high-profile victims of non-lethal attacks on Thai territory. These were likely about short-term politics, because they targeted opponents of Prayut Chan-o-cha – the junta leader who this week was confirmed as the country’s Prime Minister.

Those in Laos, Vietnam and a registered asylum seeker forcibly returned from Malaysia last month were different. 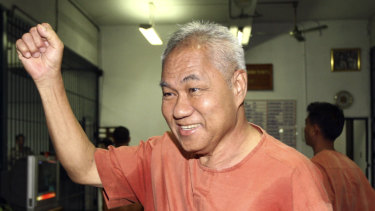 Surachai Danwattananusorn faces court in Bangkok in 2012. He later went into exile in Laos and has not been seen since December 12, 2018.Credit:AP

"They are [seen to be] enemies of the palace,” Sunai said, adding the Prayut administration had made tracking down dissidents in exile a priority.

However, Sunai said it was unclear who was behind the deaths and disappearances. The claims of squads travelling to neighbouring countries were serious and were unlike anything he had heard of before, but were unproven.

“There’s no evidence because there’s no investigation,” he said.

“Laos has responded as if nothing has happened. What has made them turn a blind eye? When the bodies appeared it should have been a red light. What happened? Nothing.

“All the combined signals, even though there’s no clear evidence, suggest someone significant enough to put them under the rug. It has to be someone really powerful to influence authorities in two countries.”

There was also an element of reciprocity with the latest disappearances, as blogger Truong Duy Nhat had been abducted from a Bangkok mall on January 26, Sunai said. He re-emerged in Vietnamese custody, with authorities saying he had been held since January 28.

Sunai said the Thai government had been persistent in asking for assistance to track down political exiles, but with ASEAN countries helping it showed “nowhere is safe for these dissidents any more”.

The rights group repeatedly asked both the Thai and Vietnamese governments about the three activists who vanished on May 8 only to be told there is “no information”.

“They don’t even care to open an investigation. Laos itself says they have never been in Laos.”

The threats, Sunai said, are at a “new high”.

“It has become more intensified and more deadly. I’ve never seen anything like this myself.”

The lack of official response has been consistent. Thailand’s senior Deputy Prime Minister Prawit Wongsuwan, a former army chief who is also defence minister, was asked directly about the whereabouts of the three arrested in Vietnam. The government knew nothing, he said.

After the second disappearance, in July 2016, the army chief of the day said he knew only what was on the news. A promised inquiry into the deaths has failed to materialise.

Junya Yimprasert, a fugitive from lese-majeste charges who fled Thailand in 2010, has seen exiles leave in waves during 15 years of political unrest. Speaking from Finland, where she is helping campaign for Faiyen to find asylum in a third country, she said there were cases where teenage Facebook page administrators had to flee within hours of being wanted for material posted online.

“The Thai media totally censor themselves,” Junya said. “Even the most progressive outlets will be very careful. That is the tragedy of Thailand.”

While Junya has adjusted to a new life, she said the consequences of exile were profound.

“Many of us have lost contacts, we have to stop contacting our families an we cut relations with close friends,” she said. “And there will be more.” 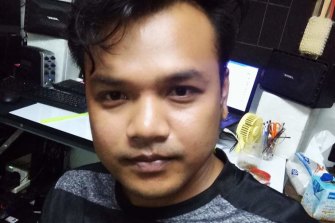 Taking care not to give away his location, Worravut said the band members never travelled alone, rotated a 24-hour guard at their property and had moved frequently over the years. Threats came electronically, as did warnings from friends and family. They had never seen who was after them. Those who did were never heard from again.

“Everyone who has been abducted has been found dead or is presumed dead,” Worravut said.

“I don’t know how many spies have been monitoring my movements, but when they come it will be the end of me.”