BEIJING (Reuters) – Three decades after China’s bloody crackdown on pro-democracy protesters in and around Beijing’s Tiananmen Square, increased government suppression of rights activism has pushed the demonstrators’ original goals further away than ever. 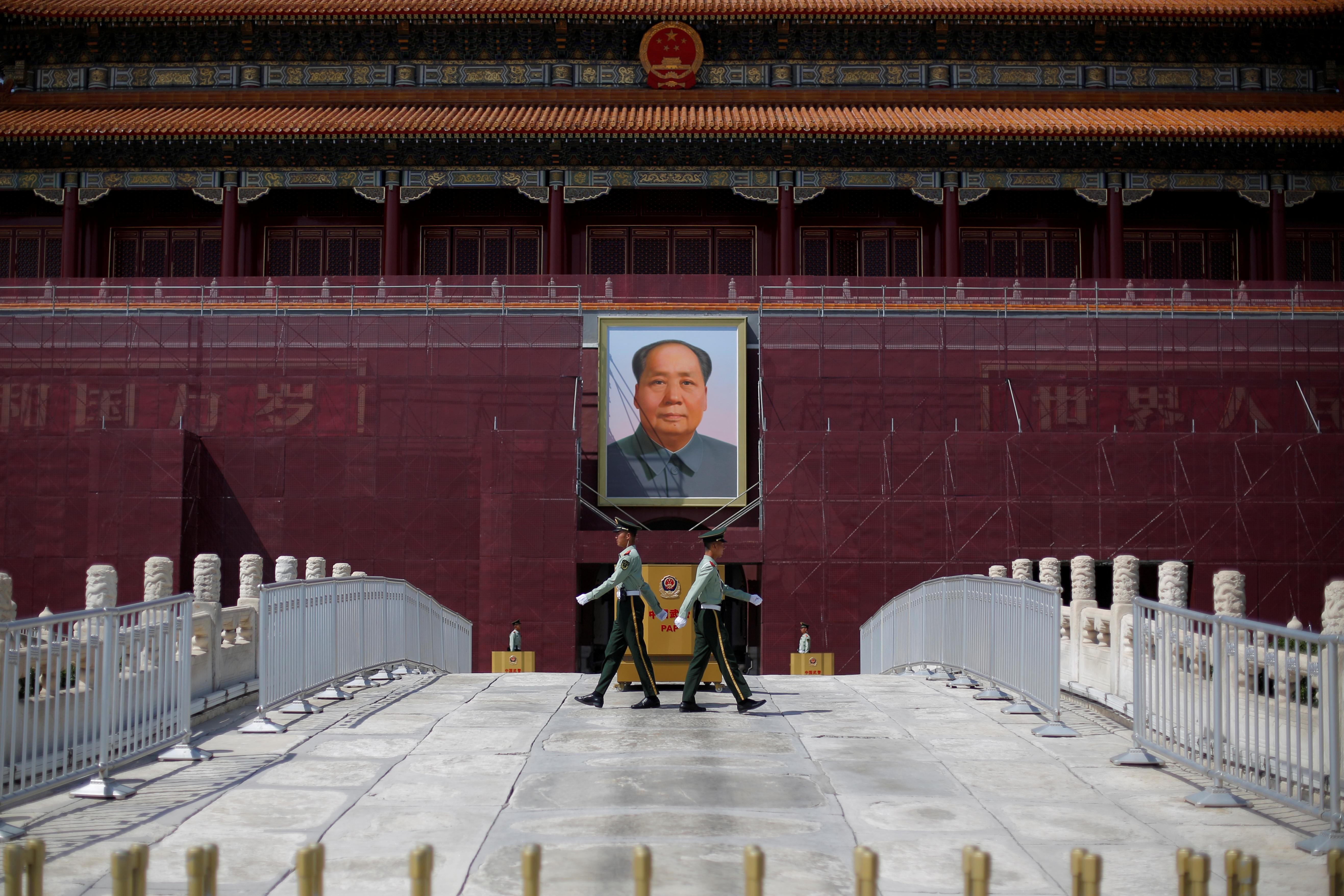 In April 1989, weeks before Chinese leaders ordered a military assault to clear the protesters from central Beijing, tens of thousands of students got behind seven key demands – including a free press and freedom of speech, disclosure of leaders’ assets and freedom to demonstrate.

With the demands embodied in a 10-metre (33 ft) high “Goddess of Democracy” sculpture modeled on the Statue of Liberty and printed on thousands of leaflets, the students defied Beijing’s declaration of martial law in calling for reforms to a government rife with corruption and a country shaken by growing inequality.

But rights advocates say the ruling Communist Party, which on Tuesday faces the highly sensitive June 4 anniversary of Chinese troops opening fire on their own people, has in the past 10 years suppressed a civil society nurtured by years of economic development.

“It is much, much worse than 1989,” Shao Jiang, one of the student leaders instrumental in crafting the list of demands, told Reuters from London, where he lives in exile.

“The Chinese government has turned China into a big prison,” Shao said, referring to the internment of a million or more minority Muslims in its Western Xinjiang region, and the government’s extensive “stability maintenance” measures to monitor dissidents.

China describes the camps as vocational training centers and has justified martial law-like conditions, with mass surveillance, police patrols and DNA collection, in the name of counterterrorism.

Despite a constitution that promises freedom of speech, religion and assembly, large-scale political protests like those seen in 1989 are almost unthinkable in today’s China, where even small demonstrations can be quickly snuffed out by police with sophisticated digital surveillance.

But those who practice more politically anodyne forms of advocacy have also run afoul of authorities.

Patrick Poon, who researches China at Amnesty International, said “only very brave, diehard advocates” would raise systemic questions about governance. It is activism itself that has become the target, he said.

Last year, authorities moved to contain a fledgling #MeToo movement on Chinese campuses, cancelling marches and censoring online posts supporting the women’s rights cause, and detained Marxist activists from some of the top universities who supported workers in the southern city of Shenzhen seeking to form an independent union.

Some of the student activists are still missing.

A foreign non-government organization law adopted in 2016 has put restrictions on hundreds of groups in China, forcing some to suspend operations, cancel events and forego partnerships.

One foreign environmental researcher who asked to not be named told Reuters that her charity was unable to give away funds for the conservation of endangered species in China because Chinese sponsors shunned the group under the law.

International rights campaigners say President Xi Jinping, who took power in 2012, has accelerated efforts by the party to insulate itself from the political demands of an increasingly educated, wealthy and rights-aware population.

“Rights awareness was rising. Civil society had been empowered, and the party saw this as a fundamental threat to its rule and it started to tighten up,” Yaqiu Wang, China researcher at Human Rights Watch, said of China’s renewed crackdown on lawyers and activists since the 2008 Beijing Olympics.

“The values those (Tiananmen) protesters aspired to are further away than ever.”

The anniversary remains taboo in China and will not be marked by the government. On Thursday, China’s Defence Ministry took exception to the use of the word “suppression” to refer to how the military put down the protests, and said China had made great strides.

“In the last 30 years, the course of China’s reforms, development and stability, the successes we have achieved have already answered this question,” spokesman Wu Qian told reporters, when asked for his assessment of the anniversary.

China has never provided a death toll of the 1989 violence, but rights groups and witnesses say it could run into the thousands.

In the intervening years, China has joined the World Trade Organization and become the world’s second-largest economy, lifting millions of people out of poverty.

“From that day on they said, okay, we’re going to give you economic freedom. In exchange you give us your submission,” Wu’er Kaixi, one of the Tiananmen student leaders who now lives in Taiwan, told Reuters.

That has meant efforts to stifle challenges to the party, including the jailing of dozens of rights lawyers and activists under Xi’s administration.

Ahead of the anniversary, censors at Chinese internet companies say tools to detect and block content related to the 1989 crackdown have reached unprecedented levels of accuracy, aided by machine learning and voice and image recognition.

The party has also tightened its grip over academic freedom on university campuses.

Xi has acknowledged that rampant graft and scandals over officials’ extravagant lifestyles risked the party’s legitimacy. But in 2014, as he escalated a sweeping anti-corruption campaign, China handed out multi-year prison sentences to numerous activists who had pushed for government officials to reveal their assets, one of the Tiananmen protesters’ demands.

The party, which does not have an independent anti-corruption body, still insists that it can police itself.

Xi in 2018 cemented his status as China’s most powerful leader since Mao Zedong by removing presidential term limits from the constitution, allowing him to remain in office indefinitely. 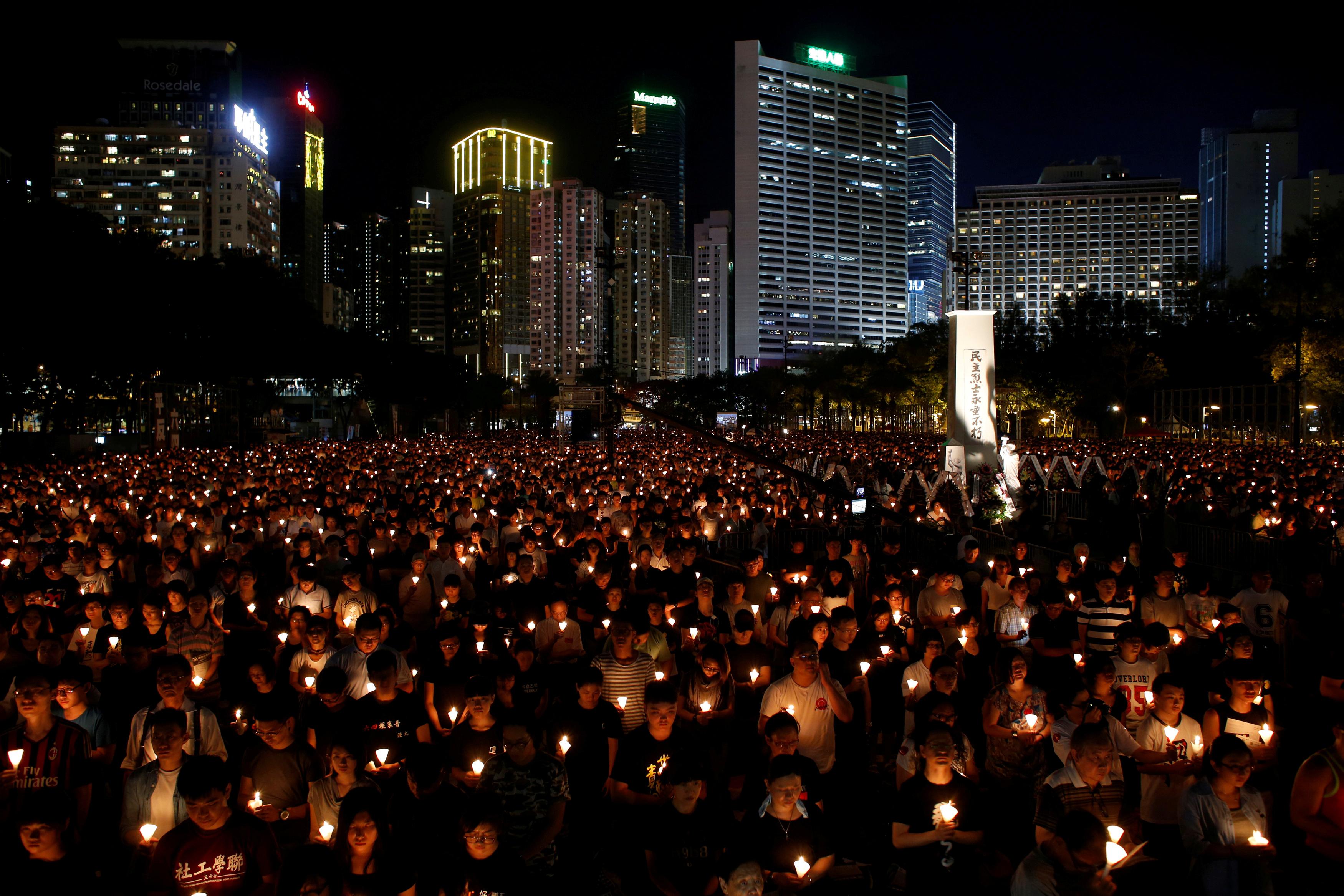 Shao, the London-based Tiananmen activist, said the world failed to hold China to account ahead of the 2008 Beijing Olympics, which symbolized the country’s arrival on the world stage.

Chinese leaders have been emboldened by China’s economic might, and many of the world’s top companies and politicians feel it is too strong to rebuke, said Shao, who was arrested briefly in 2015 by London police for protesting against a visit by Xi.

“Now, democracy is not only facing problems in China,” he said. “Democracy cannot survive if China is the global power.”