1955: Rosa Parks, a Black seamstress, is arrested after refusing to give up her seat to a White man on a Montgomery, Ala. city bus — an incident that would spark a year-long boycott of the buses and the Civil Rights movement.

Also on this day: 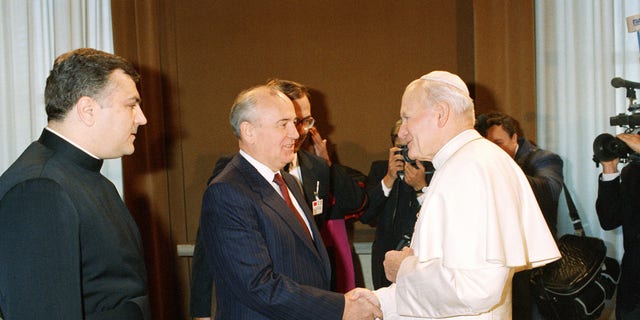 Pope John Paul II shakes hands with Soviet President Mikhail Gorbachev in the first ever meeting between a Kremlin chief and a Pontiff, at the Vatican, Friday, Dec. 1, 1989. (AP Photo/Massimo Sambucetti)