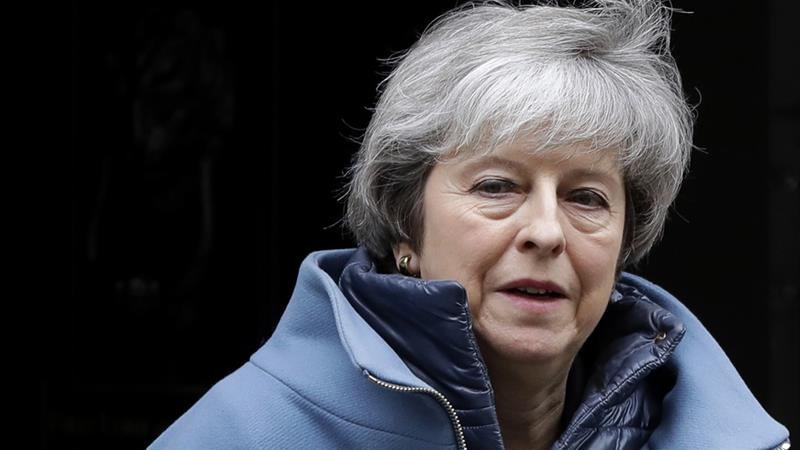 Three Conservative MPs have quit the party to join the Independent Group in the British Parliament.

Anna Soubry, Heidi Allen, and Sarah Wollaston resigned from the ruling party on Wednesday over the government’s handling of Brexit.

The pro-EU legislators have been long-standing critics of May’s strategy to take Britain out of the European Union and will sit with the Independent Group, formed by former Labour MPs this week.

In a letter to British Prime Minister Theresa May, the trio accused the Conservative Partyof abandoning the political centre ground, and said, “The final straw for us has been this government’s disastrous handling of Brexit.”

With Britain’s departure from the EU due on March 29 and no deal yet agreed on divorce terms, the three legislators accused the government of “recklessly marching the country to the cliff edge of no deal.”

The move is a blow to Prime Minister May’s attempts to unite her party around her Brexit plans.

“I am saddened by this decision,” May said in a statement and defended her strategy, adding that the Brexit process was never going to be easy.

“But by delivering on our manifesto commitment and implementing the decision of the British people, we are doing the right thing for our country.”

The Independent Group was formed by seven ex-Labour MPs, including Chuka Umunna and Luciana Berger, and was joined by an eighth MP on Tuesday. They said they quit the Labour Party over its Brexit policy and failure to tackle anti-Semitism.

Labour leader, Jeremy Corbyn, said he was disappointed that the MPs quit and called on party members to unite.

“I am disappointed that these MPs have felt unable to continue to work together for the Labour policies that inspired millions at the last election and saw us increase our vote by the largest share since 1945,” he said.

None of the MPs who have left their parties have resigned their seats, meaning by-elections will not be held to replace them and they will continue to represent their constituencies in parliament until at least the next election.

Both Labour and the Conservatives have experienced bitter infighting over a number of issues, but primarily Brexit.

May and Corbyn have insisted that the result of the 2016 referendum on EU membership should be respected and have so far ignored calls to hold a second referendum.

The prime minister has repeatedly failed to get her preferred agreement to leave the EU passed in parliament and barring an extension, the UK will crash out of the bloc with no deal.

That would mean trading with the bloc and other countries on World Trade Organization rules, which analysts believe will cause huge economic disruption to the country.